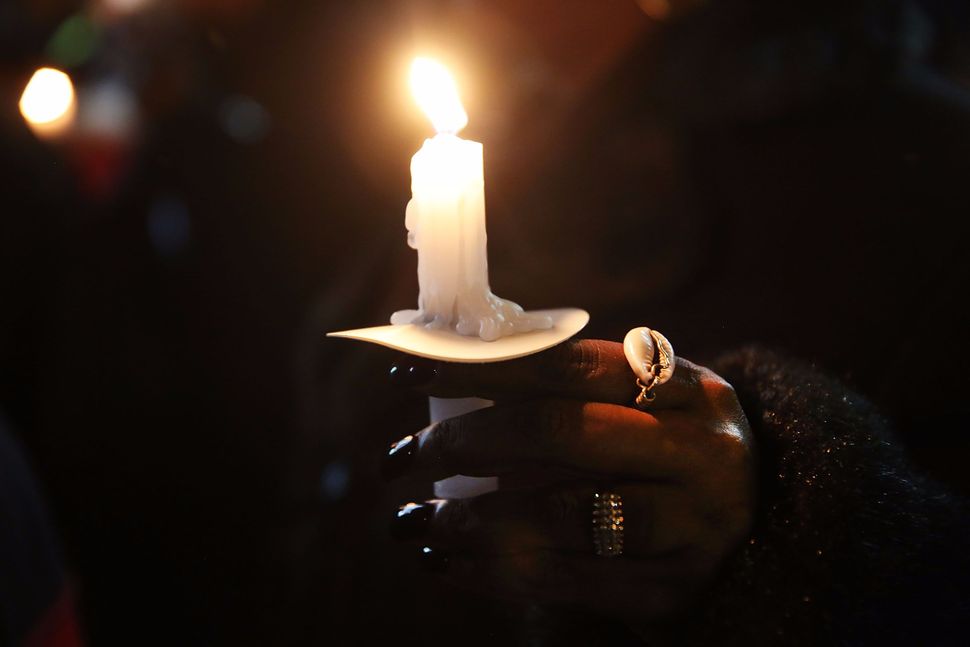 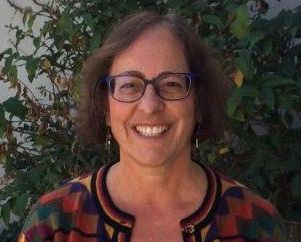 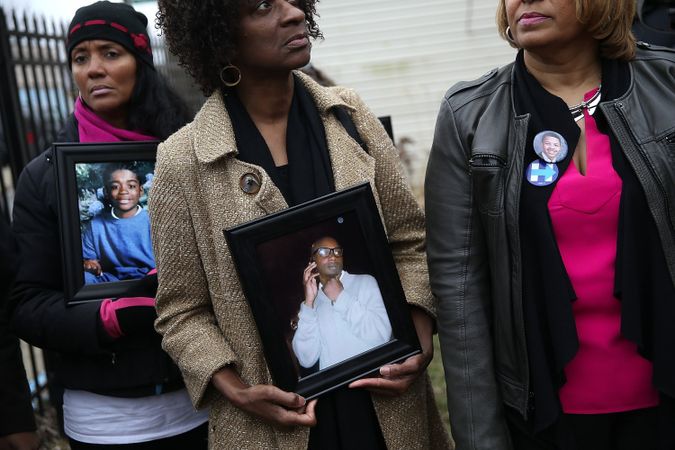 Mothers who lost children to gun violence hold pictures as they wait for the arrival of Democratic presidential candidate Hillary Clinton at the Kids Off the Block memorial on March 14, 2016 in Chicago, Illinois. Image by Justin Sullivan / Getty Images

Rabbis are part of a growing group of American Faith Leaders who have witnessed with anguish our communities being devastated by suicides, homicides, unintentional shootings, and mass shootings. We have consoled families and buried their loved ones. We have seen how the most vulnerable and marginalized members of our society are disproportionately affected by gun killings. And we have watched in disbelief as our elected officials callously and cravenly fail to enact even the most basic legislative reforms to curb the ongoing gun violence epidemic.

We know that it’s already too late for too many; but, as Jewish tradition teaches: “If we are only for ourselves, who are we? And, if not now, when?”

The great Rabbi Abraham Joshua Heschel once wrote, “When I see an act of evil, I’m not accommodated. I don’t accommodate myself to the violence that goes on. We must learn how to be surprised. Not to adjust ourselves.”

Our book, Not By Might: Channeling The Power of Faith to End Gun Violence gives voice to our “surprise” and our refusal to “accommodate” or “adjust.” Each of the sixty-two contributing writers felt compelled to cry out – in poetry or prose, prayer or reflection – against the evil of gun violence. As Rabbis and Jewish activists, we are staking our claim in calling out the American gun fetish as a form of idolatry that values unfettered access to guns over the sanctity of human life. We believe every person is an image of the Divine and each death diminishes us all. Our history has taught us that the opposite of evil is indifference and that we are all responsible. We refuse to stand idly by the blood of our sisters and brothers. In the most heartbreaking of ways, their blood cries out to us from the ground.

We hear the cry of 18-year-old Teshawn Samuel, who was walking around his Brooklyn neighborhood, handing out invitations for his daughter’s birthday party, when four gunman shot him a total of seventeen times. Firearm homicide is the leading cause of death for black males ages 15–34.

We hear the cry of Ebony Spann Parson shot and killed by her abusive boyfriend who, in spite of arrests and convictions for domestic violence, was legally able to own a firearm. Every 16 hours in our country, a woman is shot to death by her intimate partner.

We hear the cry of Angela who checked into a hotel alone, put a gun in her mouth and ended her life. Despite her hospitalizations and well-documented history of mental illness as well as the fact that her family knew she was a danger to herself, she was legally able to purchase a gun. Suicides account for about two-thirds of all gun death in the U.S. Each day, some fourteen veterans kill themselves using a gun.

We hear the cry of 2-year-old Sha’Quille Kornegay who, while napping in bed with her father, discovered his handgun under his pillow and shot herself in the head. Somewhere between 62-100 kids are killed in unintentional shootings each year. More than two million American children live in homes with unsecured guns, and 1.7 million live in homes with guns that are both loaded and unlocked.

The writings in Not By Might are born of great pain, but not defeat. Far from it! They are a clarion call to action. Indeed, Judaism demands that we work for the welfare of society, doing everything in our power to save lives. With 90 Americans killed every day by guns, with 7 of those being children or teens, we know we can – we must – do better. We are committed to educating and advocating for positive, achievable solutions that will save lives and make our communities safer. We are dedicated to combating the fear and misinformation spread by those who profit from gun sales without regard to the damage they are inflicting – the lives stolen and shattered.

The outpouring of reflections from Jewish leaders collected in Not By Might demonstrates the profound sense that Jewish tradition demands we respond to gun violence and that the American Faith Community stands on the side of preserving life and enacting common sense gun reforms.

Not by Might: Channeling the Power of Faith to End Gun Violence (244p, $16.95) is available on amazon.com. Edited by Rabbi Menachem Creditor; Foreword by Shannon Watts, Founder of Moms Demand Action for Gun Sense in America; Introduction by Eileen Soffer.

Eileen Soffer is National Coordinator of Rabbis Against Gun Violence.