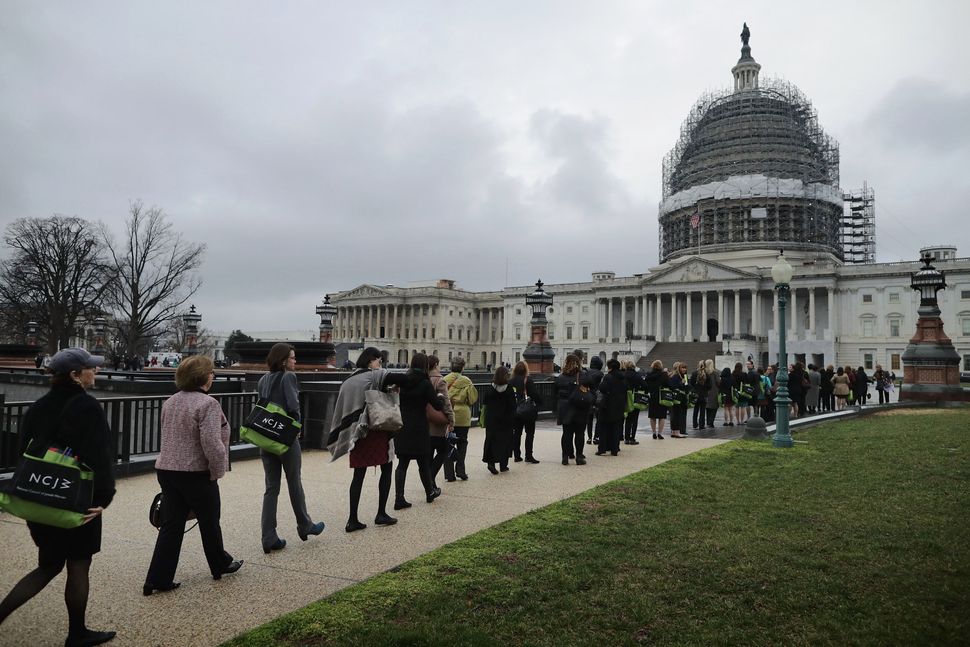 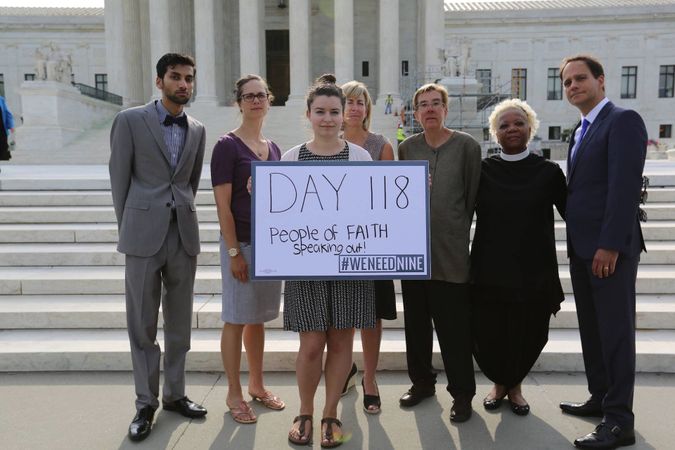 The pursuit of justice is a fundamental Jewish value and a prerequisite to the world we strive to create. Last week, as a part of the National Council of Jewish Women (NCJW)’s #DoYourJob campaign, I spoke out with other leaders of faith-based organizations about the need to give US Supreme Court nominee Judge Merrick Garland a fair hearing before the Senate Judiciary Committee and a vote on the Senate floor. It is vital for faith-based organizations like NCJW to weigh in on this issue because the fate of women, children, and families — which is at the heart of our organizational mission — is so entwined with the delivery of justice through our court system.

It is the US Senate’s constitutional duty to provide “advice and consent” on the president’s nominee to fill a Supreme Court vacancy. In 1916, the nomination of Justice Louis Brandeis by President Woodrow Wilson took 125 days to reach a Senate vote. Ironically, the nomination of Justice Brandeis was so controversial that the Senate held hearings on it — the first-ever for a Supreme Court nominee. Now, the Senate is denying such hearings to Judge Garland. Judge Garland is a highly respected jurist with unprecedented bipartisan support and more judicial experience than any nominee in history. He received the highest possible rating from the American Bar Association, which noted that “not one person uttered a negative word about him” in hundreds of interviews, and said he “displays the temperament, integrity and professionalism necessary to serve on the Supreme Court.” Yet even he can’t get a hearing, never mind a vote. 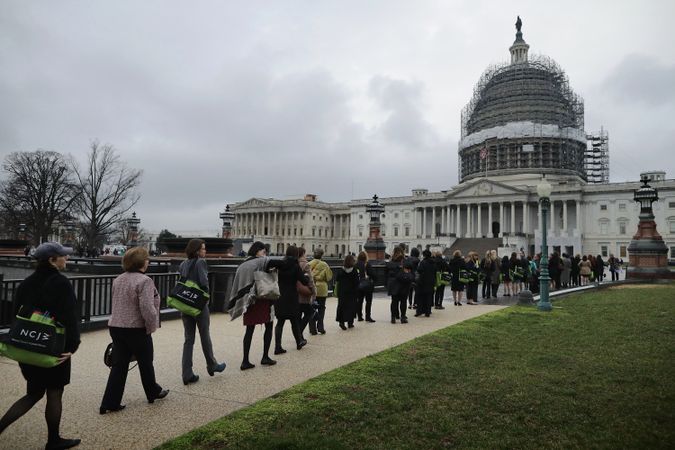 It has been more than 125 days since Merrick Garland was nominated by President Obama for this vacancy — the longest wait ever for a nominee to the Supreme Court to receive a hearing and a vote. Never in American history has a Senate majority refused to consider someone nominated by the president to the Supreme Court. In fact, six Supreme Court justices have been confirmed in presidential election years, the most recent of whom was Justice Kennedy. The argument that a president has no business filling a Supreme Court vacancy in an election year is constitutionally false and will likely result in no ninth justice until the spring of 2017, a full year after Justice Scalia’s death.

This is no way to run a country. This delay is leaving the court without a full complement of nine justices to decide some of the most critical issues facing our country. When the court can’t reach a decision because of a tie vote, that means we have no way of resolving the conflict that arises when different circuit courts come to different conclusions. It means that laws intended to be national in scope are enforced differently depending on where you live.

That’s why NCJW helped convene an Interfaith Week of Action to fill the US Supreme Court vacancy, galvanizing national faith-based groups and their members for a week of speaking out — on social media, through calls to senate offices, and by signing on to a Moral Message to the Senate. We know that faith voices can and should play a major role in ensuring the Senate does its job. We were pleased to coordinate the Interfaith Supreme Court Vacancy Week of Action with our partners the African American Ministers in Action, Anti-Defamation League, Hindu American Foundation, National Council of Churches, and the Religious Action Center of Reform Judaism, and we appreciated the participation of so many more faith-based groups.

The Senate just left town for a 7-week recess without having done anything to move the nomination forward. While Senators are back home in their districts, voters will have plenty of opportunities to demand an end to such obstructionism. We must demand our Senators to do their job.

The court’s decisions have a major impact on the core issues of American life: voting rights, healthcare, reproductive justice, education, religious liberty, immigration, the death penalty, campaign financing, and more. These issues have moral dimensions that call out to Jews all people of faith. Ensuring that justice prevails in a constitutional democracy means each player must do his or her part. That includes the US Senate, too.