Congressman Nadler: Trump is a Fascist 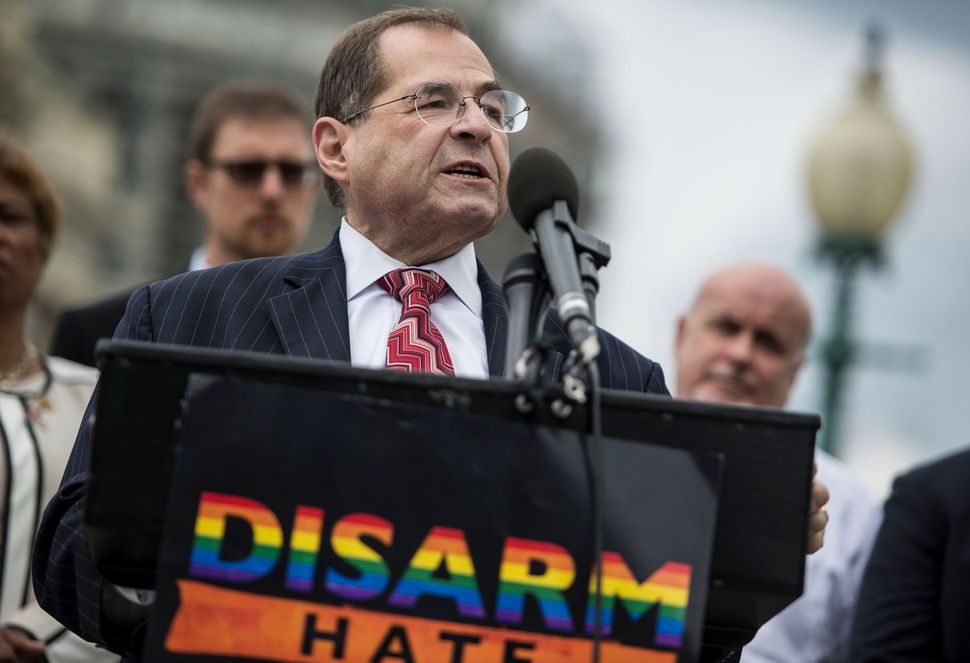 At the Democratic National Committee’s Jewish roundtable on Tuesday, Congressman Jerrold Nadler told those assembled that the Trump campaign had passed the line into fascism.

Nadler said that he had been a very active antiwar protester in his younger days, “but always felt that people used the word fascist too loosely.” “However,” he added, “this is honestly the first fascist I’ve ever seen running a presidential campaign — with the possible exception of Huey Long [governor of Louisiana and senator], who was assassinated in 1935.

Nadler, who was introduced as a tireless advocate for the Jewish community, also referred to Trump’s preference for school prayer. “When I was a 9th grader, the Dean would read from the Bible every day,” he recalled. “Each time he read from the New Testament, I felt imposed upon. It was as if they were saying, ‘well, we’ll tolerate you, but we run the show.’” But following the 1962 Supreme Court decision [Engel v. Vitale] deeming school-sponsored prayer unconstitutional, Nadler said he felt liberated.

“Trump’s religious opinions shouldn’t affect your options,” said Nadler. “He is dangerous; he is ignorant of facts. He said he will adhere to NATO regulations only if they make sense.That invites Russia to wage war against the Baltics.”

Citing Trump’s February statement that he would be neutral regarding Israel and Palestine, Nadler emphasized that a two state solution is necessary. “Otherwise, Israel will not be both Democratic and Jewish,” he said. “But Trump has never studied public policy. You can’t be neutral, because Palestinians don’t want a Jewish state.”

Congressman Nadler: Trump is a Fascist