The Government of Israel Is Making Arab Citizens a Priority. Are We? 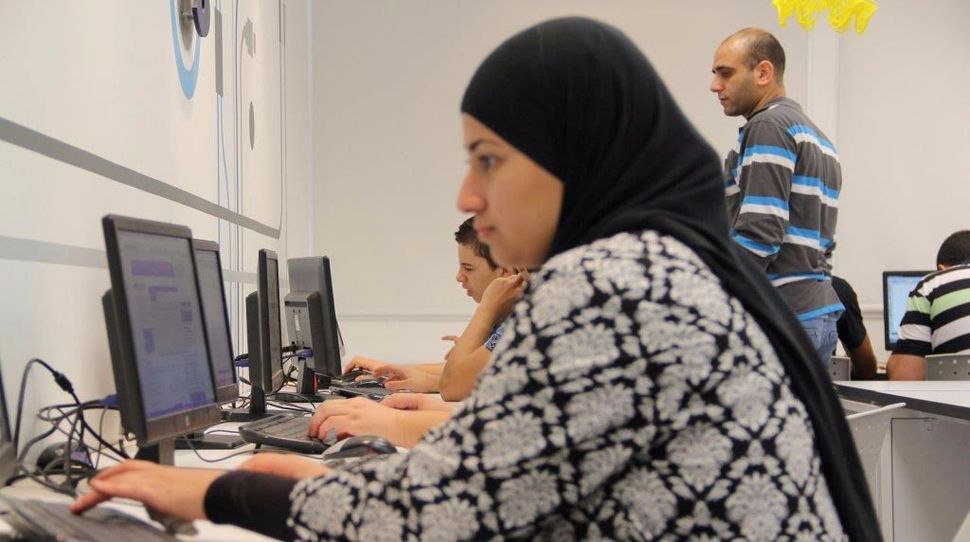 The government of Israel has begun implementation on the biggest plan ever developed to close economic gaps between the country’s Jewish majority and Arab minority. If the plan succeeds, within five years, thousands more Arab engineers will be integrated into the hi-tech sector; Arab students will increase from 13% to 17% of Israel’s undergraduates; informal extracurricular education will be developed throughout Arab localities; and day care options will be available to many more Arab women so they can go to work.

Within five years, the Israeli economy—which according to the Ministry of Finance and Ministry of Economy is no longer sustainable without enhanced Arab participation—should start to see a difference. In the process, more of Israel’s Jewish and Arab citizens will work together, study together, and learn about each other, and Israeli society will see a difference as well.

The American Jewish community invests approximately $2 billion philanthropic dollars in Israel each year. Jewish advocacy groups raise awareness and support. Countless missions bring American Jewish leadership to experience and learn about the country first hand. But how often do these efforts encompass the Arab citizens who make up 21% of Israel’s population? How often do they include Jewish-Arab relations that are described by government officials as the “most sensitive and important domestic issue facing Israel today?” 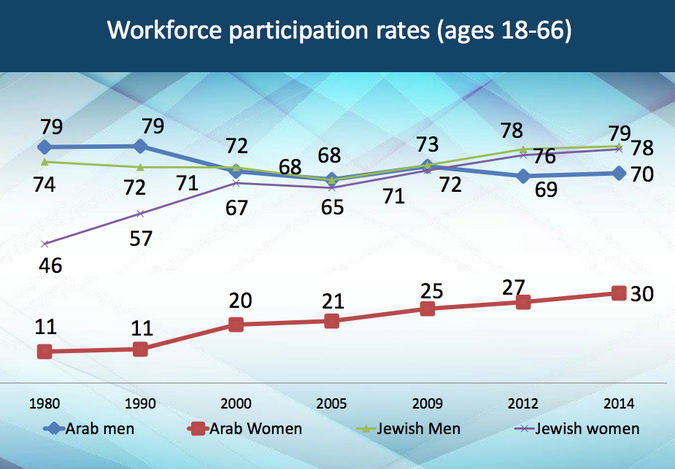 Arab citizens (Muslims, Christians, Druze and Circassian) make up 1.7 of Israel’s 8 million people and lag behind the Jewish majority on all socio-economic parameters. Arab women are at only 35% employment, compared to 79% of Jewish women. Arab men, more often than not work below their qualifications and potential, unable to break into Israel’s most productive industries. Arab localities consistently rank lowest on Israel’s economic viability scale, lacking services and infrastructure necessary for industry and development. Thus despite being one-fifth of the population, Arab citizens account for only 8% of Israel’s GDP.

Along with economic gaps, Jewish and Arab citizens have few opportunities for meaningful interaction. Arabs and Jews live mostly in separate towns, attend separate Hebrew and Arabic public school streams, participate in separate social networks, and most Arabs are exempt from military service—though a growing number are civil service volunteers. Arab citizens who enroll in Israel’s higher education institutions frequently say this is the first occasion in which they share a life experience with Jews side-by-side—likewise their Jewish peers.

Government-backed economic development projects send a strong message of inclusion to Arab communities, one that is being reciprocated by Arab municipal leadership throughout Israel. At the same time, harsh and polarizing rhetoric from Arab and Jewish members of Knesset, as well as a series of controversial legislative proposals that favor either the Jewish or democratic character of the state over the other, reinforce divisions. With so few points of personal contact, Jewish-Arab relations in Israel are all the more subject to political fluctuations and cross-border conflicts. Historically, times of calm have allowed efforts towards mutual understanding to grow. Escalations, like the recent wave of terror or military responses to missiles from Gaza, foster long-lasting suspicions.

How do such fluctuations in Israel’s Jewish-Arab relations affect efforts towards economic integration? How will this economic development plan affect Jewish-Arab relations? Can closing socio-economic gaps bring about full integration into Israeli society? These are questions that beget more questions: what are the sentiments on the ground? Who is advocating for these developments? Who is resisting change? Are those implementing the plan taking these voices into account?

Despite, or perhaps because of their intricacy and sensitivity, the issues underlying these economic and social developments are difficult to explore in the American-Jewish media in a way that reflects their complexity and evolution. 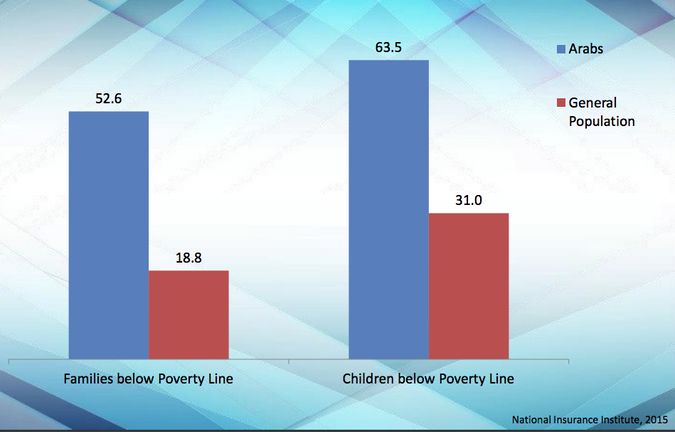 Yet, changes are taking place that appeared inconceivable at one point: Arab women have begun to enter the workforce in large numbers (from 26% to 35% employment rates in just 6 years); Arab professionals are joining Israeli high tech (from 250 individuals to more than 3000 over the same period); an Arab woman lawyer has been appointed Israel’s Equal Employment Opportunities Commissioner and is now the highest ranking Arab government official; the list goes on.

Learning about Arab citizens means engaging some of the most salient questions about Israel’s identity and future. Let’s make sure we are all a part of the discussion.

Michal Steinman is the Executive Director of the Inter-Agency Task Force on Israeli Arab Issues.

The Government of Israel Is Making Arab Citizens a Priority. Are We?