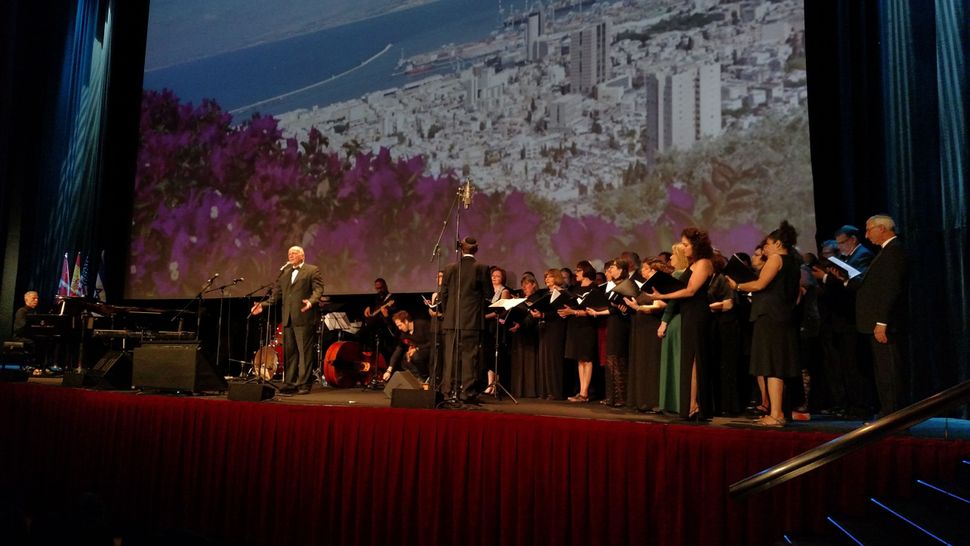 On July 4, a group of about 375 people from the U.S. and Canada, including about 50 cantors, arrived in Barcelona on a historic Cantors Assembly Mission to Spain. This was the 3rd Mission of the Cantors Assembly, conceived and led by the indefatigable and visionary Nathan Lam of Stephen S. Wise Synagogue of Los Angeles.

What difference does it make for a Jewish group tour to Spain to have at its core these members of the Cantors Assembly? And what’s the Mission?! Mission 1 was Poland in 2009. Mission 2 was Germany in 2012.

The unifying idea is to deepen the experience – to celebrate the culture that coursed through these places before the Jews were driven out. In the first two cases, it also became an opportunity to overcome our anger about what happened to our people—not to forget (God forbid), yet to reach out to those who have been reaching out to us. In Poland, which once was one-quarter Jewish, many people have come to realize that you cannot tell the history of Poland without incorporating the history of its Jewish community. When we were in Warsaw, ground was broken for the first Polish Museum of the History of the Jews – not the extermination of the Jews, not another Holocaust commemoration.
Traveling in the company of 50 or 100 hazzanim means that you get to see and hear the music that came from these places, and share that music with the people who live there now – Jews and non-Jews.

Going to Spain, the heart of what became worldwide Sephardic Jewish tradition, was our natural next destination, even though we of the Cantors Assembly are overwhelmingly Ashkenazic in lineage. Our current President is Alberto Mizrahi, whose family came from that part of the world. Alberto’s family wasn’t from Spain, but rather from Salonica. Yet that means they were once from Spain. And that phrase – “once from Spain” – is at the heart of more Jewish life than we tend to realize.

Many of you have probably visited Spain, and if so, you have likely visited the “Jewish sites” of Spain. I put those words in quotes because there often isn’t much to see—and often isn’t much to feel. The Jews left Spain by 1492 – many earlier than that. It’s not the same thing as having left in the 1930s. Not by a long, long shot.

I felt that one of the main benefits of the Cantors’ mission would be to overcome a problem that you other Jewish Spain-visitors may have experienced. That you SEE it, but you don’t feel it in the kishkes. (That shows the problem right there, doesn’t it? There are no kishkes in Spain. If I’m not mistaken, in Spain, they are tripas.)

In addition to Mizrahi, whose heritage was Sephardi, but whose training is Ashkenazi (and Alberto is a master interpreter of Ladino song and prayer and concert works from the Sephardic tradition), our group included Aaron Bensoussan. Born in Morocco, he is a 3rd-generation Sephardic hazzan who also chose to study Ashkenazic hazzanut. His original melodies have a ta’am – a taste – that brings you to Morocco for sure – and perhaps back to its Spanish roots. And we have a dozen or two native Spanish-speakers – an influx of hazzanim who have joined our organization after having emigrated to the U.S. and Canada from Argentina, Ecuador and other Latin American countries.

Jewish music was a varied and deep presence on our trip. Dozens of colleagues were featured in concerts and musical services, providing a sound track that no other visitors to Spain or “Jewish Spain” have ever had before. From a celebration of Jewish music from around the world on July 4 in Barcelona to several evening concerts in formal concert venues and to the Shabbat services held in one of our hotels, those who were in our 10-bus entourage were treated to music in Hebrew, Spanish, Ladino, Yiddish, English and more – music sung by an inspiring cast of men and women from coast to coast and Canada, from the Conservative and Reform cantorate included in our membership.
We also enjoyed daily lectures by Professor Eliezer Papo of Ben Gurion University and Professor Stephen Berk of Union College. What did we see on our trip? And what didn’t we see?

Jewish life in Spain was rich and deep. Though it originated probably in the 2nd century CE and flourished centuries later, it disappeared completely after the expulsion of 1492. After that, there simply isn’t anything Jewish to see in Spain—yet those who left Spain took with them a vibrant Jewish and Spanish culture that they nurtured in many of the places they went; a culture that continued to flower in a specifically Spanish way in some places for centuries, and a culture that affected “normative” Jewry – that which is shared by both Sephardim and Ashkenazim in ways that we typically haven’t recognized, appreciated or acknowledged— the work and teaching of Rambam and Ramban (Maimonides and Nachmanides) and Joseph Caro, Kabbalah and Jewish mysticism. How is it possible that our people were thrown out and turned out to build so much in the other places they went?! That’s an old story, and a familiar story; a very Jewish story.

It is difficult to imagine a rebirth of Jewish life in Spain, but who knows what opportunities might lie ahead? As to the past, Don Isaac Abravanel, statesman, philosopher, Bible commentator, and financier, who was born in Lisbon in 1437, fled to Toledo in 1483, fleeing again from Spain days after the Expulsion Edict of 1492, later wrote “From the rising of the sun to its setting, from north to south, there never was such a chosen people (as the Jews of Spain) in beauty and pleasantness, and afterwards, there will never be another such people. God was with them, the children of Judea and Jerusalem, many and strong… a quiet and trusting people, a people filled with the blessing of God with no end to its treasure.”

We went to Spain in search of a trace of this remarkable people. We found little evidence remaining. Yet the evidence is with us every day. Day by day descriptions of our experiences can be found on my blog, “A Cantor Speaks.”

Cantor Jack Chomsky has served at Tifereth Israel since 1982. He is a graduate of Brown University and the Cantors Institute of the Jewish Theological Seminary.