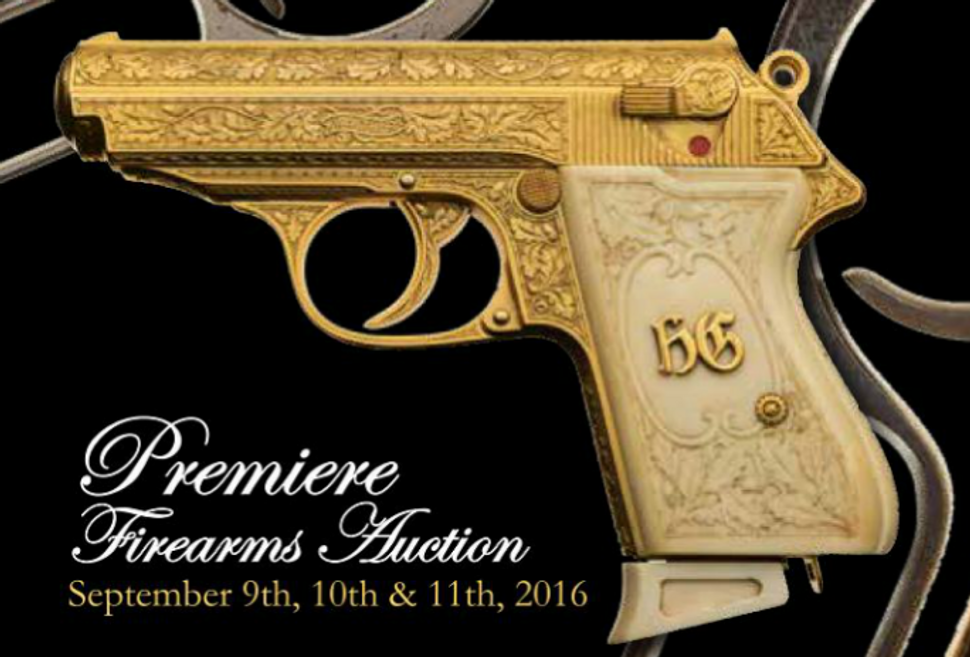 Image by Screenshot from Rockislandauction.com 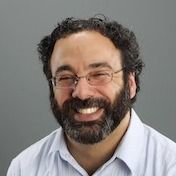 Rock Island Auction Company is putting the gold-plated semiautomatic pistol of a notorious Nazi war criminal up for bid in September. A golden Nazi gun. It is estimated that Hermann Goering’s Walther PPK will sell for $250,000 to $400,000.

But wait; there’s more: The Rock Island Auction is also sponsoring and a “Freedom Challenge” to raise $1M for the NRA.

Rock Island’s own description of the Freedom Challenge reads: “The Supreme Court’s greatest Second Amendment advocate — Justice Antonin Scalia — has passed away, leaving a vacancy on the Court that the next president will fill. Simply put, our firearm and other freedoms hang in the balance and it will take an army of us to take a stand.”

Let me state this even clearer: a gold-plated gun that once belonged to the founder of the Gestapo is being sold in America, demand is high, and the same auction site selling this gun is raising money for the National Rifle Association (NRA). The NRA, in turn, will use the money for legislative action – opposing every national and state effort for gun safety, including expanded background checks which evidence shows are the single most effective way to keep guns out of the hands of dangerous people and save lives and which are supported by the vast majority of Americans, including gun owners (polling shows between 85%-92% support). And the sponsor of this weaponized debacle believes that it will “take an army of us” to make America right.

As Reverend James Atwood, author of “America and Its Guns” correctly points out, absolute trust in guns and violence morphs easily into idolatry. Idols are objects, often fetishized, that inspire devotion, that seek the divine by capturing it in a thing. And the worship of any “thing” is a violation of biblical proportion.

Simply stated: America has a problem. We violate the Second Commandment as we worship one reading of the Second Amendment.

Rabbis Against Gun Violence is appalled by the manner in which this auction is being held – the description of the gun and its former owner demonstrates the idolization of firearms in our country and the added allure for some of the Nazi connection. Included are cufflinks and a ring from Hermann Goering, the man whom Adolf Hitler appointed as his successor.

We also object to having the NRA profit from “murderobilia” – even indirectly – and believe that any profits should be donated – perhaps to the United States Holocaust Memorial Museum as suggested by One Pulse for America.

In Jewish terminology, even if the money raised by this auction were going to a righteous cause, it would be ‘treif,’ invalid, because it would be a “mitzvah derived from a sin.” The classic case in the Talmud involves a stolen ritual item, invalidated by its theft from ever being used again for the fulfillment of a religious obligation. So, even if the auction site or the NRA designated to Gun Violence Prevention the monetary proceeds of a Nazi gun, Jewish law would call their act sacrilege. As should every person of faith.

The blood of our ancestors was shed by this hateful thing. It is not a thing of beauty, not something to be cherished. Americans of every political persuasion should see the wrongness in fetishizing a murderous tool of hate and demand of the NRA that it publicly disavow any connection with this sale.

In the Book of Exodus, God sees the Israelites worshipping a Golden Calf and despairs that they will ever learn. Moses stands in the breach, believing that even a stiff-necked nation can repent from the sin of idolatry. May we continue to believe in America no less. Our children’s lives depend on it.