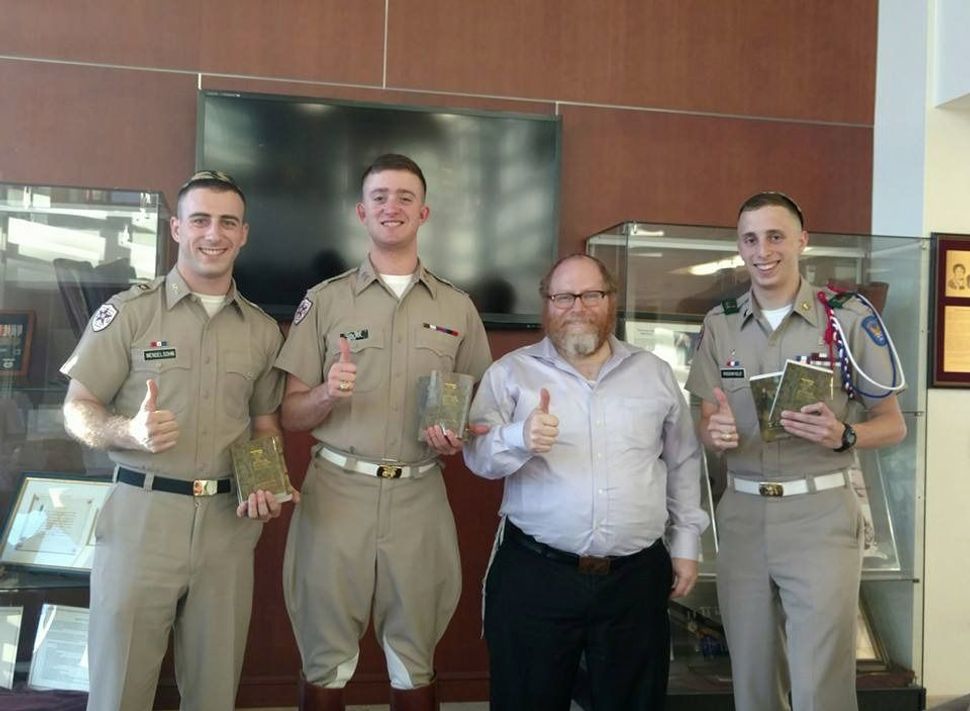 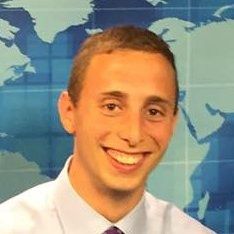 I’ll be the first to admit. College Station, Texas is an awkward place for a Jew. Living in Dallas for eighteen years, the Jewish community was as much a part of me as every other facet of my life. Most of my friends were Jewish, I was heavily involved with BBYO, and I attended religious school every week. Anywhere I went, I would pass at least one synagogue or Jewish institution.

So when the time came to decide where to apply to college, it was a no-brainer. I would follow my family legacy and many of my Jewish friends and attend the University of Texas at Austin, or “T.U.” as us Texas A&M Aggies affectionately refer to the school as. From what I knew, the Jewish community in Austin was strong, and per my mother’s wishes, I would find an acceptable, intellectual, nice Jewish girl by the end of freshman year.

But then, as my senior year began, my feelings began to change. I received an Air Force ROTC scholarship. The idea of public service and doing something greater than oneself appealed to me, and I wanted an institution that would provide a solid foundation to train me for a military commission. I visited Texas A&M, a place as foreign as North Korea among my Texas Longhorn parents’ friends, and I was hooked.

On my visit, the Texas A&M Corps of Cadets, a 2500-student military organization, was an avenue for challenge. There were only five Jews at the time, but for me, I wanted an opportunity that I could look back on years from now, and be proud of.

It was all fun and exciting, until Freshman Orientation Week.

For all non-Aggies, Freshman Orientation Week is a ten-day intensive training for all incoming freshmen in the Corps of Cadets. You come into the training as a high school graduate, and leave with a little less hair, uniforms that are worn every day of class, instruction on how to speak to upperclassmen, march, and the confidence that you are ready for the challenges you will face over your four years in the Corps and at Texas A&M.

Initially, I felt out of place as a Jewish Aggie in the Corps. I had challenges that I thought no one would understand. My unit was made up of all Christians except for me. Attending religious services on a Friday night was a foreign concept to my upperclassmen, and to some of them, I was the first Jew they had ever met.

But being a Jewish cadet at Texas A&M has been one of the greatest blessings that I would have never imagined.

As a Jewish cadet at Texas A&M, I have a tight-knit Jewish community. Though small, the Aggie Jewish community is closer than most. We have a Chabad and Hillel with professional staff that other schools look up to, and whose ONLY focus is the well-being of their Jewish Aggies.

As a Jewish cadet at Texas A&M, I am not a number. I am part of a Jewish community where each person makes a difference and is encouraged to lead. Every Jewish Aggie plays a role in our success. My sophomore year, I was able to play an integral role in my Corps of Cadets unit as well as serve the Jewish community as president of Hillel. I earned the respect of my peers on campus and the leaders of my institution because of my involvement with the Corps as well as my commitment to my Jewish people.

As a Jewish cadet at Texas A&M, I have NEVER experienced or witnessed an anti-Semitic act. I can walk proudly, wherever I go, with a “chai” necklace or a t-shirt with the Israeli flag without fear of humiliation or aggression. This year, as a senior in the Corps, I earn the privilege of wearing “senior boots,” hand-made leather riding boots. I proudly have a Star of David printed on the outside of the boot.

As a Jewish cadet at Texas A&M, I am in a community of scholars, supported by university administrators, faculty and even the Commandant of the Texas A&M Corps of Cadets as a Jew and a proud supporter of the U.S.-Israel relationship. In my role as Hillel president, I saw campus leaders take a genuine interest in the Jewish community and regularly attend Jewish community events.

As a Jewish cadet at Texas A&M, I have grown as a Jew. I represent my community every day, and I engage with peers who are curious about my background and my Jewish identity. I was able to travel with non-Jewish cadets to the concentration camps of Germany and Poland, where I discussed with my peers my experiences as a Jew.

At the end of last year, I was appointed to represent the student body as Executive Vice President of the Texas A&M Student Government Association. This would not have been possible if not for the incredible support of my community and the experiences I have gained as a Jewish leader.

If you are a Jewish high school student, deciding where to spend the next four years of your life, I urge you to come try out Texas A&M. You will step on campus and be challenged: academically, personally, and spiritually. But you will come out as a stronger Jew. You will enter the real world as a person of character. You will graduate with values and join a network that will make you question why you applied to any other university other than Texas A&M.

In nine months, I will graduate from Texas A&M University, my home for the last four years, and commission as an officer in the United States Air Force. I will no longer take classes, and my days in the Corps will be over. But the opportunity to be a Jew at the world’s greatest university will stay with me for years to come.

Dan Rosenfield is a senior from Plano, Texas studying Communications and Urban Planning at Texas A&M University. He is the founder of the pro-Israel group in College Station, and although he was raised by Texas Longhorns, Dan is now a proud Texas A&M Aggie and SEC football fan. After graduation, he plans on commissioning in the U.S. Air Force and hopes to be selected as a public affairs officer. He can be reached at daniel.b.rosenfield@gmail.com