Yes, You Will Have Haters. Speak to Your Kids in Another Language Anyway. 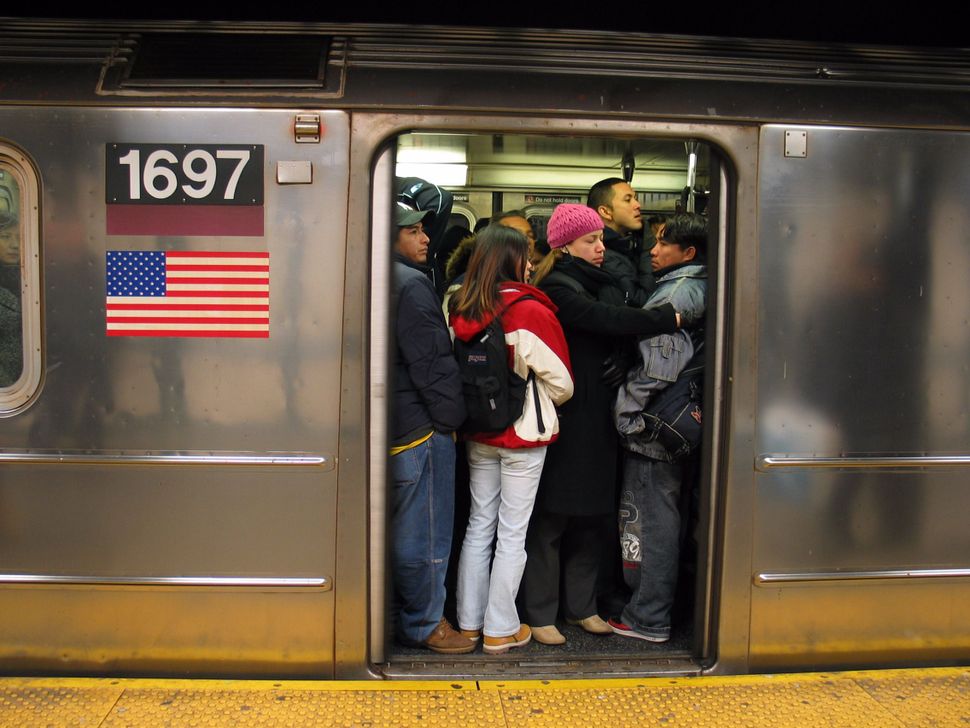 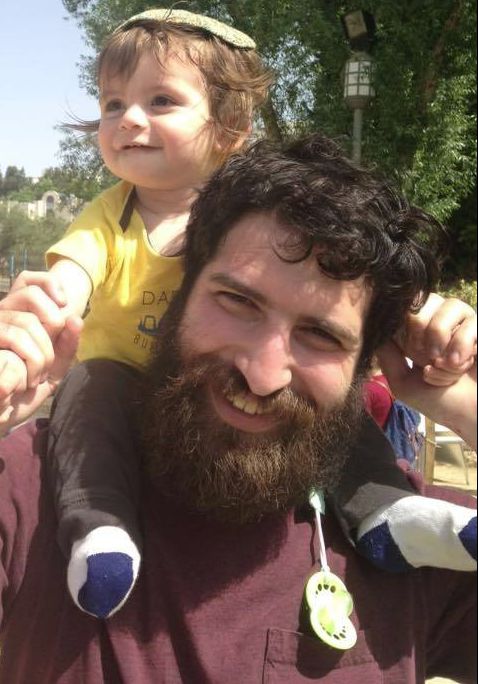 My mother’s parents spoke Yiddish when they didn’t want the kids to know what they were talking about. Yeah – her parents, and everyone else’s, too! Of course, it’s ironic that now I’m speaking Yiddish – and only Yiddish – with my own child, specifically so that he’ll learn and use the language. It’s also an ironic twist of history that when I speak Yiddish with my son, it’s my parents who don’t understand.

I’ll be honest: I enjoy the irony. It’s a positive reversal – some might say an antidote – to the modern course of Jewish history. Instead of allowing Yiddish to die, by refusing to give it to the next generation, I’m bolstering it and giving it a future. Instead of memorializing it as a nostalgic relic of the forever-gone Old World, I’m embracing it as an essential part of my modern, daily life right here in the New World. Instead of casting it aside in favor of English, in order to assimilate and become “more American,” I’m equally valuing both halves of my “Jewish-American” identity. Instead of defining monolingualism as an essential element of national pride and identity – whether English for Americans or Hebrew for Zionists – I am celebrating multilingualism as a hugely important Jewish, Zionist, and American value. And you know, I get a lot of compliments for it. Sometimes people think it’s really cool. Others get nostalgic and tell me how they always wished their parents had spoken Yiddish with them, but alas, they hadn’t. The guy who installed our home alarm system told me my son is going to be a genius someday, because I’m raising him bilingually. At our synagogue’s barbecue for new members last weekend, somebody asked if I’d consider teaching a Yiddish class – she thinks it’d be really popular. It’s nice to be met by such positivity.

But I’ll be honest: the fact that I’m raising my son in a language that none of my parents, siblings, in-laws, aunts, uncles, cousins, neighbors, or babysitters speak or understand can sometimes be uncomfortable. When my son and I are hanging out with my parents, for instance, and my parents speak to him in English, I understand what they’re saying – but then when I speak to my son in Yiddish, it unintentionally excludes them. Mealtime conversations are particularly hard, because I want to continue interacting with my son in Yiddish, but at the same time, I want the conversations to include everyone at the table. And it’s not just about being inclusive or exclusive; I don’t want it to feel like I’m hiding secrets from people, or like I’m talking about them in a language that they can’t understand. That can be very uncomfortable when I’m at the playground with my son, and he’s interacting (or I want him to interact) with other children who are there. Sometimes I point at another child and say to my kid in Yiddish: “Do you want to say hello to them?” or “Look, so-and-so is going down the slide! Weee!” or “Hey, look, those kids want to play with you!” And if those other kids’ parents don’t understand Yiddish, will they worry what this stranger is saying about their children? Besides all that, I want people to know what I’m saying to my son, because that’s how relationships develop, and that’s also how positive memories form. Birthday parties can be awkward, for example, when everyone laughs and smiles and sings the birthday song in English, and then I sing the Yiddish birthday song and the entire room falls silent. Of course, there’s also the “weirdo” factor, especially in a place like the United States where multilingualism is generally viewed in a negative light (even while it’s celebrated as an academic resumé builder). It sometimes feels like I don’t belong when I’m speaking a language that even my own family and friends don’t understand, and when I’m out in public there are xenophobes to worry about. That’s all really uncomfortable.

It turns out I’m not the only one who feels this way. Almost exactly one year ago, I wrote about my concerns at an online forum for parents who are raising their kids multilingually, and it set off one of the longest and most animated conversations on the entire website. One person wrote about speaking to her daughter in French on a public bus in Germany, when suddenly the woman in front of them sharply spun around and insisted that they only speak German; an argument broke out, and the bus driver intervened. Another person on this website, who raises her kids speaking Spanish in the Netherlands, said that so many people have talked rudely about her in Dutch while riding the subway, falsely assuming that she doesn’t know the national language, that she’s just learned to stop caring what other people think of her. But when her kids got bullied in school for speaking a foreign language, and their classmates started calling them “Spaanse jochies” (little Spanish kids), they became ashamed of their language and begged her to stop speaking it with them; that was something she couldn’t ignore. An English speaker in France wrote about not wanting to be perceived as a tourist when talking to her children in public; a Spanish speaker in the US complained about always becoming the center of attention. A Singaporean woman who speaks English with her kids while living in Japan said that she’s often perceived as a curiosity – what would an Asian-looking woman be doing speaking English to her kids, and in Japan, no less? This is only a small sampling of the stories that people shared, but it is very representative – the same stories were told over and over, regardless of the languages or countries in question. And the barriers that are created within extended families also popped up in the comments of many participants. You can read the entire conversation here.

In short, there were seven major concerns that parents on this forum expressed about speaking with their kids in a minority language:

So here was the advice that various participants offered, for dealing with this discomfort:

Our conversation was so animated and productive, that the moderator decided to write an entire blog post of his own about it, linking back to our discussion for further reading. It was a very inspirational conversation, and I’d like to think that things have gotten easier for me over the ensuing 12 months. I do feel more confident now speaking Yiddish around family and friends, and I speak/sing a lot more to my son in public than I used to, especially at the playground. (I always sing and recite poems for him when pushing him on the swing; just the other day, he was enjoying it so much, that he applauded after every song and poem!) But the truth is, I do still struggle with this. I am a lot quieter around him – a lot quieter – when friends or relatives come to visit, even if I’m not as quiet as I used to be. I still feel slightly nervous when I speak with him in Yiddish at the playground, as if the other parents there are secretly judging me, even though I’m sure they aren’t. I still feel awkward and out-of-place speaking Yiddish to him when I drop him off or pick him up from his daycare, even though there are lots of bilingual kids in his daycare and the teachers think it’s cool. So it’s getting better, but it’s still a struggle, and I’m both heartened and saddened to know that others struggle with it, too. It’s such a shame, you know? We should be proud of our languages, of our cultures, of our histories, of our families, of ourselves. And I am proud. And I’m nervous, and uncomfortable, and awkward, and ashamed, and I really shouldn’t feel that way – none of us should. But raising your kids in multiple languages is not an easy thing to do, and it’s especially hard when those around us, particularly close friends and family, don’t understand what we’re saying. I guess that’s simply part of the journey. And the results of that journey will be so, so worth the trouble.

Yes, You Will Have Haters. Speak to Your Kids in Another Language Anyway.