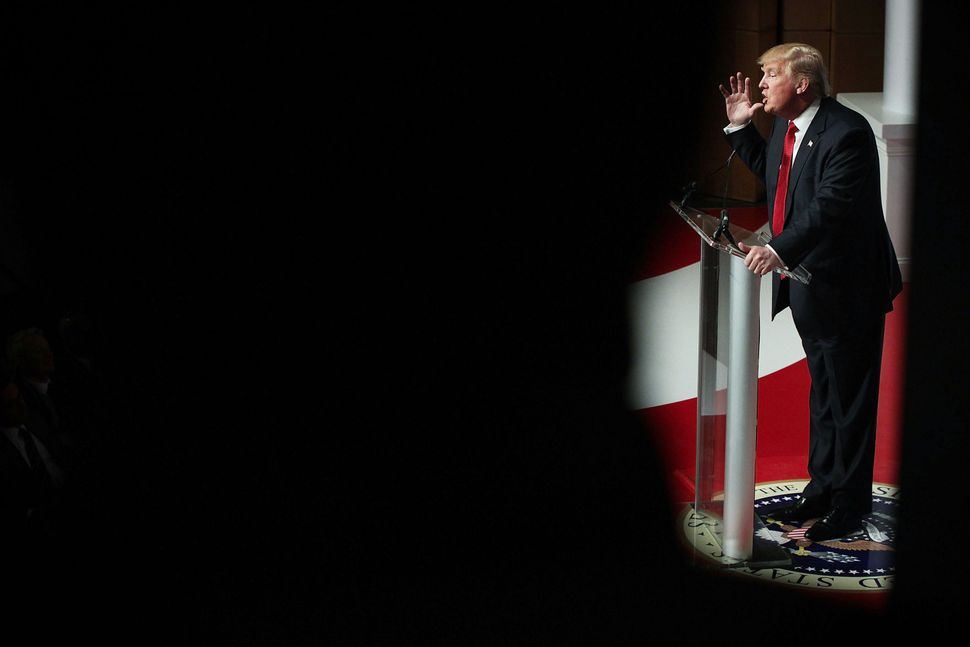 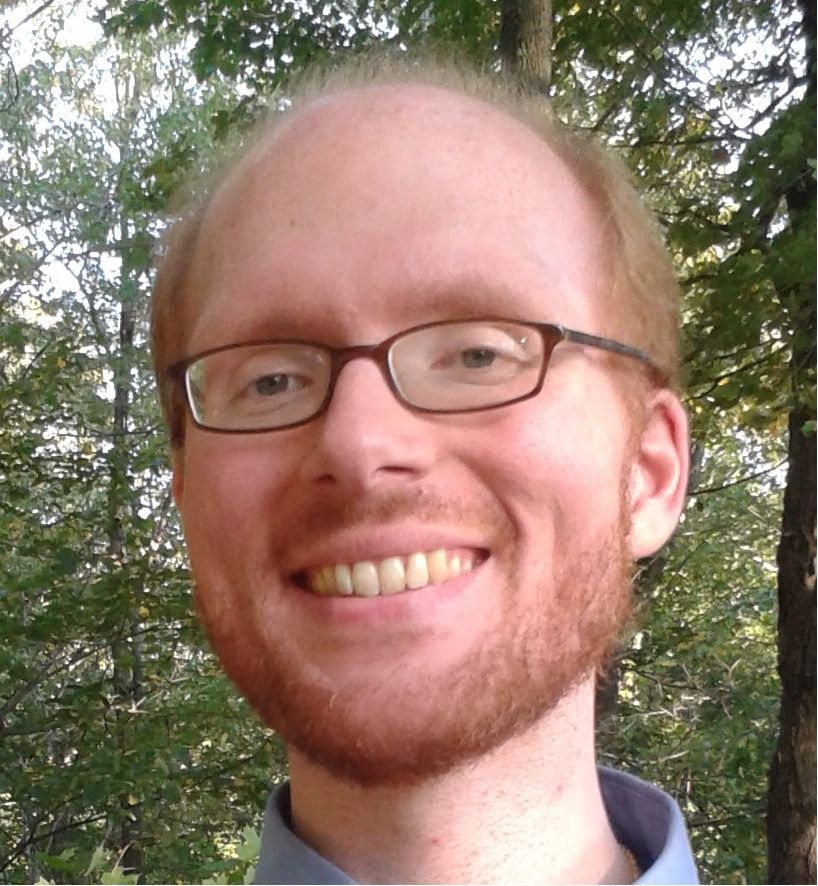 Never in the history of American politics has a man so antagonistic to Jewish values achieved as much acclaim as Donald Trump has. As a rabbi and as a Jewish American, I cannot ignore three undeniable qualities of Trump’s campaign that fly in the face of my religious values: Trump foments fear of the other, proclaims himself savior, and threatens America’s alliance with Israel. For the next three weeks, I’ll explain each one in detail.

I hope that Jews around the country will join me in publicly expressing unified rejection of Donald Trump.

A Campaign of Fear of the Other

Donald Trump has based his campaign on fear. In addition to his demeaning rhetoric designed to humiliate women and his repeated mockery of a disabled journalist, Trump has specifically outlined policies targeting racial and religious minorities in America, particularly Muslims and immigrants from Spanish-speaking countries.

Despite the proven success of our 18-to-36-month refugee resettlement screening process, Trump also claims that we must fundamentally mistrust victims of terrorism and violence who turn to us for refuge. He lies when he says that “we have no idea who [refugees] are” (they’ve been through a more extensive vetting process than usual). In addition to depicting refugees as enemy combatants, Trump asserts that every family should receive “ideological certification” before admission to the United States. Trump paints a startlingly homogeneous picture of America: if you don’t match a rigid ideological profile, we don’t want you.

These pillars of Trump’s campaign both hit too close to home. For centuries, Jews were regarded as an “Other” that needed to be feared, excluded from the general polity and denied full rights of citizenship. Ours is a history of seeking refuge, whether fleeing slavery in Egypt, persecution by the Romans, or the brutality of Crusaders. My family, and the families of so many of my fellow American Jews, came to the United States as distrusted refugees whose values were not shared by the majority of other Americans. Nevertheless, my family contributed its unique talents and perspectives to the wider American culture and, I believe, made America better.

Trump has recently taken to quoting 1 John 4: “If we love one another, God lives in us and his love is made complete in us.” It troubles me that of all of Christianity’s noble statements about love, Trump would focus his attention on a verse that immediately follows this passage: “Every spirit that confesses that Jesus Christ has come in the flesh is from God, and every spirit that does not confess Jesus is not from God. And this is the spirit of the antichrist.” When Trump says “Imagine what we our country could accomplish if we started working together as One People, under One God, saluting One Flag,” he has a very specific view of what that “One People” should look like – and it doesn’t seem to have room for religious minorities. Though I don’t believe Trump himself is anti-Semitic, anti-Semites overwhelmingly support his campaign, and I’m very troubled by his reticence to distance himself from anti-Semitic propaganda.

All in all, Trump’s message is meant to pit a white majority against Hispanic and Muslim minorities. My Judaism, from its very core, abhors this message. In this week’s Torah portion, we read (again) about our responsibility to care for the marginal and vulnerable members of our society:

You shall not subvert the rights of the stranger or the fatherless; you shall not take a widow’s garment in pawn. Remember that you were a slave in Egypt and that the Eternal your God redeemed you from there; therefore do I enjoin you to observe this commandment (Deuteronomy 24:17-18).

It’s easy to see what’s appealing in Trump’s rhetoric—everyone likes to see their own group promoted, even to the exclusion of others. But our tradition has warned against that seductive allure for centuries. As we read in the Talmud, “It has been taught: Rabbi Eleazar the Great said: ‘Why does Torah warn 36 times—and some say 46 times—about [wronging] the stranger? Because wickedness is [part of] human nature’” (Bava Metzia 59b). Our religious tradition urges us again and again not to succumb to the temptation to demonize the most vulnerable members of our society. Our people’s history and the moral code we’ve developed over the centuries both exhort us to reject the fearmongering and scapegoating so central to Donald Trump’s campaign.

I am proud to join Jews across the country who feel compelled by our Jewish values to speak out unequivocally against Donald Trump. To see what else we’re saying, visit our website – then join the movement of Jews Against Trump.