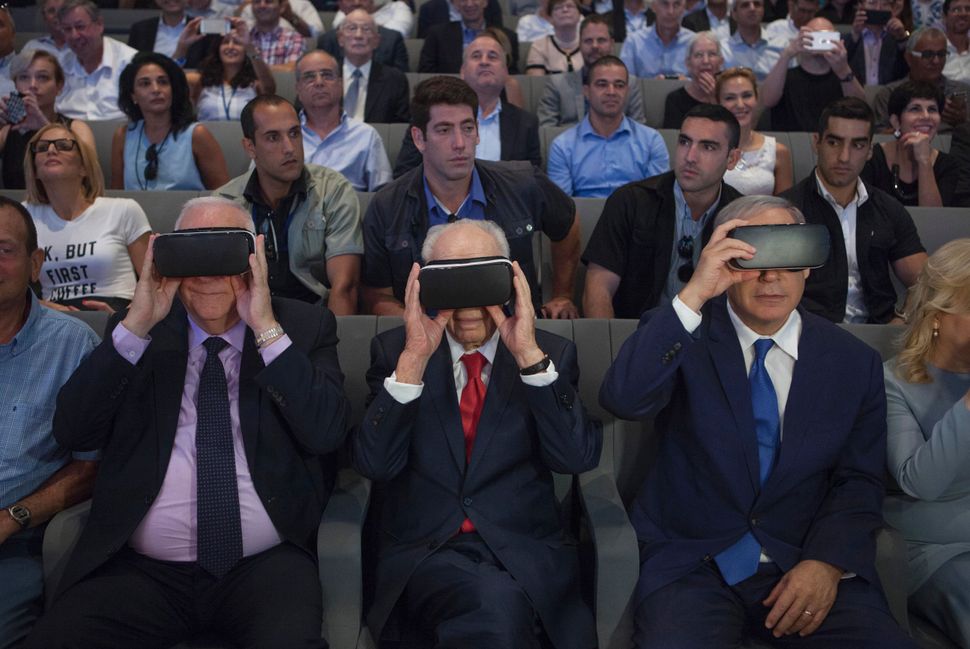 On my first day of work this summer, I rushed to my office, the Peres Center for Peace and Innovation, with the hopes of being the first one there. Call me eager or anxious, but I wanted to make a good first impression. To my surprise, Shimon Peres was already at his desk drinking coffee and waiting for my press clippings to be printed. It was 8:00 AM, and he was 92 years old.

In the last few months of his life, I had the privilege of working closely with Shimon Peres. Like many Jewish millennials, I grew up only learning about the greatness of Zionist leaders like Ben Gurion, Theodore Herzl, and Shimon Peres from a distance— the heros that turned the once impossible dream of an independent Jewish homeland into a reality. Unlike my parents and grandparents, I might not have lived through their historical achievements, but I know that they shaped the future of the Jewish people.

When I found the opportunity to intern for Peres, I knew I had to take the opportunity to make a difference. I chose to pursue an internship at the Peres Center because I wanted to see for myself how the legacy of one man could make my entire community, living thousands of miles away from Israel, so proud. It did not take long to realize just how fortunate I was.

When I first arrived in Israel, I went to grab a beer with my new Israeli neighbors. We were sitting at Akbar, a well known spot in the flea market of Jaffa (near Tel Aviv), and they kept asking me questions about why and how I got here. The bartender asked what I was doing in Israel; when I told him that I was interning for Peres, the atmosphere of skepticism lifted. She immediately poured me a shot of Tubi, and hugged me. She looked me in the eyes, raised her glass and said “todah” — thank you.

It wasn’t until this unexpected and powerful moment that I began to truly understand why my head and my heart took me to this place. I realized that this wasn’t just another internship: I was becoming part of something bigger than myself.

This is not to say that the entire experience was always a dream. By the middle of my internship, we were drowning in work. The launch of the Peres Center for Peace and Innovation was days away; the task lists were endless, there were emails to be sent and calls to be made. I was frustrated.

I went to Israel with the intention of making a difference, leaving a mark, and finding myself. I couldn’t fathom that working with his press team was going to accomplish my goals.

Challenges of working feverishly to save the world aside, Peres created an incredibly positive work culture. Everyone collaborated on projects, communicated well, enjoyed building a productive workspace, and even ate lunch together — Peres always ate schnitzel, lightly browned and never too dark, with tomato and cucumber salad on the side.

Thanks to this culture of closeness, my boss at the Center became a trusted mentor — and because I’m talking about an Israeli office, this means she became my family. I confessed my frustrations, and I asked her if she felt like our work meant something. I wanted to know, after almost a century of working on peace in the Middle East, what exactly we thought we were working towards. Will suicide bombings ever stop? Will the rockets and stones stop tearing through the sky?

I began to question myself. What nerve did I have thinking I could make a difference? Why did I care about what seemed unchangeable? She stared at me. Her eyes told me they understood me, but she let a moment of silence pass. She looked me directly in the eye and said, “if you are not part of the solution, then doing nothing makes you part of the problem.”

I soon learned that those solutions often take unexpected shapes. Peres had so much to offer our generation, and I wanted to connect him to my fellow millennials using the social media tools of today.

On my second day of work, I joked to my boss about creating a Snapchat for Peres. I thought it would be a great way for younger audiences to connect with him and have a small taste of the incredibly vibrant man he was. I didn’t think anyone would take the proposal seriously, but Peres loved the idea of having a Snapchat account (It didn’t hurt that his friend, Michelle Obama, had also recently launched her own.)

Teaching President Peres to use Snapchat was one of the coolest and most unimaginable tasks I accomplished this summer. Humbly so, Peres was aware of his global influence and believed in encouraging young people to take advantage of the technology around them. Peres spent years of his life inspiring young people to become entrepreneurs and scientists. He wanted to see more startups and companies find success through innovation and technology. (He also thought the dog filter was humorous, but wasn’t amused by the pink and white flower crown.)

What impressed me most about his response to my Snapchat idea, however, was his genuine desire to bridge a generational gap. Peres wanted his account to succeed because he saw it as a new way to connect with and make an impact in partnership with the next generation.

When I came back to Washington, everyone wanted to know about my experience. My time with Peres is difficult to describe. It seems like I lived through a dream, the dream of my father and my grandfather — I saw firsthand the work of one of the greatest Zionists to ever live. I was so inspired by his energy and motivation. He never once showed signs of exhaustion. He was actively engaged in the planning and work of his organization, took notes when his staff announced presentations, and refused to be treated with special considerations due to his age.

The Peres Center for Peace and Innovation will ensure that his legacy continues. Through the educationally, medically, athletically, technologically and culturally immersive programs, peace will continue to be actively promoted between the Palestinians and Israelis. 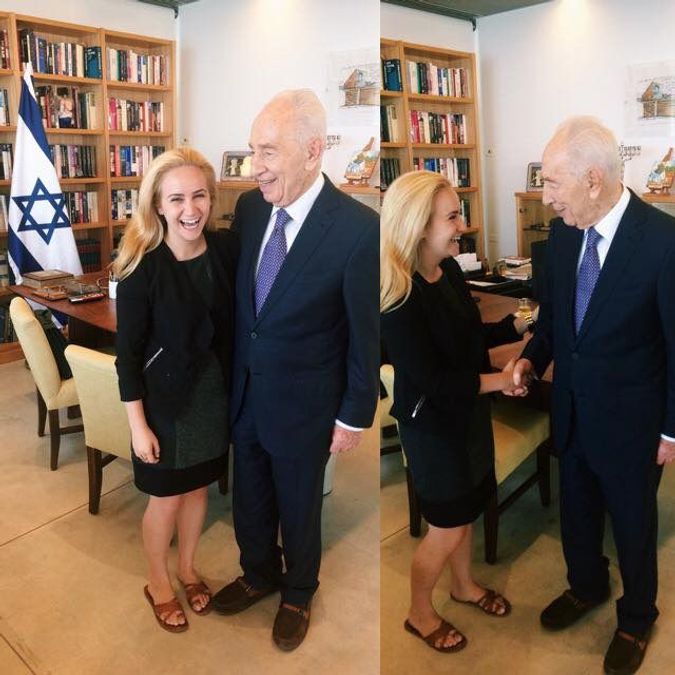 There has never been an Israel without Peres. This is a reality that I will never fully internalize; his legacy to me is so much deeper than the narrative taught in high school text books. Through circumstance, curiosity, and ambition, I built a relationship with this historic figure. While he has touched the lives of millions, Peres has forever changed my life.

It was an honor to witness firsthand that his legacy will continue to live beyond his years. Four months ago, I smiled with a naive dream to change the world. Working with Peres taught me that sometimes, all you need is a dream to live by.

Sydney Rachael Levin-Epstein is a senior at the George Washington University studying Political Science. She interned for Shimon Peres at the Peres Center for Peace this past summer and has previously worked with Senator Edward Markey, AIPAC, and the National Conference for Community and Justice.