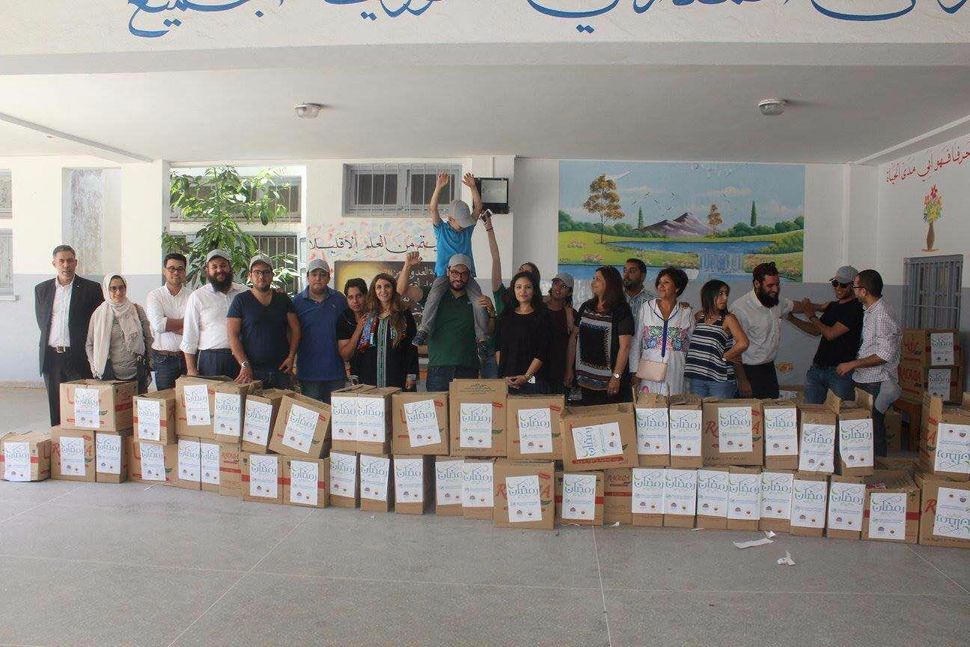 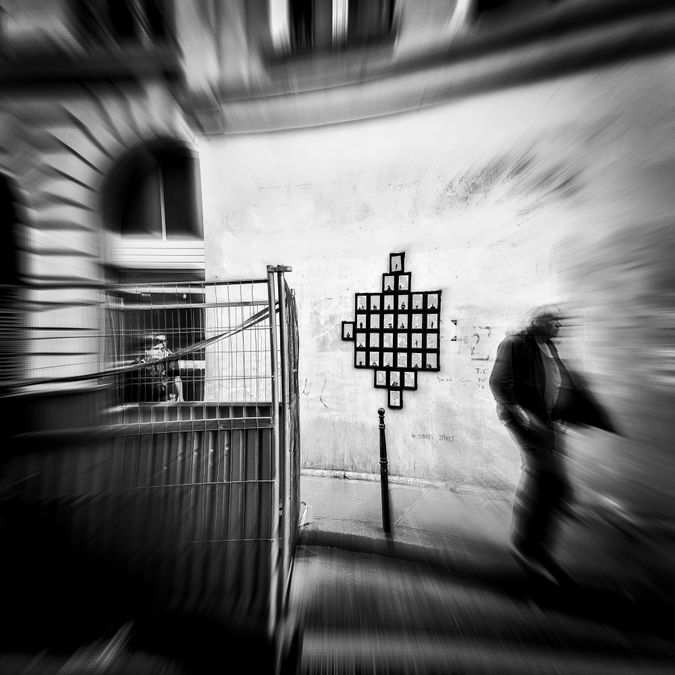 The first time I ever experienced anti-Semitism was in Europe. I was waiting for a bus on Avenue Niel in Paris’s 17th arrondissement when I noticed an elderly woman looking at me from across the street. She was small, with wispy white hair and a shopping basket filled with vegetables and a baguette. The way she stared I thought perhaps it was a compliment—maybe I reminded her of a young girl that she knew, or even of herself in her youth. When my gaze caught hers, I smiled, thinking she would respond in kind.

Instead, her face froze with contempt. She muttered, “Paris was much cleaner when the Germans were here.”

I wanted to say that the joke was on her—I was neither French, nor Jewish—but of course, that wasn’t the point. We are human beings above all and I was shocked that another human being dared to insult me because of her perception of my ethnicity. Yes, her remark had missed its target; but instead, it hit so many of my friends and peers back home.

Some might be surprised to hear that. After all, I was born in Morocco—a predominantly Muslim country where the King is a direct descendant of the prophet Mohammed.

But Morocco is a special place, as diverse as it is famous in the West for its pungent spices and exotic souks. My country is just eight miles from Spain on the northern coast of Africa, and people have been coming here from all over the world for centuries. In Morocco, you might hear Moroccan Arabic on the street—called darija, or various Amazigh (Berber) dialects; you might read French signs in shops or listen to Andalusian music on the radio; and you might walk by synagogues in Fez or the Museum of Moroccan Judaism in Casablanca. 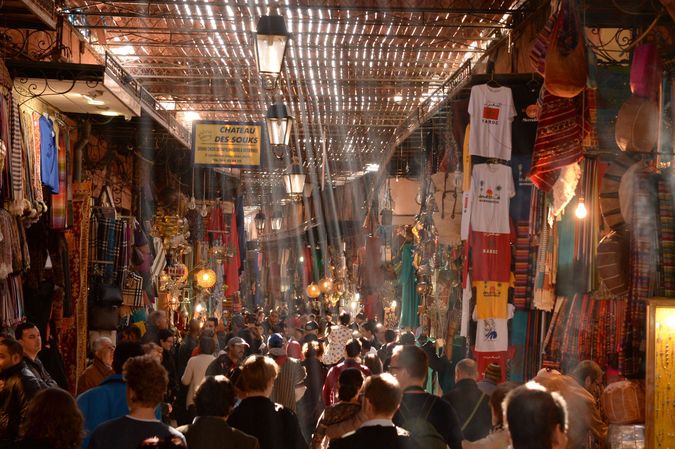 People walk through an alley of a traditional souk in the old Medina of Marrakesh. Image by Getty Images

I feel a strong connection to Jewish Morocco. My grandmother lived in the old medina of Fez, where she had Jewish friends and neighbors. My parents sent me to the French school in Marrakesh, where I had Muslim and Jewish classmates. Growing up, we all went to one another’s birthday parties and holiday celebrations. I visited my Jewish friends’ homes and they visited mine. My mother was on the school board with one of her closest friends, a leader in the city’s Jewish community.

That connection continued when I moved to Paris for university. Many of my new friends there were Jews, often of Moroccan descent. So, the woman’s hateful insult shook me to my core. I had never heard my Jewish friends in Morocco recount this kind of experience, and it crystallized my understanding and appreciation of what we shared. We all spoke darija; we all had the same culture; we listened to the same music; we played the same games. It’s then that I decided to leave Europe and return home. 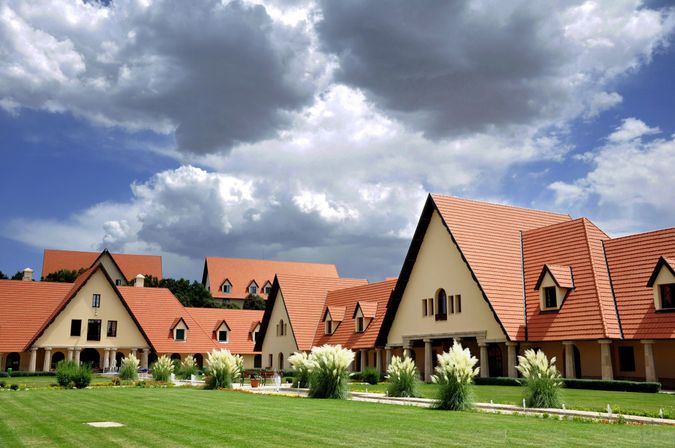 When I enrolled at al-Akhawayn University in Ifrane in 2007, I decided I must do something to make sure that the kind of insult I heard in Paris could never be heard in Morocco. I wanted to react positively to this incident. I discussed it with another student, El Mehdi Boudra, who shared fond memories of his own Jewish grade-school friends and their annual Mimouna celebrations—when Moroccan Jews invite their Muslim neighbors to celebrate the end of Passover. We were shocked to learn that a large majority of our fellow students had never met a single Jew and didn’t know this culture. We felt that we needed to remind these young people of who we are as Moroccans.

Together we co-founded the Mimouna Club, of which El Mehdi is the current president, and put together a campus-wide event called “Moroccan Jewish Days.” We brought Kosher Jewish-Moroccan food to the university restaurant; we curated a mini photo exhibit of Jewish Moroccans; we invited Andre Azoulay—an advisor to the King and a prominent member of Morocco’s Jewish community—to speak to students. We even put up signs in Hebrew. 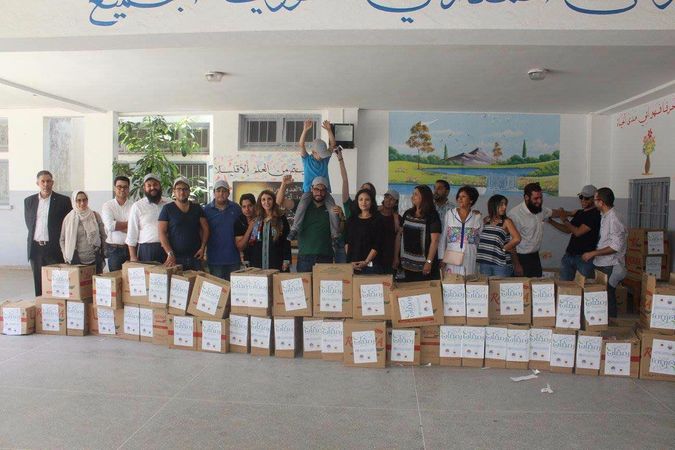 Since then, al-Akhawayn celebrates Moroccan Jewish Days every year, and we have expanded to other universities across the country. Our work and reach continues to grow. In 2011—two days after the President of Iran denied the Holocaust – we organized the first conference on the Holocaust in the Arab world, bringing survivors from Sweden to tell their stories, and reminding students of the brave action of King Mohammed V, who protected Morocco’s Jews from the French Vichy regime. This summer, we worked with the Jewish community to deliver food baskets to the needy during Ramadan. Two thousand baskets were distributed—each representing a contact and point of solidarity between Morocco’s Jews and Muslims. I wonder what that old woman would think if she knew what her nasty comment had ignited.

Laziza Dalil, a native of Marrakesh, Morocco, is co-founder and vice-president of the Mimouna Association.