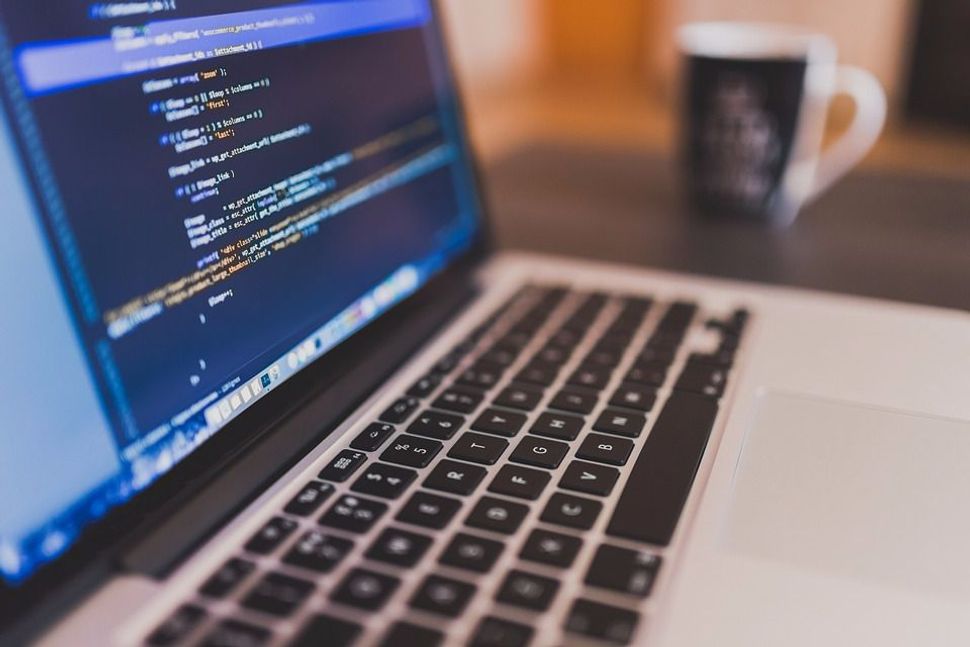 ‘Start-Up Nation’ and ‘Silicon Wadi’ are apt nicknames for the State of Israel in the year 2016. Like you, I love learning about the latest exits, investors, VCs, entrepreneurs and incubators in the Israeli Start-Up scene. However, I’ve noticed that little to no attention is paid to the developers, the men and women behind the scenes, writing the code that generates the millions and billions.

Deciding it was high time to get a real coder’s point of view on the tech scene in Israel, I met up with Yaakov Gamliel, a Colombian-born Israeli developer, to hear his take on what’s really going on in Israel these days. Yaakov, age 34, works as an iOS engineer in Raanana at a booming multinational startup that publishes articles and blogs primarily dealing with the stock market, Seeking Alpha.

RB: Hi Yaakov! Thanks for taking the time to tell me about your opinions and experiences in the start-up scene, from a developer’s point of view! I was wondering what differences you’ve noticed between the Israeli high-tech scene ten years ago and today.

YG: The main difference is the sheer volume and variety of professionals involved in the scene. Ten years ago, most Israelis involved in high tech were technical people- engineers. Today, many of the players are not technical- they’re what I call the ‘suit guys’! People in sales, marketing, management positions…Another striking difference is the target audience. Ten years ago, most Israeli tech companies catered to the enterprise market, much more B2B than today. The creative minds and technologies were highly geared toward enterprise. I’ve noticed that the Israeli start-up scene today seeks to create B2C solutions- they try to cater to the average Joe. They attempt to recreate what’s going on in America and Europe.

RB: I love the way you really analyze and define what you see going on around you on a daily basis. As a developer, what changes would you like to see in the start-up scene in general?

YG: Personally, what originally attracted me and probably others to join the world of high-tech and start-ups was the flag this Technical Revolution first waved: “Making the World a Better Place”. Sometimes it was “Making the World a Better Place One Line of Code at a Time”. This phrase has since been rendered completely meaningless. Do we change the world? Yes. Do we make it better? No. I would love to see the world of high-tech start-ups engaging more in science, health, education- and less in entertainment and advertising. I see so many new games with little to no educational value. But the lofty goal of improving lives via technological advances, creating more jobs, broadening children’s educational horizons… This goal is not developing the way it should.

The internet is much more far-reaching today than ever before. Citizens of third world countries have internet. But it is mainly used for entertainment. I’m sad to say that the original banner that I found so appealing has ultimately lost all substance.

RB: I can sense your disappointment in the way things have panned out. As a mother to young children, I would love to see tech used to its fullest to give my kids encyclopedic knowledge of the glorious world around them. But alas…Pokémon Go seems to be more interesting!

According to a recent report published by Avi Hasson, the Israeli Ministry of Economy and Industry’s chief scientist, the high-tech scene here will be in deficit of over 10,000 engineers and developers in the next 10 years if the government will fail to train students to fill the lack. I’m wondering what you, as an actual developer working in the start-up industry, think of the quality and quantity of developers in Israel today.

YG: There always have been and there still is a large number of highly qualified coders here in Israel. However, when the world of high-tech began to play such an important role in Israeli society, all sorts of people began to want in. I hate to say this, but many people are just here for the money or to be part of something cool. Not every developer today truly loves coding. These people lack the necessary drive and passion for code that is a prerequisite to success in this competitive field that demands constant growth. A successful developer must spend several hours every evening learning and playing around with new technologies. However, when so many coders are in this field for ulterior motives, the overall level is vastly lowered and it is all the more difficult to single out the superior developers.

RB: The sheer number of technical colleges and courses that have sprouted up in the past few years attests to the surplus of students wishing to enter this lucrative field.

What do you think of Netanyahu’s plans to import thousands of foreign tech workers during the next few years?

YG: I think it’s a big mistake. It’s not accurate to say that there are not enough skilled workers in Israel. There are definitely enough. Every few months there are more and more graduates leaving colleges and universities here in Israel, many of whom have all it takes to succeed.

The reality behind the thousands of start-ups complaining that there are not enough skilled developers here might be the fact that they can’t find or keep their workers because they deal with boring or outdated technologies. Perhaps they should be more flexible and adapt to what the local market has to offer them instead of throwing in the towel and demanding imported workers, (who, by the way, will be paid a minimum of 20,000 NIS/month, double the average salary here!) Perhaps these start-ups are not looking hard enough. I’m not sure that the solution to this dilemma is importing workers. Israel is a top-notch country- it can surely train new developers to meet the requirements of the start-ups. But what if those companies falter in the meantime, while they’re waiting for young Israelis to get trained? There are plenty of middle-aged highly trained highly experienced tech workers who cannot find salaried jobs. Perhaps these middle aged workers should be approached. And how do we know that the imported workers will be better than the local Israelis? As a developer here in Israel, I can attest that I and my counterparts find this move highly worrisome. How can my Prime Minister give away my job to a foreign worker?

RB: In your opinion, the local high-tech start-ups who cannot find the type of developers they want should reassess their requirements. Importing foreign workers is not the way.

Many Jewish websites and magazines today boast an impressive “Israeli Tech” or “Start UP Nation” section. Do you find that the media is balanced in their appraisals of the local startups? Do you find that certain things are over-hyped?

YG: Definitely- the media seems to hype up any tiny success here. Perhaps this is due to the fact that the national economy is so intimately intertwined in the world of tech. I hear so much noise made out of minor accomplishments. Personally, I don’t see Israel really leading on an international scale. The leaders seem to be in San Francisco! People have an overblown image of the reality of the start-up world. Loads of ‘techno myths’ are heard in the streets- each one funnier than the next! Like the 7 year old Israeli boy who invented some rare technology…

RB: What- you mean that little boy did not invent it? JK Tell me, what would you pinpoint as the uniqueness of the tech ecosystem here in Israel?

YG: Two words- the army. The Israeli tech scene has its roots in the army. You have this large group of talented young men and women who, for three years before attending university, are not only trained in the latest technologies, but actually implement them day in, day out. They are forced to use their minds creatively to solve problems, come up with solutions. They have a tremendous amount of technical experience even before stepping a foot in the Technion. This is the nucleus. Due to this army-related foundation, a large number of tech start-ups here are involved in information security. It is only natural for them, upon completing their military service, to go out and further develop the technologies they’ve learned in the army.

On the other hand, there is an international need for other technologies. Israeli initiatives are now faced with the challenge of producing technologies that consumers abroad can find interesting.

The by-product of the uniqueness of the Israeli tech ecosystem is the following: Ever since the original nucleus of tech has taken shape- it quite amazingly managed to draw the attention of a community of investors. But not only international VCs. Nowadays even regular John Does or Moshe Cohens here in Israel view startups as viable investments. The average Israeli is very interested in having a share in this ecosystem. In my opinion, this level of involvement/investment from middle-class citizens is not so widespread in the world at large. Is it due to the fact that Israelis tend to take greater monetary risks than others? Perhaps. The kind of guy who would have opened a falafel stand or ‘makolet’ (corner store) in the past, now invests in a start-up.

RB: In your opinion, what should Israel do to keep its edge?

YG: I think that in the competitive world of tech today it’s very important for every city, state and country to be open to new ideas. At the same time, they should aim to promote their own strengths and not try to mimic what other countries do. Otherwise, every website looks basically the same- the same ‘clean and flat’ design, the same colors. Every app, every game, looks so similar.

I would advise Israel to try to project to the world the technologies that make it so unique.

RB: Thank you Yaakov! You have given me a lot to think about in between carpools, grocery shopping, PTA meetings and my job at aJudaica! I had previously thought that being a mommy to five boys was challenging- now I see that being a developer in the Israeli start-up scene is quite demanding as well!

Revital Belz is an Israeli copywriter and men’s t-shirt designer, who is also a mommy to five great boys in Elad, Israel. She juggles her roles with wit and wisdom, never forsaking her high heels! You are welcome to read more about Revital Belz on her aJudaica blog.