The Libertarian Case for Israel 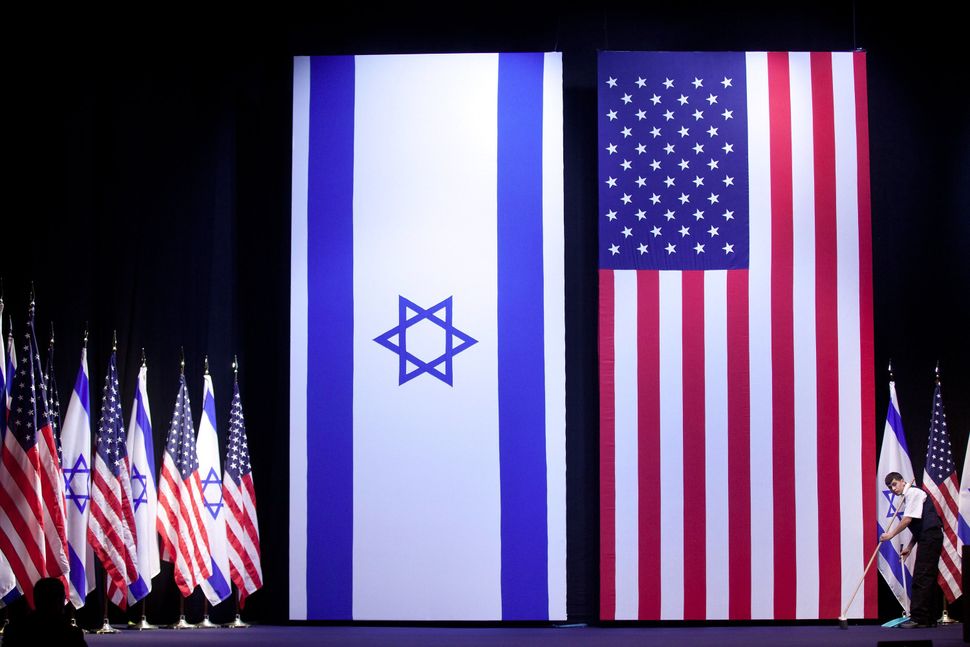 Anti-Israel sentiment abounds in the Arab world due to their rejection of Jewish presence in the area, especially in the form of a State. What is much more vexing is that a similar attitude is pervasive among the libertarian community (and, even, shonda, amongst, happily, a very small percentage of Jews) where Israel is often picked out as a particularly pernicious state relative to almost all others. Libertarians, of course, are no big fans of any government, but even for libertarians who believe in a minimum state (so called “minarchists”) encompassing domestic protection (police), protection from foreigners (defensive army), and courts, why Israel should be singled out as particularly pernicious is troubling.

We believe much of the anti-Israel sentiment among libertarians has its source in an article written in 1967 by the father of the modern libertarian movement, Professor Murray N. Rothbard, entitled “War Guilt in the Middle East”. In this essay, Rothbard pins the blame for the Six Day War entirely on Israel, essentially saying that Israel should have done nothing in response to the Egyptian blockade of the Straits of Tiran at the time, as well as passively accepted explicit threats by Arab leaders to destroy it and annihilate the Jews who live in its territory.

Going far beyond blaming Israel for the Six Day War though, Rothbard insists that the entire State of Israel is illegitimate. This by itself is not very controversial for the libertarian, as all States are “gangs of thieves, writ large,” in his words. What is peculiar about Rothbard’s article is that he finds the State of Israel “uniquely pernicious” in that it was supposedly founded on massive land theft and expropriation from Arabs.

In our rejoinder to an article in the Indonesian Journal of International and Comparative Law (2016. Vol. 3, Issue 3, June, pp. 435-553), we argue that Israel is not a “uniquely pernicious” state built on outright land expropriation. Our thesis, aside from correcting what we see as Rothbard’s historical inaccuracies leading up to the creation of the State of Israel, is that Rothbard did not go far back enough in time in analyzing legitimate land claims. According to libertarianism, the only thing that grants a person title to land is “homesteading” that territory, essentially mixing one’s labor with it (a la, John Locke, and Rothbard, too). It is historically indisputable that Jews homesteaded much of Palestine long before the late 19th century and the modern Zionist movement. Much of the land currently under dispute was homesteaded by Jews before the territory was even called “Palestine,” when it was in fact called “Judea”.

According to generally accepted historical accounts, Judea was populated by around 2,500,000-3,000,000 Jews at the turn of the common era, including 600,000 in Jerusalem at the time of its destruction in 70 CE. These Jews were unjustly murdered or expelled from their lands and sold into slavery after rebelling against the Roman Empire. Since there can be no man-made statute of limitations in libertarianism, if modern day Jews can prove descent from the original Jewish homesteaders, which we demonstrate they can both culturally and genetically, then all land with prodigious evidence of previous Jewish homesteading dated to the time of the fall of Judea, should return to the descendants of the original homesteaders. These are modern day Jews, who by and large have never relinquished their claims to their ancient homeland.

Rothbard never once mentions the Roman period in any of his writings on Israel. As far as we know he considers this period entirely irrelevant, although that is entirely inconsistent with the libertarian theory of justice which he himself has done more to elucidate than anyone else. Further, not only does Rothbard ignore Jewish claims to land previously homesteaded by Jews, but he in fact grants legitimacy to Arab claims to “own” virgin, unhomesteaded land. It is impossible to own virgin land anywhere according to libertarianism. Therefore when Rothbard calls empty acreage “Arab lands” and reasons that they were therefore “stolen” by Israel, he is breaking from strict libertarian analysis and embracing a statist, internationalist, fiat view of ownership.

This extends to the modern debate over the legitimacy of Israeli settlements in the West Bank, properly known as Judea and Samaria. Israel never actively expelled Arabs from their homes in the aftermath of the Six Day War, and only allows building of Jewish settlements on vacant, unhomesteaded land. It is therefore hard to see how a libertarian could possibly consider any Jewish settlement as “illegal” unless he accepts the statist fiat view of land ownership and legality.

In tackling Rothbard’s claims of mass expulsion of Arabs during the 1948 War of Independence, we concede that this did indeed happen in certain isolated cases. But the point is, did they have a right to these areas in the first place? Not in our view. However, in most cases, these villages were abandoned voluntarily in an effort to clear the way for the invading Arab armies at the time. In other cases, Arab towns were used as staging grounds to launch attacks. In such cases, the accusation of land theft against Israel cannot be taken seriously. Moreover, Arabs who decided to stay in Israel are now an integral part of the country with full rights as Israeli citizens. Thus, the charge of theft or “ethnic cleansing” is simply absurd. In fact, the population that was ethnically cleansed were the Jews of Arab countries (about 850,000), who were expelled and expropriated after the creation of the State of Israel. Israel critics never talk about this.

Finally, regarding the legitimacy of Israel as a state, even according to Israel’s most vociferous critics of which Rothbard was one, 7% of pre-1948 Palestine was purchased legitimately by Jews. Given that, would Jews have a right to set up a State on that limited territory, and if attacked, expand those lands in a defensive action? From the perspective of libertarians who recognize the right to set up a minimalist state for the purposes of security and defense only, certainly.

Our conclusion is that Israel is in fact built on both legitimate land purchases as well as legitimate land claims from the past, specifically the Roman period. Ideally, all land in Israel with obvious signs of previous Jewish homesteading dated to the Roman destruction should revert to Jews by shares of stock, i.e. to those Jews who descend from the original homesteaders. These include the Temple Mount (which we know was built by Jewish Kohanim) and the entire Old City of Jerusalem as well as most of modern day East Jerusalem and the Cave of the Patriarchs in Hebron.

While we do not encourage libertarians to take sides in this conflict, we suggest that if they wish to do so, they should side with Israel as the most (classically) liberal, and therefore the most relatively libertarian country in the region.

Alan G. Futerman is an independent scholar from Rosario, Argentina.

Rafi is a financial journalist. He lives in the Golan, in Katzrin, Israel. He made Aliyah in 2007, and has been a libertarian ever since the Ron Paul 2012 campaign.

The Libertarian Case for Israel