Taking Back the Z: Why Zionism Isn’t Just for Right Wing Jews 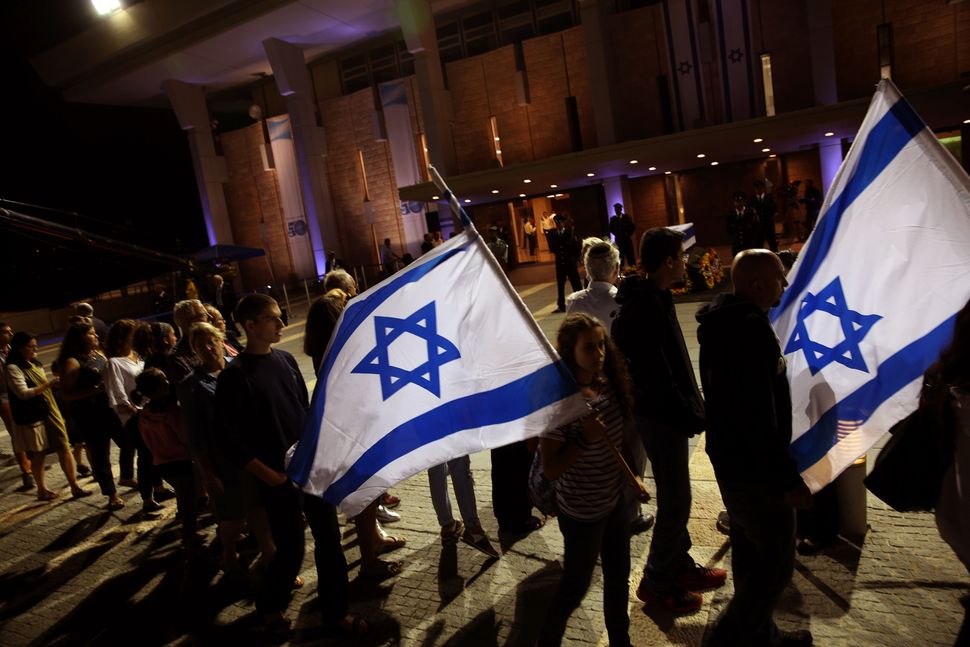 This past Shabbat, Noam Rotem wrote a thoughtful article in +972, calling for Israelis and Jews to “say goodbye” to Zionism. Contrary to the position of our organization and movement, to Rotem, Zionism is an “empty slogan, used only to grant Jews rights over non-Jews,” and that we should abandon its use as a word and as an ideology.

In many ways, this would be the easy solution for progressive Jews seeking peace, democracy and respect for human rights, and wishing to distance themselves from ideologies and policies with which they staunchly disagree. Polling by Frank Luntz, a longtime Republican messaging guru, has shown that the word Zionism evokes deeply negative responses on the left and is associated strictly with a right-wing, exclusionary platform. Meanwhile, the environment in Israel seems to become less open to principled dissent all the time, from the NGO bill to Hagai El-Ad. I feel this issue strongly when I introduce myself as president of “The Association of Reform Zionists of America” and see people cringe at the “Z word.”

But -isms are always in some sense empty slogans. They are boxes of competing and contradictory principles, into which individuals, groups and leaders can pour their political platforms. “Zionism” has no more inherent meaning than “patriotism” or “Judaism” or “socialism.” American patriotism and the words of the Founding Fathers can be equally used to justify the savage oppressions of white supremacy as the cry for freedom of the Civil Rights Movement. Socialism, depending on who you ask, is both the horrors of Soviet gulags and the democratic demands of Bernie Sanders’ campaign.

Zionism means what we make it mean. The right of the Jewish people to self-determination as much argues for assertive support of a Palestinian right to the same as perpetual Israeli rule over the occupied territories. A Jewish state does not only mean a state based on Halakha or a Jewish-majority state, but a state that is Or Le’Goyim, a moral beacon of democracy and justice for the world. Zionism can mean Occupation or liberation: the choice is ours.

Progressive values are not foreign to Zionism: they are the values that liberal and left-wing Zionists, from David Ben-Gurion to Yitzhak Rabin, expounded, and are the values we represent today. Every day, we help redefine what Judaism means in the Jewish state, fighting for an egalitarian, pluralistic and participatory vision of Jewish life that is connected both to the words of the Sages and to the modern world. The Israeli Reform Movement held 65 minyanim this past High Holidays season, and we see surging demand every year.

Every day, we are “TAKING BACK THE Z” to make Zionism about building a great nation even while recognizing our imperfections and fighting to change what needs to be changed: the exclusion of non-Orthodox Jews from religious life, the soaring gap between rich and poor, discrimination against LGBT Israelis, women, Mizrahim, Ethiopian Jews and Arab citizens of Israel, and the Occupation.

Meanwhile, while there is not clear polling on what percentage of Jews consider themselves to be Zionists, among North American Jews, a clear majority feel that a strong connection to Israel is a vital part of their Jewish identity. And if the makeup of the Knesset is anything to go by, Israeli Jews overwhelmingly identify as Zionists. We cannot cede the term to those who would make Zionism an ideology of exclusion. If the choice for Jews becomes abandoning Jewish nationhood or abandoning our moral foundations as a people to lift up the downtrodden, welcome the stranger and fight for freedom, we are truly lost.

We should join hands and work to rescue Zionism, to reclaim it for our values of democracy, pluralism, and equality. That love of Israel demands honesty and a commitment to the continuation of building a morally exceptional society. Saying goodbye to Zionism is no choice at all: we should cry out “We are Zionists” instead, and fight to make sure Zionism is something that makes us proud.

Taking Back the Z: Why Zionism Isn’t Just for Right Wing Jews