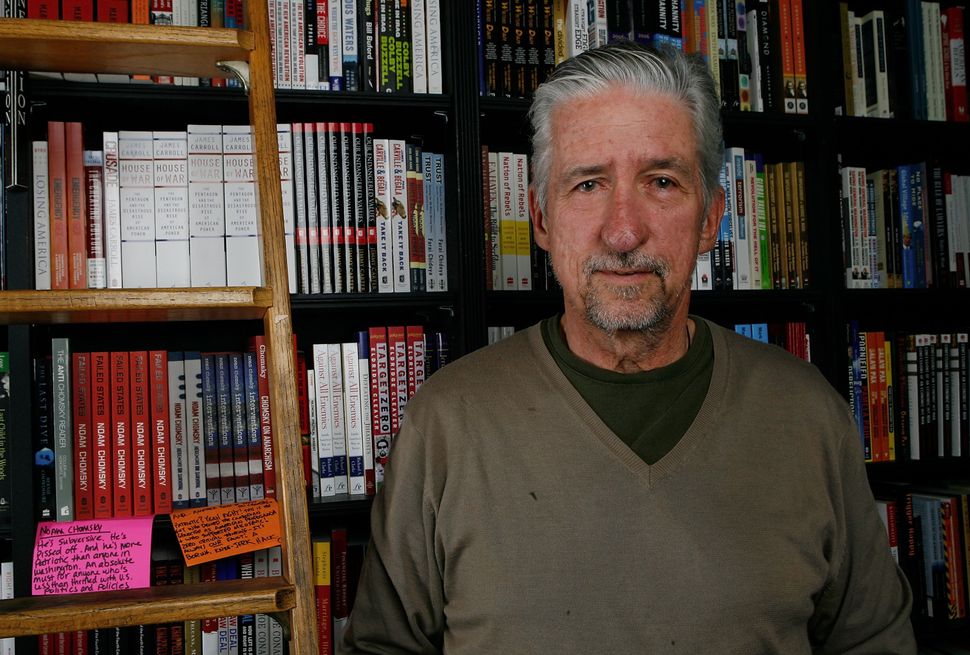 I’m a rabbi in Canada, not exactly left wing in my politics, and yet I’m mourning the death of perhaps the most significant American radical of his generation. Tom Hayden has died and I’m left deeply saddened.

I’d met Hayden in early 1972 when I was a twenty year old college student in Claremont, California, and he— a dozen years older—was arguably the pre- eminent leader of America’s New Left. Planning to leave college that spring for formal training as a gestalt therapist in British Columbia, I settled into the back row of a Pitzer College auditorium as Hayden began a lecture course on the Vietnam War. By the second week, I’d moved from the back of the hall to the front; almost as quickly, I junked Fritz Perls for Tom Hayden, and Gestalt for anti- Vietnam War activism. Soon I abandoned my generation’s soft leftism for the harder and all-in radicalism of the New Left.

Tom Hayden was that charismatic and compelling. I owe him, though, far more than my earnest and churning twenties- something radicalism. Mostly, Hayden influenced me by a quality of his not normally associated with activists of the go-go sixties: a sobriety of thought, and a willingness toward reflection. I’m grateful to Hayden on a number of counts, but nothing was more important than the privilege, while not yet fully formed, to closely observe someone who thought so well.

Even as he led some of the signature struggles of the day— student activism, voting registration for blacks in the South, inner city organizing in the north, the anti- War movement—- Tom Hayden transcended his times. He did so, in significant part, because he read and thought as much as he acted. No drugs or silly attention getting stunts for Hayden: Camus as philosopher-activist was his model. Lots of books to read and write. Like the French existentialists, Hayden was fiercely his own man, beholden to a beat most of us never hear. Yes, he wanted to change the world, America most of all, but he would do so on his terms.

Tom Hayden was not a simple man. And while I was never an intimate, I suspect that neither was he always easy. His was the optimism of an American patriot, embedded within the darkness of an Irish soul tortured by the traumatic history of that people. It all made Tom Hayden who he was: complex and a little elusive, especially politically; far kinder and much funnier than you’d expect; and, more than anything, unusually knowing. When he stared at you, as was his way, you shrunk away some, as you felt the heat of his knowing eyes.

In 1976, exactly four years after he’d turned me into a radical, I saw Hayden one day at a distance in Santa Monica. Because of what I was now about to do—- enter rabbinical school, of all things—I tried to avoid him. No such luck: he came my way, as if he sensed something was up he ought to know. I confessed my plans and tried to appear as if becoming a rabbi was the most natural thing. Hayden smiled warmly, and said, “Uh huh—that makes sense. Do good things.”

Of course, it was only afterwards that I realized the irony: as I went mainstream in my way, so had Hayden in his—- he was then in the midst of a quixotic but serious run at a Senate seat from California.

I didn’t understand so then, though later I would, that, while not formally religious, Hayden possessed a religious soul. His keen interest in Native American culture, and, in particular, the Native love for the land as a spiritual entity, drove a searching curiosity about all religions. Of course, so too did that Irish soul he was just starting to pay regard when I met him. Once, back then, while in thrall to all things radical, I sat together with Hayden in a West Los Angeles synagogue service; I was antsy and bored and it showed, while he sat ramrod straight and respectful. When twenty and in search of how to be in the world, you can’t help but notice such things. He never said a word about these moments, but I always listened hard.

Not everybody liked Tom Hayden: Irving Howe and the Old Left found him arrogant, and more than a handful of New Left peers agreed. I didn’t suffer the burdens of being predecessor or peer, and liked him from the beginning. I never stopped, even as our meetings over the decades grew episodic and we lived a continent apart. Neither did my gratitude for Tom Hayden cease— you don’t lose appreciation for someone who takes you seriously, whether or not you’ve quite yet earned it.

Much as Hayden influenced me in the early seventies, however, I didn’t become him. Not close. I even eventually left the left. My apparent remove from my teacher was far more than about the Irish and the Jews (though, in the end, we discussed this, and it brought us to feel surprisingly closely bonded). More than anything, it was that my passion for Israel, and my centrist political perspectives landed me at some odds with the vast majority on the N. American Left, fellow Jews included. I came to discuss this, among other things, with Tom two months ago now—-gingerly at first, then respectfully, and, finally, with a realization that we were more in alignment than I had imagined.

What had seemed a matter of distance turned out to be common ground. That, too, was the gift of a man who, while deeply principled, wasn’t afraid to think differently. In retrospect, maybe I’d learned some of the same from my teacher—-just one reason my affection and respect for Tom Hayden will endure long beyond his death.

Rabbi John Moscowitz, rabbi emeritus of Holy Blossom Temple in Toronto, is the author of Evolution of an Unorthodox Rabbi (Dundurn Press 2015). He’s writing a memoir of his days as a young radical in Los Angeles.