In Uganda, Abayudaya Jews Fight for Survival— One Well at a Time 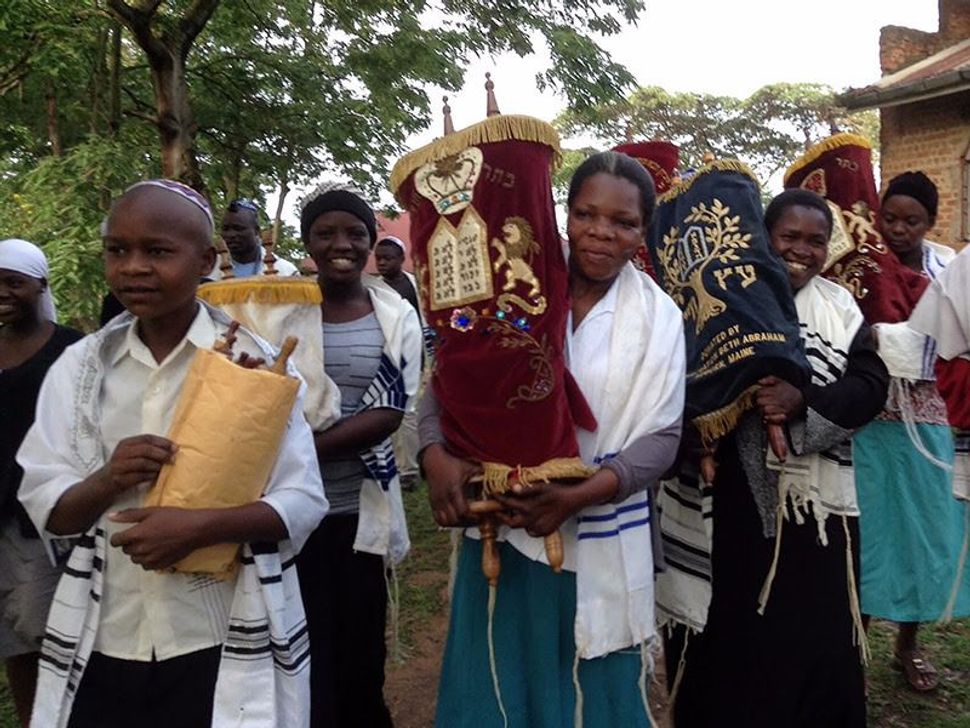 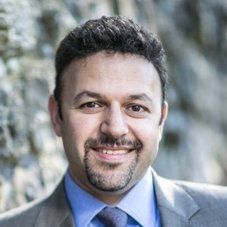 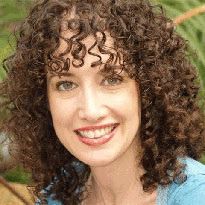 As Jews around the world celebrate the restarting of the Torah, among them is probably the world’s newest, and unlikeliest, group of Jews.

The Abayudaya are converts twice over – once converted to Christianity by British missionaries in the late 1800s and again to Judaism in the early 1900s when their leader, inspired by the Torah and unhappy with British colonial governance, founded this indigenous Jewish community in of all places, remote Uganda.

A San Francisco-based non-profit which advocates for Jews of color worldwide, called Be’chol Lashon (Hebrew for “in all tongues”), learned of the Abayudaya (“people of Judah” in Luganda, the group’s language) in 2002. They needed help. Be’chol Lashon reached out.

This once persecuted group that calls a remote area of impoverished eastern Uganda home didn’t ask for religious books or ritual paraphernalia, it didn’t ask to leave Uganda for a safer and more prosperous place like the U.S. or Israel. The Abayudaya’s leader and grandson of one of the original leaders, Gershom Sizomu, asked for a health center.

People were dying. Local government medical clinics were overcrowded, poor quality, and spread disease rather than cured it. So the sick avoided the clinics, but they got sicker. Diane Tobin, Executive Director of Be‘chol Lashon, recognized that her organization needed to break from its mission, which strengthens the global Jewish community by embracing its ethnic, cultural and racial diversity. “People were dying, even in his family; so we changed direction and supported the health needs of his community. Health was a clear and present issue.”

Her organization helped raise funds for the much-needed clinic, but not too far in, they halted the project. They realized this healthcare facility would go the way of all the others if they didn’t prioritize something first: getting safe water into the community. So they reversed gears and Be’chol Lashon helped finance water wells first, and then building the medical clinic got underway.

This step was exceptionally wise but unfortunately too often an exception in global health and development work. During the rapid spread of Ebola in 2014, non-governmental organizations reported that a key reason Ebola spread was due to limited access to safe running water. Family members who came in contact with an infected person or the deceased were at greater risk of infection when they could not effectively wash their hands. Subsequently, the World Health Organization surveyed some 66,000 healthcare facilities in 54 countries and found 40% of healthcare facilities did have access to safe water, 35% did not have soap and water, and almost 20% did not have even basic sanitation.

Clean water is vital for prevention, treatment, recovery and containment of disease. Since the Abayudaya medical clinic opened in 2010, not one more community member has died from malaria; intestinal diseases are way down; kids are healthier and in school where deworming and vaccinations also take place; women no longer have to spend much of their day hauling water long distances; pregnant women seek pre-natal care with a resulting decrease in mortality rates. Reminding us, once again, that water is foundational to health and poverty reduction.

Rabbi Sizomu battles poverty and prejudice. Under dictator Idi Amin, Judaism was banned in the 1970s and the group dwindled from a one-time population of 8,000 to 300 under Amin’s persecution. During that time, only a handful of Jews dared continued to practice. Mostly teens, a young Rabbi Sizomu among them, they held services in secret. Today the group is some 2,000 strong and was recently formally recognized, allowing them refuge in Israel should they so choose.

But unlike Ethiopian Jews, these Ugandans look like they are quietly resurging in place.

Uganda is a Christian majority country and the region the Abayudaya inhabit is primarily Muslim. The Abayudaya share their water and healthcare facilities with the surrounding Muslim community, and in turn, the Muslim community has become more open to them. Reminding all of us that water, the single symbol shared by every religion, is indeed an instrument of not just health, but also peace.

The good will the community has engendered among its Christian and Muslim neighbors is likely one of the reasons that this past February, Rabbi Gershom became the only Jew to win a seat in Uganda’s Parliament. He was sworn in this past May among some 380 MPs. Growing up under Idi Amin was the defining moment in his life. Among his key concerns are increasing legal rights for Jews and poverty-focused health and development. He wants to boost health services and improve roads for the roughly 400 villages that make up his district near the border with Kenya.

If ever there was an example of the power of water to cleanse, purify, sanctify and heal, this unique Jewish community, living side-by-side its Christian and Muslim neighbors, all sharing from the same fountain of life, is that example.

Rabbi Jason Nevarez serves Temple Shaaray Tefila in Northern Westchester, N.Y. He was in the inaugural cohort of UJA’s Rabbinic Fellowship for Visionary Leaders, proudly leads the Northern Westchester Interfaith Council, and was recently named one of Bedford’s 25: Most Creative, Most Dedicated, Most Influential.

Susan Barnett is a former award-winning network news producer, now a strategic media and communications consultant to nonprofits. Dedicated to global health and development, more information is available at Faith for International Assistance and Faiths for Safe Water.

In Uganda, Abayudaya Jews Fight for Survival— One Well at a Time