Ask the Rebbetzin: I Hated Hebrew School. Do I Have to Send My Kids? 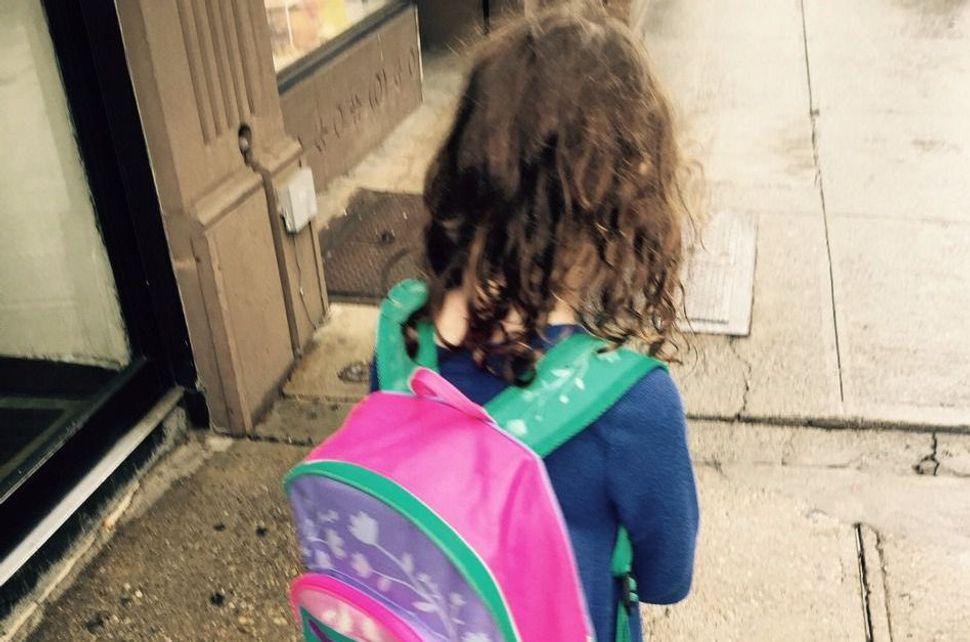 I never really liked Hebrew school when I was younger; how important is it for my kids to go? I think of it as a rite of passage, but maybe it’s one I don’t have to insist my kids experience. But, if I don’t send them to Hebrew school, is that doing a disservice to their sense of being Jewish? Can you be culturally Jewish in terms of celebrating holidays, but not really understanding their meanings and still develop a spiritual identity?

My brother and I would often go missing when the Hebrew school carpool pulled into our driveway. To say that we didn’t like it would be a tremendous understatement. I know people who found Hebrew school boring and I’m jealous of them; I found Hebrew school traumatic. Starting with the pogroms and landing on the Holocaust, it was a curriculum steeped in Jewish suffering.

At the same time, I have vivid memories of attending Rosh Hashana services and sitting next to my dad, listening as he rustled the wrapper off a roll of butterscotch lifesavers in his suit pocket. We were mesmerized by the charisma of the rabbi, his booming voice hoarse from cigar smoke. I looked around at all the other families, up at the ceiling, out the stained glass windows, and I will tell you that what crept into that space was holy. And tinged with the sweetness of butterscotch.

Would it have been possible to achieve the latter experience without the former? I don’t know. Because what happened over those formative years was a needle that threaded – I didn’t know what to make of it, but I knew I was Jewish.

When my family moved the year after my Bat Mitzvah to an area with few Jews, I was surprised to discover I had a foundation and curiosity to pursue my Jewish education. And, in college when I studied Judaism in an academic setting, with the wonderment of being exposed to the great philosophers, another stitch caught. And stitch upon stitch, through being set-up on a blind date with a rabbi who I would eventually marry.

But your question is sincere, Rite, and it is widely experienced. Our generation has opted out of these traditions in greater numbers than those before us. And for valid reasons. It makes sense that you want to provide your kids with something different from the lackluster religious schooling that you had. Your asking this question, your interest and investment in what’s at stake for your kids, gives me hope that you are seriously committed to their Jewish identities.

Yes, of course, you can give your kids a sense of cultural Judaism and spirituality. You can even take the initiative to teach them the rich meanings of holidays in your own home. But that won’t replace their standing before a community as a Bar or Bat Mitzvah, among peers and witnesses.

One gift of parenting can be the healing that takes place when you give your kids a different experience than your own. The culture of parental involvement in education has changed, and in this way, Rite, when you send your kids to Hebrew school, you will actually be returning to He-brew school yourself. Your family involvement can make it a better experience for everyone.

Rites of passage are rocky. As much as I hated Hebrew school, I remember the sweetness of my Bat Mitzvah. I had just gotten my braces off and could feel – for the first time in years – the smoothness of my teeth as I smiled from the bimah. It was not an easy transition, but it paved the way for everything Jewish that came after, which has shaped my life in ways that I cherish.

Good luck with your decision; it may be challenging, but I have faith it will be worth it.

Click here to submit your own questions to the Rebbetzin for her weekly column.

Rebbetzin, mother, & writer, Alana Joblin Ain, earned her BA from Oberlin College and an MFA in poetry from Hunter College, where she has also taught creative writing and literature. Alana lives in Brooklyn with her husband, Rabbi Dan Ain, and their two children. They are the founders of Because Jewish.

Ask the Rebbetzin: I Hated Hebrew School. Do I Have to Send My Kids?