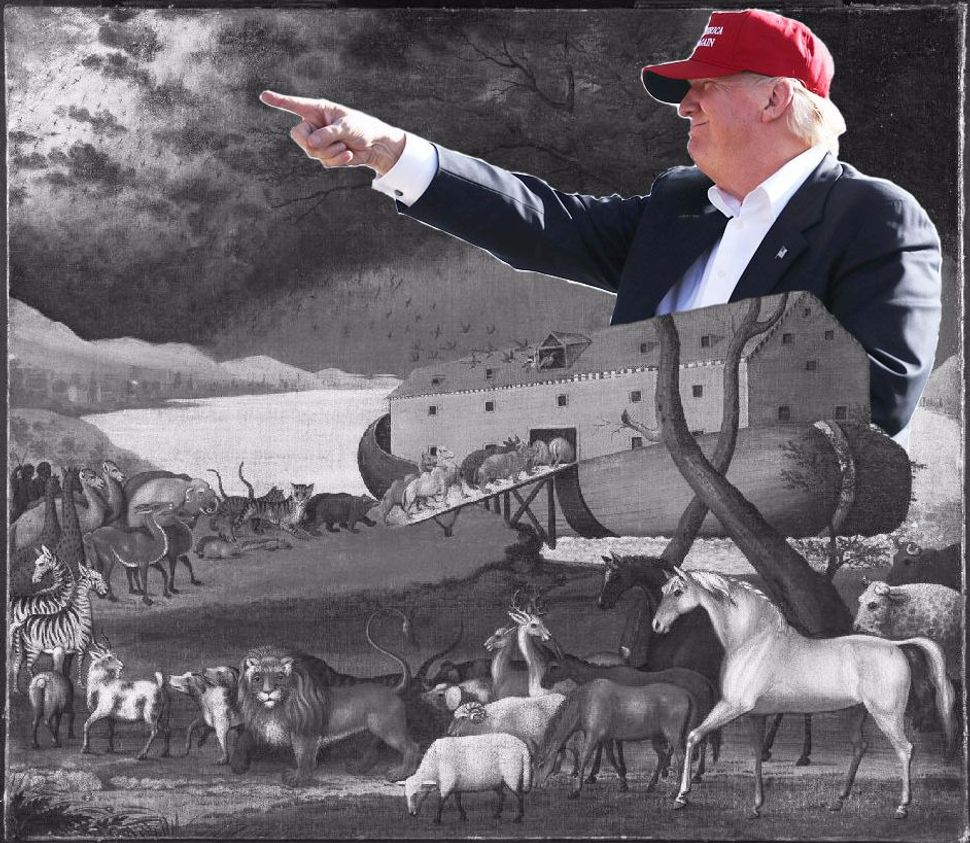 Donald trump likes to get away with things.

The Hebrew Bible has a word for “getting away with” these little assaults: hamas. Hamas means violence, but a special kind of violence. It means that a person can injure another without paying the consequences, without acknowledging that a crime has been committed. The great 19th century German Rabbi Samson Raphael Hirsch wrote: “Hamas is a wrong that is too petty to be caught by human justice. It is not brought before judges, but if committed continuously can gradually ruin your fellow-man…” Bank robbers get away with things: the loot. Hamas is a form of theft. He continues, “By open robbery, it [the world] will never fall. It knows how to protect itself against that by prisons and penalties. But by hamas, underhand dealing by cunning, astute dishonesty, craftily keeping within the letter of the law, it goes to ruin, by wrong which justice cannot reach but which can only be prevented by self-judging conscientiousness before God.”

In the story of Noah and the Flood, God says He will destroy the world because human beings have filled it with hamas. Without “self-judging conscientiousness,” under-the-radar hamas proliferates. We are witnessing such a moment now with Donald Trump.

The story of the flood is read aloud once a year in synagogues around the world. This year, it will be read this Saturday, Nov 5, three days before our election. One doesn’t have to believe in God or the Hebrew Bible to see that Donald Trump is proud of his “keeping within the letter of the law” assaults.

Many people excuse Donald Trump’s “bad behavior” because they think he will nominate Supreme Court judges they prefer. Or because he is “right about trade,” etc. That is wishful thinking. What makes us think that a man who has already dedicated his power to spreading hamas will do anything different if he gets more power? He has demonstrated that getting away with things – stealing little parts of individuals and tearing little holes in the social fabric – is his highest value.

More than once during the debates, Donald Trump told Hillary Clinton to “make a law against it” if she doesn’t like what he does. Apparently, some of the accounting practices he used to avoid paying millions in taxes in the 1990’s were subsequently banned. Yes, let’s make more equitable laws, but laws will not prevent hamas. For that, Donald Trump would need to get a conscience. It is our job to prevent Donald Trump from getting away with any more damage. Let us vote on Tuesday with our conscience.

Judith Seligson is a New York City and Alexandria, VA based painter and writer. Her solo of show of over 50 works opens at Galerie Mourlot, 16E 79 St, NYC, on November 17th.