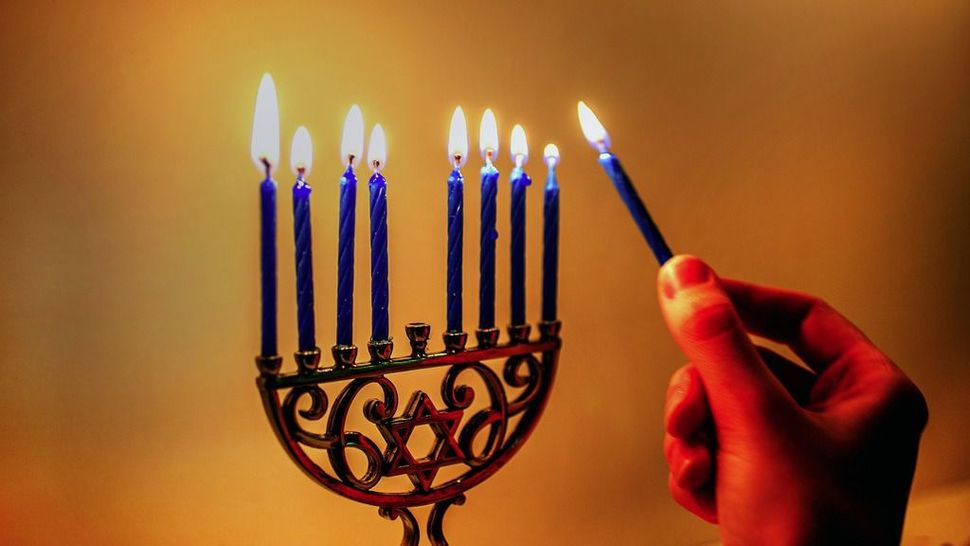 Last year, the first Hanukkah candle was lit on December 6 and the full menorah was blazing, a sight that truly brings me joy, on December 13. Almost two weeks after that came Christmas, two and a half weeks later was New Year’s Day, and close to a month later the super-sized menorah installed on the commons lawn of my apartment complex was finally removed by management.

Each time I passed the jumbo menorah, looming dumbly on the third or 13th day after Hanukkah had ended, I wondered what exactly it was doing. The holiday was over. Time, attention and the Jewish calendar moved on. The menorah’s continued presence seemed to strip the symbol of its pride and meaning and to degrade the festival itself, after the fact, of the uniqueness that comes from its eight-day duration.

If it were up to me, religious items would not be in the public square at all, but that battle was lost long ago. So, where I live in Manhattan, the menorah joins the Christmas tree and creche on our central green (as well as assorted faux-pine reindeer, red ribbons on lampposts and more). The most Christmas-y stuff appears after Thanksgiving and disappears sometime before Valentine’s Day.

As an American, I am used to experiencing Christmas seasons of uncontrollable length. Christmas lasts but a day, yet the “Christmas Season” knows no bounds. Before a parallel miasma becomes irredeemably lodged in the American calendar, I would like to proclaim: There is no “Hanukkah Season.” Hanukkah’s eight days, no more and no less, are part of what makes it special. To “celebrate” Hanukkah for more than eight days is to reduce the meaning of the holiday. And the menorah – or more properly, hanukiah, to designate the nine-branched candelabrum — has one specific purpose; to use it otherwise in public is sacrilegious.

This year, the eight nights of Hanukkah fall neatly between Christmas and New Year’s, with the first candle to be lit on December 24. But in the office building where I work, a Hanukkah menorah (unlit, at least) was installed on the lobby’s front counter December 2. As I left the building that evening, I noticed another menorah in the window of a bank nearby. And then I noticed another menorah in another bank window, sitting mutely next to a Christmas tree, just a few days later. I doubt that, to anyone but gift-anticipating children, the sight of this rather sad little menorah with its blue twist-on flames brings joy. No, it brings the thought: Hanukkah is three whole weeks away! And once upon a time, pre-Christmas-equivalence, it was even – so I hear – a minor holiday.

And we all know that equivalence is what it’s about. It seems churlish to fault, say, a building manager for trying to appear equitable by putting up both the Christmas tree and the menorah way too early. Especially if they are responding to requests from people who think differently than I, as my building manager told me when I advocated for a more Hanukkah-like duration of display for the menorah. In the past, he e-mailed me, “there were multiple requests from residents for ‘equal time’ and thus the menorah has been put up simultaneously with the other decorations.” His colleagues were “strongly advised to leav[e] it as is, otherwise we will resurrect the controversy.”

Sigh. This is what happens when there are religious symbols in the public square: We disagree about them. And a powerful symbol of the freedom to be Jewish — marking the victory of a small band of Jews over far more numerous oppressors, some two millennia ago — is rendered ironic, given that its non-timely presence is “forced” by the presence of a Christmas tree. I wonder if the millions of Americans who celebrate neither Hanukkah nor Christmas are aware of the winter’s gift they receive by not having their cultural symbols paraded in ways that are spiritually or aesthetically offensive.