How to Rest Your Brain in Israel (Sponsored) 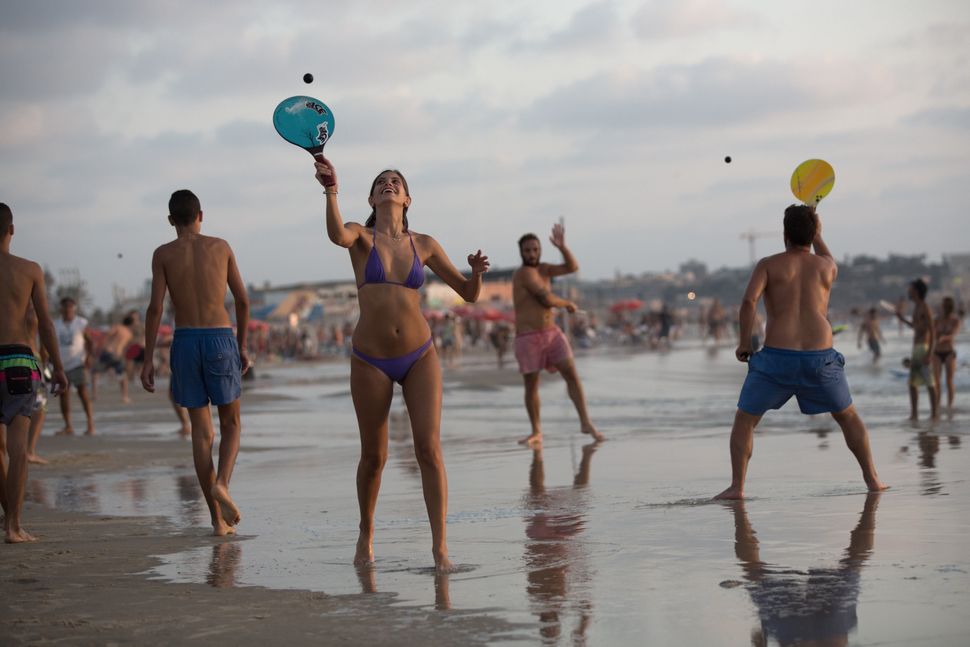 According to F. Scott Fitzgerald, “The test of a first-rate intelligence is the ability to hold two opposed ideas in mind at the same time and still retain the ability to function.”

The opposed ideas in this case would be:

• Israel is an intense place, arousing strong emotions due to its history, culture and geography.

• It is entirely possible, even likely, to have a relaxing time in Israel.

If you nodded in the affirmative to both assertions, and your head has not exploded, then clearly you have a first-rate intelligence. Your reward is the following list of ways that you can take a load off in Israel.

Walk on the beach. You don’t have to spend every hour poring over ancient ruins. Instead, take a deep breath, take off your shoes and stroll on the sand. Don’t limit yourself to Tel Aviv: there’s miles of coastline between Haifa and Eilat.

Investigate the crater. If you want to see some of the most breathtaking views of your life, head south to the Negev and stop in Mitzpe Ramon, the town overlooking the Ramon Crater. It’s highly suggested that you also rent a car or take a tour of the crater itself, an astonishing monument to the power of nature.

Get down, Dog. Yoga is hugely popular in Israel, and you can find a studio in virtually every city. A yoga break is a good idea even for beginners: if you plotz doing an awkward chair, it’s not like you’ll see any of those people again. For more experienced yogis, there are tons of opportunities for yoga and meditation retreats.

Shekket. Speaking of meditation, Israel has dozens of silent retreats to reboot your brain and spirit. Check out Or Halev, an organization devoted to Jewish spirituality that offers silent retreats at various sites in Israel.

Kibitz on a kibbutz. The austere collective farms are a thing of the past. Many kibbutzim offer hospitality packages that create a uniquely relaxing vacation. Think: organic food, massages, pools, hiking. You can get some ideas about kibbutzim and their offerings here and here.

Have a coffee. This one may seem so obvious it doesn’t bear mentioning. But sitting with a cup of coffee is a great way to recharge and also enjoy an authentic Israeli experience. Here’s an introduction to Israeli coffee so you’ll know what to order.

Splurge on a spa. Okay, do the float-in-the-Dead-Sea thing, it’s fun. But if you need something a little more luxurious, try one of Israel’s delicious spas. They’re all over the country.

There is so much to see and do in Israel, and at times it can get overwhelming. So don’t forget that Israel is also a wonderful place to let off some steam. And the best thing about it as that you don’t have to spend a lot of money. Or any money at all: the beach is free! Now go rest that first-rate brain of yours.

How to Rest Your Brain in Israel (Sponsored)