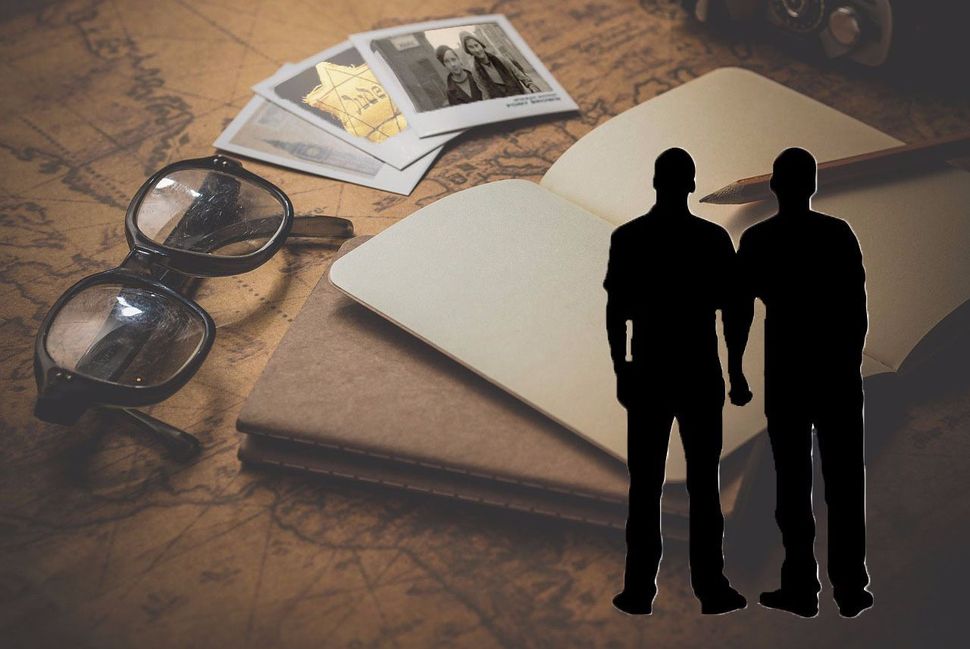 My mother, Wilhelmina Herberdina Cornelia Visser Faas, will be turning 98 next April. Although her body is frail, her mind is agile and she continues to follow and weigh in on current affairs. Now that she has lost much of her sight and hearing she is more dependent on individual discussions to keep abreast of what’s going on, including a bit of juicy gossip. Much of her time is spent digesting what she hears and reflecting on this in the context of the history of her lifetime.

In Aug 2015, I married my longtime same-sex partner Lee Wells. While our marriage formalized what was already in place, we wanted to become role models for not just “coming out” but more importantly, “living out,” because even with the shift in attitudes and laws many people still lead lonely and miserable double lives.

When I first broke the news to Mom, including our rational, she politely acknowledged it. The next day she was a bit more accepting, indicating that the attitudes of her generation and faith were conflicting forces in her mind. On the third day she said, “This is all I have been thinking about since you told me, and I want to tell you how proud I am of you.” She went on to tell me that when she grew up, there were gays amongst her family and friends, but this was something that just was not talked about. During the occupation of The Netherlands during World War II, people became so paranoid about exposing gays, because even the slightest indication would put them at risk of being exterminated along with the Jews and the mentally disabled. She said “You are exercising a legal right and by doing so you help protect that right, and encourage others to fight for and protect theirs and those of others.”

The loss of five Jewish friends still hurts her. Mom says there was nothing secret about what was going on. People were forced to wear the Star of David on their clothing; she witnessed public humiliations and brutal roundups for the camps. The bullying was overt and public. At the same time, Dutch families hid Jews from the Nazis. She said how regretful she felt for not doing more to protect those who were targeted by the Nazis and their collaborators.

These collaborators and sympathizers included some members of her family and friends. It was a period where no one could be trusted. Some did this because they were inherently evil, others because of greed and opportunism, others just to survive and/or protect their loved ones, others because of sheer naiveté. Mom often points out that in judging people we should not fall into the trap of generalization, citing that my four brothers and I would not be around were it not for the grace of a German soldier who allowed my dad to escape from a POW hospital after he was shot.

Over the last year, in our daily discussions, mom has described the parallels of what is occurring in the free world today to what occurred before World War II. One of the most significant dynamics is the way the normal is becoming abnormal. This letter to the editor in the New York Times, “The Rise of Authoritarianism,” succinctly in describes how to boil a frog alive without the frog being aware until it’s too late; in other words, how accepting the abnormal as the normal happens.

Despite being in the resistance movement with my father during the occupation, Mom continues to be haunted with guilt, remorse and regret that she did not do more to change the course of history. What has been therapeutic for her as she prepares to meet her maker is articulating how she feels and encouraging us not to become mere bystanders to the rise of authoritarianism.

Today what we are seeing in real time on prime time is the rise of evil forces that pose a threat to democratic societies. What we are also witnessing is relatively little outrage and weak opposition to this. Like the frog in the kettle, people have already been conditioned to a new reality, which if one remembers history like my mother is doing, will challenge almost everyone to choose a side—to become collaborators and sympathizers with the new world order, or resistors, revolutionaries, defenders and activists to protect democracy and all it represents.

In my work on workplace dynamics over the last five years I have discovered the erosion of rights in the workplace, which I contend gave rise to the level of discontent which has manifested an almost total breakdown of trust in the establishment. What I have witnessed outrages me. This sense of outrage prompted me to become a resistor, revolutionist, activist and agitator, and a catalyst for reformation in the workplace. My inspiration comes from the writing of Mahatma Gandhi: “It is possible for a single individual to defy the whole might of an unjust empire to save his honor, his religion, his soul, and lay the foundation for that empire’s fall or its regeneration.”

The choices my mother and her contemporaries faced in occupied Holland are the choices we could very likely face. Just like in World War II, it involves huge risks. As we are faced with these choices, consider what we all learned in kindergarten, the ethic of reciprocity— “Do unto others as you would have them do unto you.” Also consider that as these choices involve risk, they also yield rewards, making right what is wrong and making the lives of others free and safe from the ravages of tyranny.

Let us all hope and pray that we are not called on to make these choices—but let us have the grace, resolve and courage, if we do.