A Holocaust Survivor’s Second Battle and a Dog Named Hexe 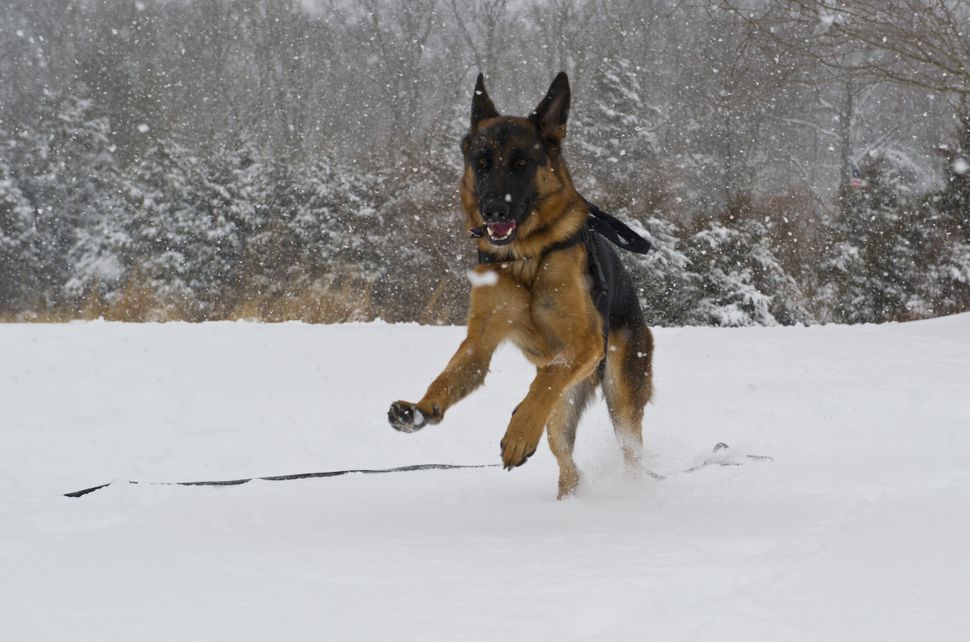 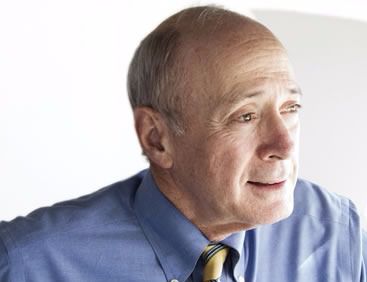 Sigmund Zlodak felt fine when he settled into his First Class seat on the 7 PM flight to St. Louis. Sig was the chief accountant for an investment firm in St. Louis; he had attended a two-day tax seminar in Denver, and he felt mentally fatigued after his close attention to the lectures on new tax laws. Once on board, he relaxed and ordered a cocktail just before take-off.

About the time the plane reached cruising altitude Sig became aware of mild tingling in his legs, so he shifted in his seat because his legs were “falling asleep.” During the two hour flight the tingling increased and his legs felt numb. Upon landing, Sig was alarmed and frightened when he found he could not stand up from his seat; his legs had rapidly become that weak on the two hour flight. There was a commotion with unnerved passengers in the aisle casting glances at Sig as they passed through the First Class section toward the exit. Soon after the last passenger exited, the ambulance crew arrived and, with difficulty, lifted Sig from his seat, placed him on a gurney and whisked him to the Barnes-Jewish Hospital Complex.

I was on call for my neurological group, and it was almost midnight when I was paged to consult on Sig’s case in the emergency department. The emergency physician had already examined him, and we discussed his case before I examined Sig at 1:30 in the morning on that Saturday in August, 1992.

I admitted Sig, and he would remain in the hospital for a month. He had suffered an acute transverse myelitis—- an inflammation of the spinal cord resulting from a viral infection. It left Sig with a complete paralysis and loss of sensation of his legs, accompanied by paralysis of his bladder and loss of feeling when his rectum filled with stool. His upper extremities were not affected.

I prescribed anti-viral and anti-inflammatory medications that were the standard treatment for this condition in 1992, but he did not improve. About two weeks later he was transferred to the rehabilitation unit within Jewish Hospital where he was given physical therapy, and rehab specialists taught Sig how to function within limitations of his paralysis. After 2 months he was able to return to work. Eileen, Sig’s wife of 36 years, lovingly accompanied him throughout this physically and psychologically challenging journey.

My wife and I had casually known Sig and Eileen before his illness, and we were members of the same synagogue. After Sig was discharged from the hospital I continued to visit him at home periodically, even after my role as a treating physician was superseded by the rehab physician and therapists.

Before his illness, I had occasionally observed Sig’s charm, sense of humor and sunny approach to life, but only after I became close to him through his illness did I learn the true measure of this man’s immense courage, iron will and faith in God. And Eileen was side-by-side with him. This does not mean there were no difficult times and doubts along his road of recovery, within the limitations of his condition.

Once, in a bad moment of doubt, he expressed to me an example of his gallows humor: “Why did God save me from the camps—- for this, a second fiendish attack against me?” For, you see, Sigmund was the only survivor of the death camps while his entire family was brutally murdered by the demonic fury of the Nazis.

Sigmund was born and raised in Nuremberg, Germany, and he was twelve years old when he and all his family were rounded up and, along with hundreds of other Jews, packed into cattle cars and transported to Dachau Concentration Camp, just south of Nuremberg in Upper Bavaria. He told me how the boxcar still smelled of the cattle, and their excreta, which had occupied the car the day before the Zlodak family and dozens of others were forced aboard.

Immediately upon arrival at Dachau, in March, 1943, Sigmund and his younger brother, Erich, were separated from their parents, whom they would never see again.

The Jews were packed into close unsanitary conditions in a barracks, leading to easy spread of diseases, accentuated by starvation food allowances, a brutal work schedule and the cruelty of the guards. The weakest prisoners succumbed to illness and beatings, and when they became too weak and too sick to work they, along with the very young and the very old, were taken away and murdered.

In this cauldron of cruelty Sigmund and Erich survived that first year.

By age twelve, before he was taken prisoner, Sig had begun his study and preparation for Bar Mitzvah. This religious ceremony, undertaken by every Jewish boy at age thirteen, is symbolic of becoming a man and taking one’s place in the adult Jewish world of responsibility. The Bar Mitzvah ceremony is one of the proudest and most joyous times for Jewish parents.

The ritual of study and the Bar Mitzvah ceremony were continued in the camps. If a rabbi was not among the prisoners, the most learned Jewish man, even amidst these horrific conditions, would teach and prepare the boy for his Bar Mitzvah. And so it was for Sigmund. Many years later, when Sig told me of his Bar Mitzvah in July, 1943, there, in Dachau, I dared not ask what his thoughts about his parents were during the ceremony.

Then, Sig told me about his brother. Erich was a year younger than Sig, and the two boys were young and strong and managed to survive the horrors of Dachau so far. A couple weeks before Erich’s Bar Mitzvah was to be held in November, 1944, he became ill with cough and fever. One day, Erich was too sick to go out with the work party. Sig attended to his brother the best he could, but when Sig returned later that afternoon, Erich was gone—- forever.

Sig told me an anecdote laced with grim humor and satisfaction as he described how he outfoxed one of the top Nazi bigwigs. Julius Streicher was a high-profile Nazi who lived in Nuremberg where he published a notorious anti-Semitic newspaper, Der Sturmer. After WW II ended, Streicher was found guilty of “Crimes Against Humanity” at the Nuremberg War Crimes Trial, and he was hanged.

A month before Sig and his family were deported to Dachau, he was walking his dog on the streets of Nuremberg when he came upon Streicher who was walking his dog. Sig was only twelve, but he recognized this well-known evil man, and Sig ‘s guard was up. The two dogs sniffed at each other and wagged their tails; Sig’s dog was a little mutt, while Streicher’s dog was a large German shepherd. While the dogs circled and sniffed around, Streicher smiled, said a few words to Sig and seemed to admire the blonde-haired boy who looked Aryan. When Streicher asked Sig where he went to school, Sig immediately realized that if he told him, Streicher would recognize that Sig was Jewish, so Sig deftly turned the conversation to the dogs, and then hurried away.

Upon hearing this story, I don’t know what possessed me to ask Sig, “Do you remember what was Streicher’s dog’s name?” Immediately, Sig replied, “Hexe.” Hexe is German for “witch.”

At first glance this little anecdote may be amusing, but on a deeper level, Sig felt he put one over on Streicher, giving himself a faint flickering of hope that perhaps he could survive after all in the midst of the obscene horrors of The Holocaust.

Harvey Blumenthal is a retired physician and emeritus professor of neurology at the University of Oklahoma College of Medicine, Tulsa. During the Vietnam War he served two active duty years as a Navy doctor at U.S. Naval Hospital, Great Lakes, IL

A Holocaust Survivor’s Second Battle and a Dog Named Hexe