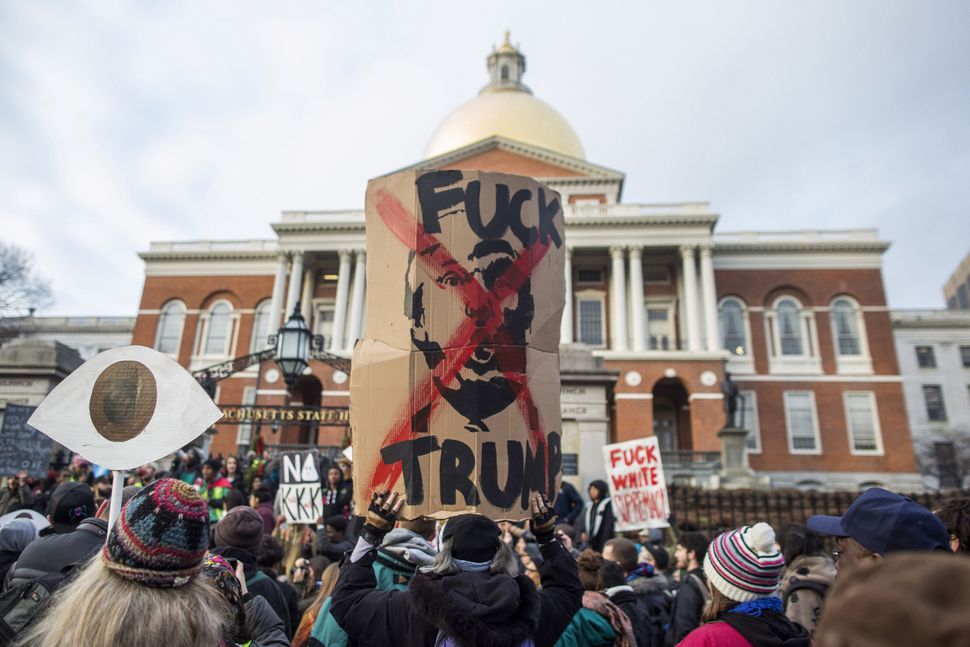 Liberal Journalists have had a tough couple of months. Liberal Jewish journalists? Even tougher. Nothing seemed to work this year. Trump was the worst person ever to run for President, they said. The mainstream media and Hollywood pulled out all the stops. Celebrity videos, polemics by noted thinkers like George Takei and Lena Dunham, CNN panelists; they all tried to tell us Trump hates women, Jews, Black people, and the Constitution.

Perhaps nothing stings so much as “defections” from trusted minority groups. Some in the Jewish community are engaged in furious reprisals against fellow Jews who dared support the “Orange Fuhrer”. Ivanka Trump was harassed on an airplane, Jared Kushner’s Judaism was questioned. I knew my turn was coming, and indeed, enter Jamie Kirchick (not really a “liberal”, but very anti-Trump) and his recent Daily Beast piece, “The Jews Begging to Join the Alt-Right”, targeting myself and fellow contributors to our website “The Jewish Alternative”.

Despite Kirchick’s title, the “alt right” doesn’t constitute something one can “join”. There’s no organized alt-right political party, no organization that can lay complete claim to the title. There’s just people, who have come to their political conclusions in the same manner that Kirchick has. Some of them hate Jews. My fellow contributors and I are Jewish, and therefore, they hate us. It’s really that simple. We may share some political positions with these anti-Semites, we may agree on some issues, but we are not the same thing, not in the same “group”, and never will be. Kirchick’s semantic games, repeated so many times by the media (all alt-right are Nazis, alt-right supports Trump, therefore Trump = Nazi) failed to influence the election or shut yours truly up.

In his piece, Kirchick did manage to make a halfway decent point:

Jews should know that their well-being is best assured in societies that respect religious and ethnic diversity, pluralism, democratic values and the rule of law.

While we would quibble over what’s meant by “religious and ethnic diversity”, there’s no doubt that rule of law, stable public institutions, and a responsible government benefit the Jewish people. We don’t do well in unstable, polarized environments. We don’t do well when the “public truth” erodes and we’re all in our own epistemological bunkers. Kirchick and I agree on this, but what he doesn’t see is that engagement with alt-right ideas is the only way to reverse this situation and restore us to a country where Jews (and Democracy) will be secure.

The political left is the real threat. No Twitter trolls or nasty memes will change this. No esoteric White Nationalist gatherings even come close. On the left, race is every bit the issue as it is on the right, with concern for rule of law on the back burner. The political left controls universities, media companies, and has inroads to the Democratic Party. What multinational alt-right media company can put out an openly racist video like this one from MTV?

Where are the tenured alt-right college professors, calling for genocide of an entire race? Which political orientation is actively working to reduce legal protections for people accused of a crime?

American Democracy, like it or not, was conceived and implemented entirely by White, Christian, land-owning men. A political left obsessed with attacking “whiteness” hates everything about our founders. Their skin color, their gender, their ideology… and the country they started. The alt-right can talk a mean game on Twitter, but they don’t attack our Democracy at the fundamental level the left does, and furthermore, unlike the left, they have no power.

You cannot fight the left without affirming the value of the “whiteness” they attack, because what they are really attacking are the foundations of Western Civilization. As Jews, we must raise our voices against this. Let the Nazis whine.

Kirchick (and other liberal Jews), we’re on the same side here. We both want a strong Israel and an American Constitutional Republic. We just can’t get there from here. Stop yelling “Nazi” at everything to the right of Barbra Streisand, and join me in the trenches. The alt-right will seem like an afterthought, once the identity warriors who are motivating them are brought to heel.