Take It From A Brit: American Liberals Need A New Plan 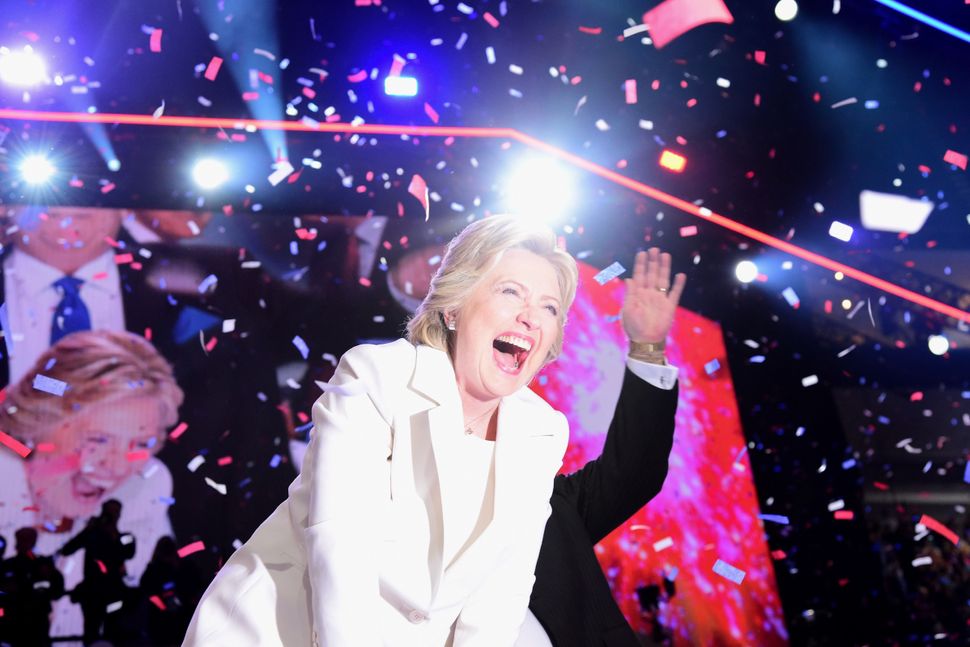 As the endless autopsies of the 2016 election continue to pour in, what is clear is that the left needs a new organizing message. Luigi Zingales warns us against attacking Trump in order to focus on his policies, and Mark Lilla decries the end of identity politics for the progressive movement, but what is the foundational message that can serve as the cornerstone of the liberal comeback?

As a newcomer to America, it appears obvious to me that American liberals have an inbuilt advantage over their European counterparts. As a born and bred British citizen, I remember well the debates that Gordon Brown faced when trying to define British values. Coming in after the failure of the multiculturalism, a tactic that did not seem to create a cohesive society, Prime Minister Brown decided to call for community cohesion. What the community was supposed to unify toward became a national conversation about what British values are today.

America does not suffer from this problem. The civic-nationalism that is America’s founding creed, and its populace of hyphenated identities, allows for an inclusive patriotism accessible to all. The Irish-American, Jewish-American, African-American and Muslim-American can look to the second part of their hyphen and see a commonality. The Constitution and Bill of Rights lay out a doctrine that is fundamentally inclusive. The universal nature of the American experiment, its civil religion, is the core of American exceptionalism. What makes America the shining city on the hill is its openness to all those striving toward the values to which we all hold dear.

These values are what allowed Hamilton, the musical, to be beloved by Vice-President Dick Cheney and President Obama. It is what enabled Captain Humayan Khan to serve the nation. It is the centerpiece of America’s soft power around the world.

In the most recent election, Donald Trump’s campaign carefully turned American patriotism into nationalism. For most, it was economic nationalism, for others, it was white nationalism. In each case it was a zero sum game- if you were not gaining, it was the fault of an “other”. Those “others” could be the countries, like China and Mexico, that Trump says saw us as an easy mark. But they could be American immigrants and minorities that some felt received unfair help from the Federal government, enabling them to leapfrog “real Americans” in social advancement. The rallying cry was America First, and he convinced his voters that they were the real America; the “others”, including other Americans, were responsible for keeping them down.

The key to gaining back the narrative is to reclaim the patriotic mantel. Baked into our social values is a pride in being American. There is a reason why E pluribus unum has been the unofficial motto of the United States.

Democrats searching for an organizing philosophy that can rebuild the party, from the local to the federal level, do not need to start from scratch. The American base setting is one of optimism. It is one of faith, service and the belief that anyone can rise to the top. If a Trump administration aims to turn Americans against each other in a national Apprentice competition, Democrats can rebuild through an appeal to civic service and belief in community.

This does mean a reorientation. We must move away from messages implying that the state has the only answer to inequality. American fear of the federal government goes back to the founding of the nation. A return to communal resilience and a re-creation of social capital can be the fertile ground where red districts become purple or even blue. Promoting programs in the community, dealing with common problems, and linking those left behind by globalization can be a far more effective than speaking about tax credits.

We also need to find ways to link communities of faith around common service projects. As the evangelical community, which overwhelmingly voted for Mr. Trump, continues to define their political identity in these changing times, where public morality is no longer their touchstone, the left should try engaging with them in service projects that link black and white churches, multi-faith projects and those that serve the poor. Not only will these provide new avenues to help bridge cultural divides, but they will also provide opportunities to campaign on common causes and enable a less partisan divide.

Finally, and this has been written before, we must concentrate on what we share as a nation, rather than the identities that divide us. We cannot and should not descend into demography and think that it ensures a democratic future. The hard fought wins for communities of color and others who have been historically discriminated against must never be given up. But we must be for more than just battles for minority groups. The American values that immigrant groups accept so proudly should give the native population a great comfort. It’s those values, and the proponents of them, that are the best messengers to a socially anxious population. Whether the Islamic gold star family or the job-creating first generation immigrant CEO, these are the leaders that can reframe the debate away from a narrow nationalism and towards a civic patriotism.

2016 in general has shaken liberals the world over to our core. Being a new immigrant to America, I truly believe that we have a head start that no liberal democratic party has. We have as a nation agreed upon what our shared values are. We now just need to live up to them.

Take It From A Brit: American Liberals Need A New Plan