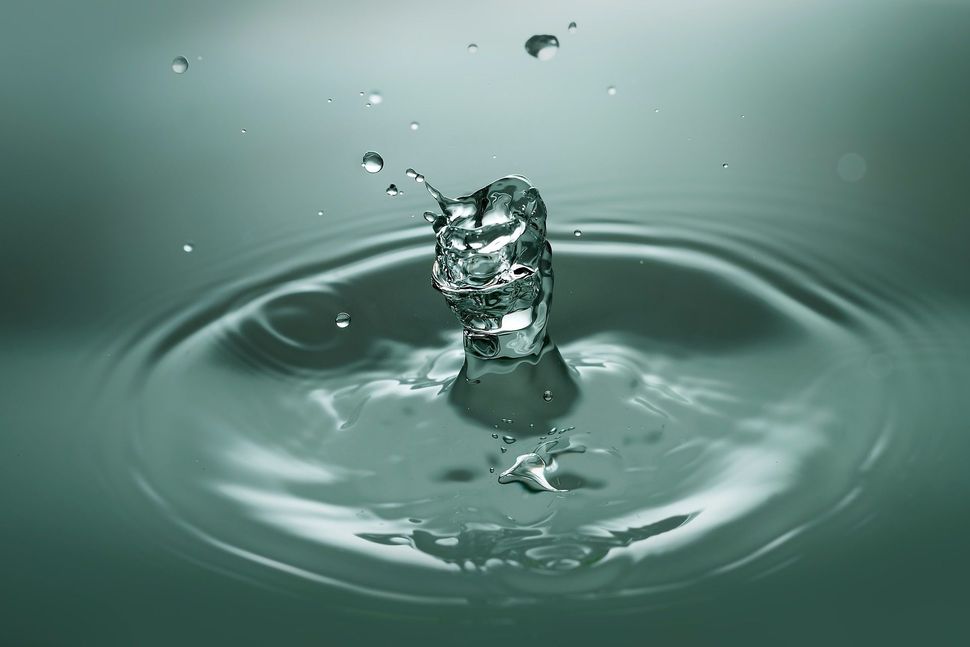 When I first heard about The Well’s month-long #Reflect4Rosh social media campaign of introspection and gratitude leading up to Rosh Hashanah, my immediate thought was: “Oh, so it’s like everyone’s gratitude posts during the month of November, leading up to Thanksgiving.” And yet, when I looked a bit closer, I was surprised to see that the first step they advocated in their 3-step process wasn’t to post what you were grateful for that day – rather, it was to STOP (Step 1). I was being encouraged to pause and breathe. Mindfulness is something I’ve been working on – and I know many feel like I do that it’s difficult these days to unplug and take moments to just breathe. So, I loved the idea of taking a moment every day where I remind myself to pause and take a deep breath. So far, so good.

So, I engaged with the process. After breathing and reflecting, I posted each day to Facebook. As time went on, I created a list of topics I wanted to post about. I found myself anticipating posting my daily reflection, and looked forward to taking that moment to breathe, in and out. Sometimes I posted pictures (photography is one of my passions and I was more than happy to incorporate it into this project) and sometimes I quoted song lyrics, or discussed other passions of mine. Oftentimes I wound up posting about something that had happened that day, or about some conversation I recently had that intrigued me. I found myself looking forward to posting my daily reflections, thoughts and questions. I invited audience feedback, and was surprised my Facebook posts received so much interaction. I even received comments (from both Jews and non-Jews) about how much people enjoyed my posts and enjoyed discussing them. I suppose I wasn’t overly surprised when I later learned that over 91,000 unique individuals around the world engaged with The Well’s #Reflect4Rosh campaign this fall, with participants from Detroit to Los Angeles to Capetown to Argentina to Tel Aviv, and everywhere in between!

In some ways, I felt like I was fighting my own war of positivity on Facebook. The election talk was heating up and Facebook (or at least my feed) was surrounded by negativity. My #Reflect4Rosh posts became an oasis, a positive moment shared by anyone who chose to read or comment on my thoughts and me. One of my most-commented upon posts was when I reflected on personal changes that I want to make in the year ahead and asked people what kinds of people they aspire to be… in three words or less. It’s hard to limit yourself to only three words. But the response was incredibly positive, and the words that came up most often were: loving, kind and compassionate.

I admittedly “missed” a couple of days during the month, forgetting to post or being overly occupied with other life moments. But the beauty of the project was that each day of the month was indeed a new one, and there was no guilt associated with life happening. Admittedly, I also loved that the way The Well launched #Reflect4Rosh globally was by sending kazoos to social media influencers around the world and inviting them to record and post videos of themselves blowing them like shofars!

As the month came to an end, I still had topics I wanted to discuss. I’ve selectively shared these thoughts and questions in the months since Rosh Hashanah. As the secular year now comes to an end and I reflect on 2016, I consider #Reflect4Rosh to be one of the highlights. It gave me a chance to engage with my community and myself in a new way, and mostly, in this crazy, busy world, it offered me a chance to Stop, Reflect and Share.

As we welcome in 2017, I hope we all have the opportunity in the year ahead for moments of quiet reflection, greater compassion for each other, more love, more connection, less noise and more fun. #Reflect4Rosh