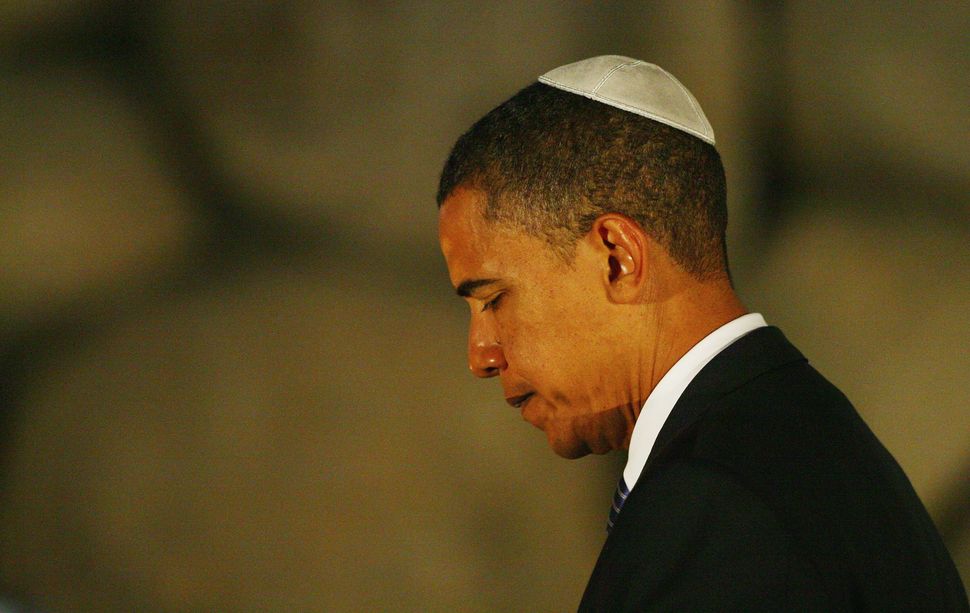 Through family connections and a stroke of luck, I was able to attend the 2016 White House Hanukkah party – the final such event for the Obamas.

The White House Hanukkah Party is, simply put, an unbelievably odd event. The entire Presidential compound is presented in its Christmas morning attire –- with the exception of a single silver menorah. Red and green, rather than blue and white, remain the colors of choice. Considering that we Jews are about 2.2% of the U.S. population, this meek attempt at representation is more than satisfactory, especially considering the venue.

The crowd was made up of influential Jews, including rabbis, non-profit leaders, Congresspeople, Supreme Court Justices, and even intended Supreme Court Justice Merrick Garland. Far from jovial, however, the room was noticeably tainted with the sadness of the impending Trump presidency. On a political level, those near-tears quite clearly felt so -– like others nationwide — due the divergent values President-elect Trump has repeatedly professed. On a practical level, however, it’s also important to note that the majority of the individuals in the room aren’t likely to be invited back if the Trump White House opts to host a similar event. For these folks who had spent eight years enjoying the quite tangible hospitality of an unapologetically liberal, pro-Jewish president, Trump and his alt-right baggage are a rude awakening.

The room was filled to the brim with coastal liberal Jews. Looking around at the diverse crowd, including African-Americans, women, and gay couples, one thing became clear: this is not the crowd of the next 8 years. Barack Obama’s White House has, almost to a fault, stood for diversity, equality, and representation. I was lucky enough to experience a little over 2 hours of it. These 2 hours were enough to truly understand just how much I’m going to miss him and what he has stood for over the past 8 years.

I grew up alongside Barack Obama’s political maturation. Sure, I remember the tail end of the Bush years, but because I was born in 1996, my first true political experiences coalesced around Obama’s 2004 DNC speech and subsequent campaigns. My middle school cancelled classes the day of the inauguration to watch out first black president be sworn in. I never in my life thought I would be in the same room as the man – let alone shake his hand. My expectations were low. An event like this was bound to simply be a photo-op in which the President would appear for a few minutes at a distance. I assumed I would hear a carefully-crafted, apolitical, vaguely Jewish speech from the outgoing President. If lucky, I thought I might get to snap a few mediocre iPhone photos of the President from 40 feet away. The reality far surpassed my wildest dreams.

The President invited the family of Israeli founding father, intended peacemaker, and Obama counterpart Shimon Peres to light the menorah. The menorah, as Obama explained in detail, was an heirloom of the Walden family, the family of Peres’ son-in-law. This menorah was the sole possession which survived a Nazi burning of the home of the neighbors who had hidden the Walden family during the Holocaust. Obama’s message of hope – Jewish hope, in this case— endures, even in the menorah.

Although forlorn, Obama’s speech demonstrated a great deal of seemingly-Jewish hope. Borrowing from the Hanukkah story, he said that, “in every generation, we take heart from the Maccabees’ struggle against tyranny” and “their fight to live in peace and practice their religion in peace.” The President made a point of relating Judaism to America, telling the story of how George Washington assured the Jews of Newport, Rhode Island that the United States “gives to bigotry no sanction, to persecution no assistance.” Seemingly alluding to the specter of the looming Trump-presidency, Obama went a step further, adding that, “the story of this community and the work you continue to do to repair the world forever reminds us to have faith that there are brighter days ahead.” The crowd responded with a wave of laughter. A slight smile crossed the face of the Obama couple. The First Lady laughed it off, claiming “they’re a little cynical.” The President, ever the optimist, refuted his wife, exclaiming that “no, no, no, they’re not cynical.” Some us are, but President Obama, in this Jewish moment, was a beacon of light in a post-election cloud of darkness. Obama, at his final Hanukkah party, made a point of professing inherently Jewish hope as the way for those in the room to approach the next four years.

“We want to emphasize that although we will be leaving here on January 20th,” The President said to a deafening, collective, “NO!” He calmly assured the crowd, promising, “we will meet you on the other side.” I hope he means it. We, as Jews, need him. We, as liberals and Democrats, need him.

After his remarks, the President and First Lady made their way through the front of the crowd. I’m 6’2” and a washed-up left tackle, so I managed to push my way to the second row of an otherwise-short crowd. Standing near the exit, I waited my turn patiently and anxiously. When the President and First Lady approached, I was simply blinded by a mixture of fear, excitement, and giddiness. Nothing prepares you for moments like this. They say to never meet your heroes. They’re wrong.

“Thank you for everything, Mr. President,” was all I could muster. I looked up in awe, snapping blurry iPhone photos, as I made eye contact with the human representation of hope. He nodded with an expression far-from-a-smile on his face, shook my hand, and moved on.

President Obama is my generation’s physical embodiment of progressivism, and enduring hope. At this Hanukkah party, he was the embodiment and inherent Jewish hope. He is a primary reason in why I, and those like me, intend to pursue careers in Democratic politics. He repeatedly showed young liberals that change can be achieved. Somehow, in the same country that elected Donald Trump, a single-mother-raised, mixed race boy named Barack Hussein Obama became President and achieved incredible things. I try to not buy into overwhelming sentimentality, but Obama – and what he represents – its massively important.

“You can be President when you grow up,” wasn’t necessarily something uttered in my household. My parents, always unwilling to sugarcoat the world, repeatedly made the point – “we’ve never had a Jewish president.” For those us with political aspirations intended to surpass the previous achievements of our identified communities, Barack Obama matters. For marginalized communities, like the Jews, Barack Obama matters – especially in the moments he took the time to understand and represent us and our values – as he did at this Hanukkah party. If he can beat all the odds and achieve such greatness – all while retaining such unbreakable optimism – so can we, as both a Jewish community and as a nation.