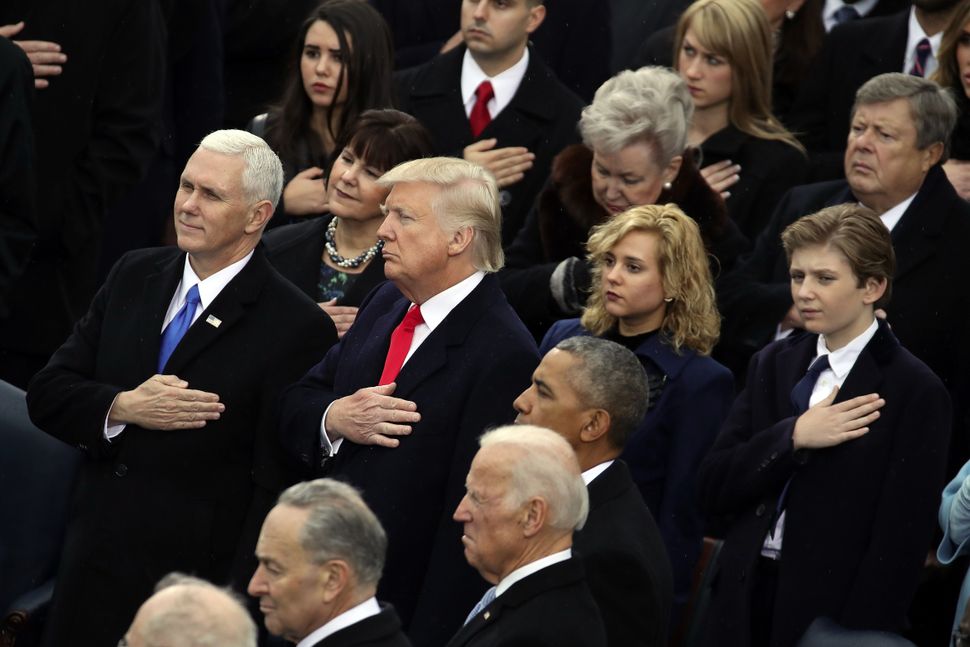 Today one of the most shocking and disturbing events in American history will unfold, an event I and many others more intelligent and informed than myself thought would not, could not, happen. Reading an article about climate change yesterday evening I thought of a friend of mine — a good hearted spiritual leader committed to truth and justice — who is a climate skeptic. He thinks that human caused climate catastrophe will not, could not, happen. “Surely when he watches Trump’s inauguration he will change his mind,” the thought flickered across my radar. Not because the Trump administration is primed to hasten and worsen the coming destruction wrought by climate change, which it is, but because watching Trump become President should expand our visceral sense of the possibilities of the horrible.

All of us in North America hear about the atrocities unfolding in the Congo or Syria, or read of the terrors of the European past and are stunned by how bad the consequences of human choices can be. Yet our bodies, our very nervous systems, are steeped in the unparalleled safety and rationalism of the post WW2 comfort-bubble in Western, developed countries that most of us have lived in. Trump has changed all that, or if he hasn’t yet for some of us, he likely will soon.

I grew up partially immune to the aforementioned comfort-bubble. My father spent the first 5 years of his life in a poverty stricken, rat infested DP camp in Austria. He was among the 6-11% of Jewish children who survived the Holocaust because of the cunning and heroic efforts of his father, Meyer Gindin. Meyer grew up in Belarus in an Orthodox Litvak family, but became a socialist and befriended the Red Army soldiers stationed in his town before the war. They warned him of what was to come and he believed them. The rest of his family did not think the unthinkable along with him, and he fled the town alone, going to Russia where he spent much of the war. His father, mother and 10 brothers still in Belarus were murdered later when the Nazis came. That story, along with the pervasive presence of the Holocaust in my childhood, deeply imprinted me. If Meyer had not been afraid then, I would not be alive today.

That is the gift that Trump gives us: fear. If Trump can happen, what other black abysses await us? Well, there are quite a few to worry about. Aside from climate change itself, which Yale economist William Nordhaus recently argued would take a global mobilization on the scale of WW2 to stop being being truly apocalyptic in its effects, there is also the severe threat of soil erosion (the UN says we have 60 years of harvests left at current rates) and loss of biodiversity (with ⅔ of wild animals predicted to be extinct by 2020), among many others (like nuclear proliferation and job eating automation).

What we seem to lack, we residents of rich and powerful countries that are allowing future horrors to gestate under our noses, is a visceral sense of urgency, visceral enough to lead to radical action. Action like leaving your home village at 17 to join a foreign army in order to survive. Our intellects may know what seems certain to come from the current status quo, but our bodies don’t. We don’t feel it in our guts. Here’s hoping watching Donald Trump become president of the United States today re-ignites in us a visceral sense of the horrors of the possible. In the dangerous times ahead, that is a gift that could keep on giving.