Tough Love: How America Can Be The Ally Israel Needs — And The World Deserves 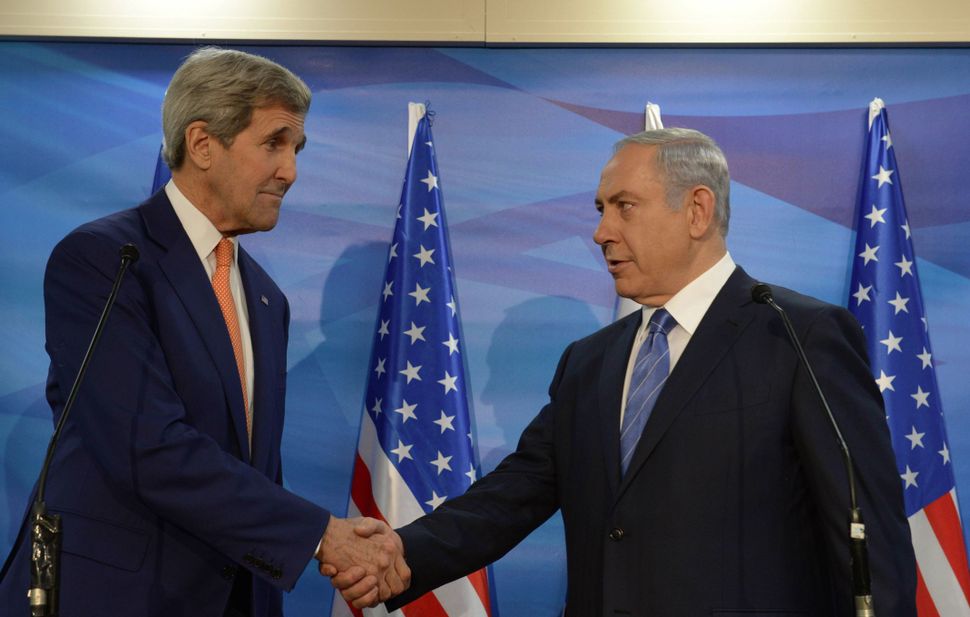 As I read the outrage of Israeli and American critics of last month’s U.N. Security Council resolution on Israeli settlement activity and John Kerry’s speech, I recall the day in 2003 when I sat in the office of France’s foreign minister as he explained its opposition to the U.S. invasion of Iraq.

Dominique de Villepin spoke of proofs of friendship in moments of great need: of Lafayette and the French fleet that fought for U.S. independence; Americans who saved France’s freedom in world wars; and Charles de Gaulle, who told Washington it did not need to show him photographs of Soviet rockets in Cuba – its word was good, and he would stand with it in the gravest nuclear crisis.

It was not easy to speak in public and act in the Security Council against what the U.S. believed was a major national interest, he said, but there are situations in which the best thing a friend can do is give honest criticism.

Many Americans spoke then of France’s perfidy, but with time and perspective, its warnings about that war are now widely considered wise, certainly well-intentioned.

As the Israeli-Palestinian dispute persists, cries of shame and betrayal directed at the Obama administration by many Israeli and American political leaders and members of Jewish organizations will likely appear as over-the-top as the 2003 name change of a staple on the Congressional cafeteria’s menu from French fries to Freedom fries.

But what of more thoughtful critics, who acknowledge the good intentions of the president and his senior diplomat and agree that two states, the borders and other attributes of which the parties negotiate, are the only stable long-term solution? They concentrate on two questions: why, with the Middle East in chaos from Iraq and Syria through Libya and Yemen, choose the relatively quiet Israeli-Palestinian situation for a last initiative? And why fuss so about West Bank settlements when there are so many other roadblocks to peace?

The active wars, especially Syria’s carnage, do require more immediate action, but there is nothing the Obama administration could do in its last weeks to end them. Reminding the world and the incoming U.S. president about the still volatile Israeli-Palestinian dispute and that it is trending in a dangerous direction is an appropriate last contribution.

The Security Council and Obama administration did not define resolution of the conflict as dependent solely on settlements, or upon Israel’s actions. They identified the most active element of many that need change.

Before a two-state solution can be reached, Israel’s government must give more than Prime Minister Netanyahu’s lip service to the concept. The Palestinians must resolve the civil war between the PLO on the West Bank and Hamas in Gaza and form a negotiating team with the greater energy and broader support to make tough compromises, including on Jerusalem and the right of return.

Both populations need to be prepared, including by ending Palestinians’ anti-Israel propaganda and by outreach to the increasingly powerful national-religious community in Israel.

Though each of these topics requires further effort to produce conditions favorable for successful negotiations, none are moving the situation on the ground inexorably in a way that would make two states impossible. But the settlement issue is.

It is not only that 100,000 more Israelis settled in the captured lands during the 8 years of the Obama administration, 20,000 of whom are in settlements deep inside the West Bank. The difficulties Israel’s Supreme Court faces in effecting removal of Amona, a small settlement it ruled illegal under Israeli law, shows how hard it is to reverse this. And a bill is moving in the Knesset to legalize such settlements.

With each new settlement or expansion come protective measures: more army patrols and the reconfiguration of road networks and other controls that make it increasingly difficult for Palestinians to move around the West Bank.

A map of settlements speckled throughout the putative territory of a Palestinian state resembles a face with measles. Indeed, the more appropriate medical metaphor is probably steadily metastasizing tumors, consistent with the desire of hardline nationalists to make a viable, contiguous Palestinian state impossible.

It is not possible to say when the death-knell for two states will sound if settlements proceed, but it cannot be far off. Israel would then face the grim decision of which Secretary Kerry warned: to become openly imperial, less democratic, ruling indefinitely over millions of Palestinians and courting new explosions of violence; or to extend democratic rights to all inhabitants of what would no longer be a dominantly Jewish state.

Like France in 2003, the Security Council and Obama administration have given the candid advice friends owe friends, even if it initially seems bitter to the recipients. Let us hope Israel recognizes the good intentions but also prudent quality of that advice in time.

Tough Love: How America Can Be The Ally Israel Needs — And The World Deserves