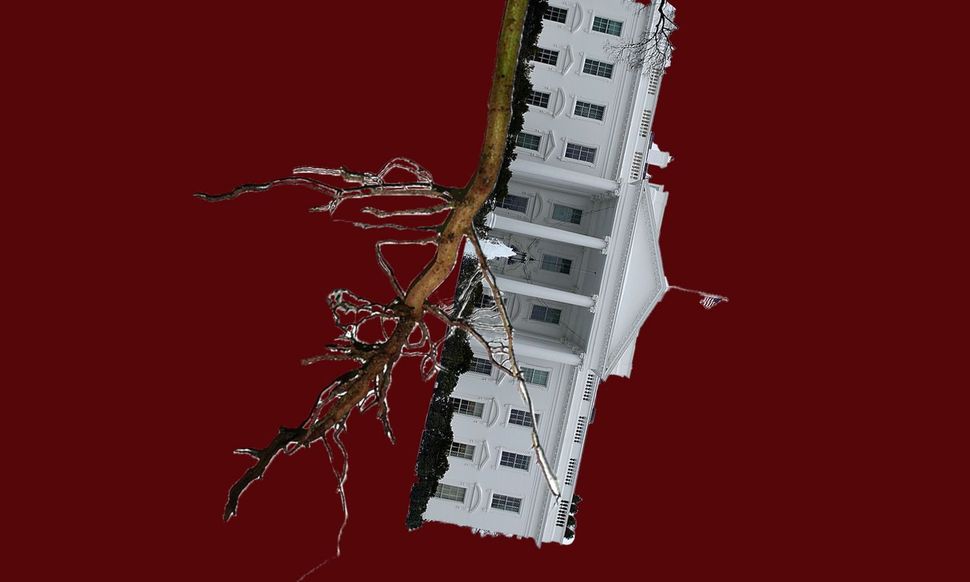 I used to think of Tu B’Shvat, the Jewish “new year” for trees, as somewhere between a children’s holiday and a faux holiday. Give a child some dirt in a plastic cup, plant a seed, and move on. Call the Jewish National Fund, plant a tree in Israel in someone’s honor, and don’t think about it again until next year. Tu B’shvat was once a simple, happy holiday.

With the election of a climate-change-denier-in-chief, that all changed: Tu B’Shvat just got political.

Even before the inauguration, President Trump famously tweeted that climate change was an expensive hoax.

Even before the inauguration, team Trump began their assault on the Obama legacy of climate control. They appointed Oklahoma Attorney General Scott Pruitt, a climate change denier, as head of the Environmental Protection Agency. Pruitt describes himself as “a leading advocate against the EPA’s activist agenda.” A man who built his career around destroying an institution is now leading that very institution.

The day after the election, the Early Childhood Center at my synagogue hosted a curriculum night— I’ll never forget it. Parents of about 130 young children were there. A line spontaneously formed to speak to me— grown men and women approached me. Some were in tears, asking for hugs and reassurance. These parents are some of the most high-powered, accomplished, impressive professionals in Manhattan. The concern I heard over and over again was – What does this election mean for my children? How can my child grow up in a country that denies global warming, contributes to pollution without serious regard for the environment? What kind of world will my sweet child inherit?

There is a Jewish teaching that “If you are holding a seedling in your hand, and you hear the Messiah coming, plant the seedling and then go greet the Messiah.” Now, I get it. The earth is so important that even the Messiah should be kept waiting so we can nurture it. On Tu B’Shvat, I’ll do projects with children and I’ll plant trees in Israel as usual. But this year, I’ll also participate in what has become a political act — I’ll recognize the importance of protecting our environment. I’ll make donations, write articles, and teach classes about respecting our earth. So while I’ll be planting literal trees, I’ll also be planting ideas. I’ll remind our children that the world is a fragile place. I’ll remind them that of all things God could do, God chose to make a garden as one of the very first acts of creation. I’ll remind them that forests, animals, glaciers, and clean air all rely on us and our ability to affect change.

Tu B’shvat is not fun only, anymore. It’s an opportunity to plant seeds in our children so that they may cherish this earth. It’s a chance to assert our values and even our politics. I don’t know about you, but I’m ready to dig in.

Rabbi Diana Fersko is an associate rabbi at New York’s Stephen Wise Free Synagogue, where she oversees the Center for Community Learning and the “Pathways to Judaism” conversion program.