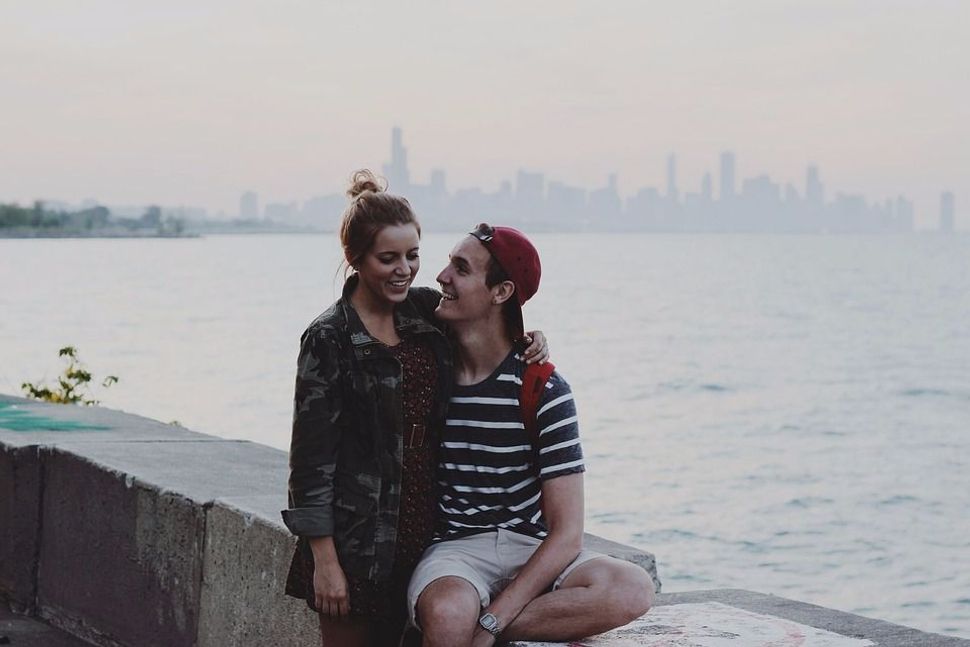 The more dates I go on as well as the horror stories I hear from my single girlfriends, the less I see men treating women the way I hope they would have been raised to. The real issue here is that in the world of scrolling, swiping and clicking to get everything on demand and instantaneously, women are allowing men to get away with adhering to the bare minimum when it comes to courtship. The swipe culture has completely conditioned us to expect the next batch of eligible partners in just a few swipes away. Don’t chase them, just replace them, right?

We need to have this conversation with ourselves and our men before it’s too late. I too used to be shy and not speak up on dates when men failed to do some obvious act of chivalry I had witnessed my grandfather or father do, but it’s going to get very real from here on out. My goal is to encourage women to start asking for the things they deserve, the things that used to be automatic and expected of men such as holding the door, pulling out a chair, helping us with our coat and I’m not even mentioning paying for dinners (this is a whole other article). I truly believe that if we don’t speak about it, chivalry will become extinct just like the dinosaurs. 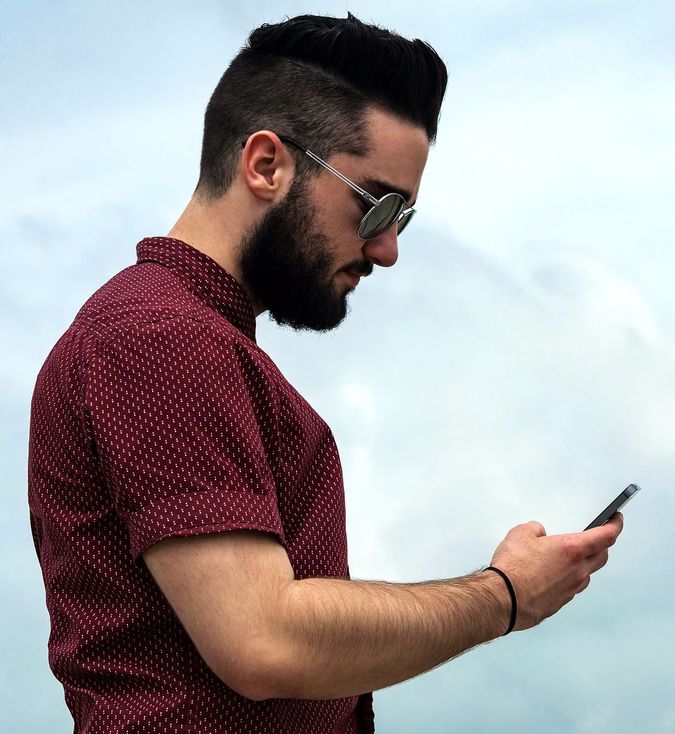 Yes, this vulgar text message was sent to a girlfriend of mine after a few dates from a successful Upper West Side NYC bachelor. Women – if we don’t start pointing these things out, men are going to get away with putting in the bare minimum and receiving what they ultimately want anyway – sex. I don’t know when it became acceptable to invite someone you barely know to “Netflix and chill” or to ask a woman to come home with you after your first or second date, but this has oh so much to do with female consent. This might be hard to swallow, but we women have propelled this new norm and wonder why guys are growing increasingly expectant.

Men are going to hate me for pointing out the obvious and messing up their current, easy “game,” but if we continue to behave in such a free-spirited way in hopes that the guy will like us more if we oblige to his early advances, men will stop trying to put in any effort when it comes to chivalrous attempts at courting a woman to win her over. The reality is that women are no longer a “prize” to be won, but just a mere “toy” to add to the amassed collection of swipes.

While I’m not here to dive into the history of how feminism has contributed to today’s lack of chivalry, I do believe that on a psychological level chivalry exudes feelings of positivity and happiness for both genders. Women want to be treated like ladies and men want to feel like heroes. Listen, I go to the gym, I lift my 5 pound weights, but I don’t want to carry my own groceries if I’m walking with a man. This does not mean I’m weak. This means that I want the man to be my hero and help me carry the heavy bags. It will make me feel taken care of and looked after. After all, isn’t that what all men and women want from each other? 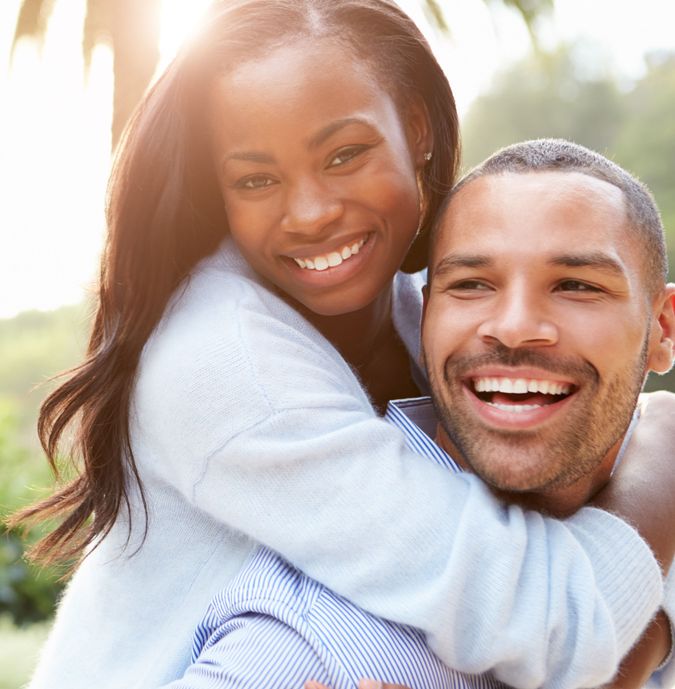 Chivalry is about respect. It’s about putting other people first, it’s about being polite and courteous. If we give up on chivalry, it will be gone with the wind. Let’s pass this down from generation to generation and treat each other with gratitude and admiration.

Now there are plenty of men who act like perfect gentlemen and I want to take this time to thank their mothers and fathers and them for practicing these beautiful and timeless gestures. For those who lack them, it’s never too late to learn! Since chivalrous actions are not the norm in today’s dating world, those men who choose to do them will stand out from the crowd. Simply being a gentleman and owning it will help you be memorable amongst the rest of the woman’s dates. Trust me, if you do any of the following acts of chivalry, you will melt our hearts and get extra brownie points.

Open and hold the door:

??Are you sexy gentleman on date? I tell you 3 sexy tips you need to do to bring chivalry back from dead. Check my IG tomorrow morning for Tip #1! ??Ladies, comment below with your favorite chivalry act men need bring back! #chivalryisdead #stolichnaya #vodka #imperiavodka #russianstandard

This one is so easy and simple. When entering and exiting a building, please open and hold the door for your lady and others. This is respectful and caring to all and doesn’t mean she can’t open the door for herself. It’s a grand and timeless gesture.

Give her a hand when exiting the car:

Tip #1: ?????Give us hand when exiting car before us. It so seksi!!! ? It no seksi when man get out of car and walk away. Believe me, we LOVE this chivalry act. ??Ladies, tag man who need to hear this advice. Check my IG later today for Tip #2! #chivalryisdead #stolichnaya #vodka #imperiavodka #russianstandard

Offer your hand as she gets out of the car, especially if she’s dressed up for the occasion and is wearing a dress and heels. This truly helps us with balance as we exit the car and is much appreciated. Plus, it’s another reason we get to hold your hand.

Help her with her coat:

Tip #2: ??‍♀️??‍♀️This one makes my skin crawl with Soviet cockroaches when men don’t do this easiest chivalry act! When we both stand up from table, please grab our fur and hold it for us to slip our arms into it. It so seksi. ??Don’t just stand there and watch us put on our fur by ourself. It no seksi. Believe me, if you do this on date, woman go home with you. Ladies, tag man who need to hear this advice. Check my IG tomorrow for final tip #3! #chivalryisdead #stolichnaya #vodka #imperiavodka #russianstandard

I’m sorry but I don’t know any woman who does not like her coat to be put on by a man. If you are that woman, please email and explain yourself. This gesture shows attentiveness. By the way, you don’t only have to do this on a date. Men, if you are out with your female girlfriend, hold out the jacket. It’s so easy, kind and considerate. Practice with female friends so when you are on a date, you don’t’ have to think twice and it comes naturally.

Tip #3: ??Compliments! It sooo seksi. Flattery will get you everywhere (if you know what I mean). Be like famous Russian author, Leo Tolstoy and say me: “today, you look like supermodel ready for big ?fotoshoot” or “you are like my ?fire on a cold Siberian night.” ??Men, let’s bring chivalry back. If you don’t agree with my tips or want to give me the tip about anything else, comment below.? #chivalryisdead #stolichnaya #vodka #imperiavodka #russianstandard

This goes without saying and works vice versa. Who doesn’t love to be complemented?