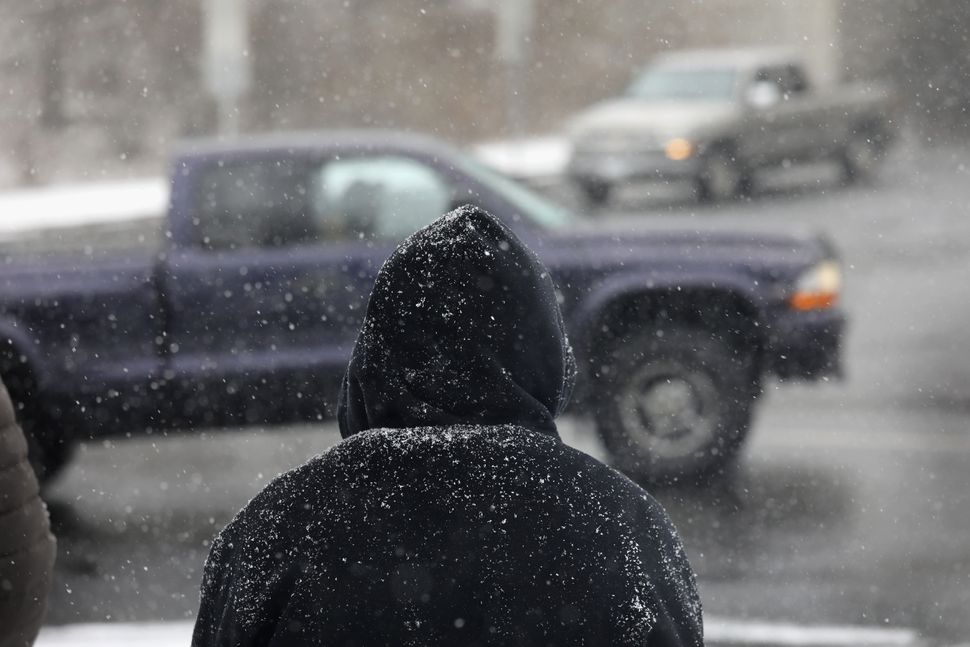 A version of this piece originally appeared in Haaretz.

My grandfather Joe was 14 when he left Fulda and my grandmother Ruth was 11 when she left Leipzig as part of the 10,000 members of the Kindertransport that left Germany for the U.K. They arrived with nothing.

I was thinking of them this week in the furor of President Donald Trump’s executive orders and as I came to the end of my own immigration story. On Tuesday, January 31, 2017, I, Joel Braunold, became a U.S. citizen.

Having lived in the States for the past five years on a student visa, then a Green Card, the anxiety that the new administration has created for foreign nationals in the U.S. has been extreme. It is not simply, as Press Secretary Sean Spicer said, an inconvenience or a delay to Green Card holders at the airports. Reports of people being coerced to give up their residency rights, orders that indicate that if a removable alien is charged with a crime (not convicted) that they will be deported, spread anxiety and terror amongst a community that has already been extremely vetted.

To understand the cruelty of what started last weekend, I wanted to share my own immigration story so that those who have not been through the process can understand the seriousness of what currently is taking place.

I have lived as a Green Card holder in the United States for the past four years. Before that I was a student on an F1 visa for nine months and before that I came and went on the visa waiver program as I was dating my future wife, Jorie, over a two year period (staying for a few days or a week every two to three months). While we were dating, the Department of Homeland Security (DHS) was suspicious that I was trying to live in the U.S. (I was not) and a note was placed on my file. I was subject to secondary processing a few times when I came to the States, often for hours. I was told that despite the fact that it was clear I had never overstayed my visa (or even got close to doing it), the note was in my file and would be there forever. When I applied for my student visa during my interview in London in 2011, this note almost led to the rejection of my application. The officer went through every one of my stays and saw that I was telling the truth and issued my F1. As an F1 I attended graduate school, having to go to Israel for my grandfather’s funeral, and went back to the U.K. once or twice. I got married as an F1 and started the process of applying for my Green Card. Getting the card took three months, lawyers, around 200 pages of evidence and applying for parole to leave and work (which were granted) that allowed me to leave the country and work while I waited. I received my temporary Green Card (for two years) and would receive my full Green Card on the condition that Jorie and I stayed married, paid taxes, informed the government of where I was living and did not get into any legal trouble.

After two years, I hired the same lawyers, and ten months later I got my full Green Card. Five months after receiving it I was eligible to apply to be a U.S. citizen based on three years of marriage with my Green Card. The process took nineteen months, the bulk of the time on an FBI name-check that took over a year to clear. I had to count every day out of the country I had spent to ensure I had not been outside as a collective for more then six months and list every charity or group I had ever belonged to. Given my Middle East travel they felt the need to do further checks on me. I got a second set of biometric prints, did my interview where they told me they could not confirm if I was eligible as they had not had time to read my file (which by then looked like something out of Kafka, it was maybe 15 inches thick). I had, by this point, submitted for my citizenship application almost 500 pages of evidence.

Six weeks after my interview I was informed that my oath ceremony will take place on January 31st.

Now all of the above took five years, cost around $3,500 (excluding lawyers) and in my view was totally fair. U.S. citizenship is a wonderful privilege and the U.S. should not just give it out willy-nilly. It was an intense, very stressful process. It created a level of status anxiety that U.S. citizens can’t imagine. Even Jorie would, from time to time, tease me about being so cautious or too worried, but I knew that any screw up and it was over.

Given the extreme vetting that is already in place, the wait times, the cost, the evidence required (for starters), what the administration subjected Green Carders to was horrendous. These are people who have been vetted and checked. They are allowed to travel unlimitedly – conditional that they don’t spend more then six months out of the country. Folks who have waited years for this freedom just had it removed. Some are separated from their families and lives as they were traveling on business, on family issues or for any other reason. They will have to wait on a case-by-case wavier that who knows how long it could take.

Trump’s order also affects F1 students who travelled home, J1 holders, professors and post-docs and every single foreign national from those countries who are not on diplomatic visas. Reading the order, the list of countries can be added to at his discretion. We have no way of knowing if the list will be broadened in the next 90 days and a whole class of documented foreign nationals will find themselves in limbo.

At my oath ceremony I was sworn in alongside 113 other new citizens. Even for a naturally cynical born-and-bred Londoner, it was a deeply moving occasion. When the officer conducting the ceremony did a roll call of the countries represented smiles broke out amongst all of us as Iraq, Sudan and Yemen were read out and the citizens of those states stood.

The ceremony itself featured videos and speeches reminding us of the diversity of America, its creed of welcoming its arms to those seeking liberty, the ingathering of the exiles of the world which forms the bedrock of America’s civic-patriotism. We 114 were the newest members of a covenant that truly makes America great and is the keystone of American exceptionalism.

After receiving our certificates of naturalization collectively we 114 new citizens of the United States all performed our first civic act. We exited the double doors of the auditorium and, one by one, registered to vote.