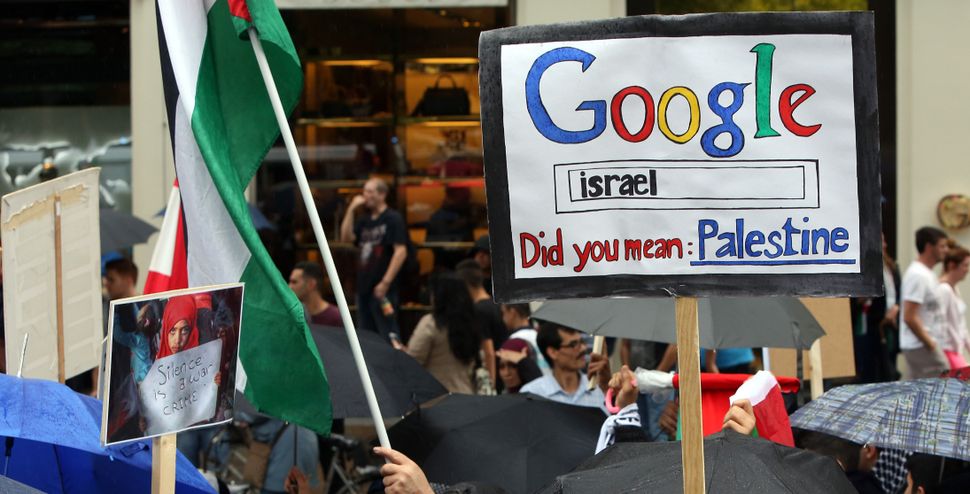 I do not hesitate to call Israel the great love of my life.

I love looking out the window when I’m driving outside of a major city in Israel, noticing the luscious green farmland and fields of wildflowers, or the metallic landscape of the desert mountains, or even just the “yechi” (“Long Live our master, teacher and Rebbe!”) and “nachman m’uman” (reminding of us of Rabbi Nachman, buried in Uman, Ukraine) signs posted along the highway. I love thinking about all the people who walked on the very same land before me, from Biblical figures to the founders of the modern state. I love that on a Jerusalem bus one man will yell at me for not dressing warmly enough while another woman will tell me I’m welcome to come over for Shabbat dinner, because Israelis are ready to fight you but see you as kindred all the same. In fact, I love it so much that I’m planning to make aliyah someday. Or at least, I was planning on it until now.

A new bill that would ban the entry of foreigners who support a boycott of Israel— or of areas controlled by Israel — is likely to be approved soon. This bill, said to serve the purpose of keeping out enemies, would prohibit me from entering the country I love so much. It is intended to target not those who advocate terrorism as a means to destroy the country, but rather those who use civil disobedience as a means to inspire change. In short, it is an attack on individuals like me who want to fight for what we believe is right through the avenue of Western democracy.

I identify as a liberal Zionist because I vigorously support the existence of the State of Israel but oppose its occupation of the West Bank. I believe that Palestinians have the same right to national self-determination as do Jewish Israelis, though not at the expense of Israel proper. For this reason, I support the boycott of any product manufactured in the settlements. It is a peaceful technique of making a statement of dissatisfaction with the status quo and refusing to benefit from a practice one sees as wrong. These are my personal beliefs and choices, and I am as entitled to them as any other person is to theirs. They make me no less of a person and no less of a Jew.

I realize that this notion is contentious among much of the “pro-Israel” community. Many see my political beliefs as a betrayal of my own people, rather than as evidence of my participation in the political processes of our shared Jewish state. Yet ironically, while this same “pro-Israel” community has made the Zionist dream their hallmark, they have, in this sentiment, betrayed it.

The Zionist dream seeks for all Jews the right to return to their homeland as a sanctuary from oppression, to walk in the land of their ancestors, and, for religious Zionists, to experience the holiness that comes with this. The “pro-Israel” community consistently uses this dream to justify why Israel is a necessary homeland for the Jews. They seek to inspire others with their talk of how lucky we Jews are to have finally achieved this reality. And these are convictions that I hold to be true as well.

But this ban on those supposedly “anti-Israel” individuals belies these claims and declares that the Zionist dream is not meant for all Jews. It is, apparently, meant only for Jews whose political beliefs they find acceptable. My genuine love for Israel and the Zionist principles that I hold close to heart are not enough to make me worthy of the same fortune bestowed upon them. The entry ban makes it clear: I am a second-class Jew, and will suffer the consequences.

Israel prides itself on being the only democracy in the Middle East; yet this condemnation of those who speak out against it flies in the face of democratic principles. Political views must not serve as a litmus test of legitimacy; the acceptance of disparate views constitutes the very foundation of that democracy. People who oppose various policies of the government are not unpatriotic. To be unpatriotic is to withdraw from the democratic process entirely. My support of Meretz is just as legitimate as others’ support for Likud or Habayit Hayehudi; after all, each is a component of the same Knesset. Those of us who advocate more liberal policies do so precisely because we believe in the welfare of the State and of those who live within it, and so should be afforded the same rights of expression as any other person invested in these issues.

Political Zionism in its origins called for creating a safe haven for Jews – as a nationality bigger than any religious denomination – to live in safety and express themselves freely. It was, in fact, a response to creed-based discrimination. If Jews are indeed all members of the same nation, then it follows that each one of us Jews belongs in the State in which we are sovereign and has a right to participate in its democratic process. That is the essence of the Zionist dream: a homeland that welcomes us all.

Too many members of the Israeli Parliament — and the people who elected them — do not want to share their state with those whose opinions differ from theirs. They should not be using their privilege as citizens to undermine the democratic principles they claim to cherish. Personal politics must not get in the way of a unified Jewish people sovereign in a Jewish state. We created a country based on the principle of democratic freedom and Jewish unity. We must not lose sight of that vision. We must not allow our differences to overshadow our shared identity.

Im tirtzu ein zo agada — If you will it, it is no dream. By embracing an actualized Jewish democracy, which would include the defeat of this bill, we can keep the Zionist dream a reality.