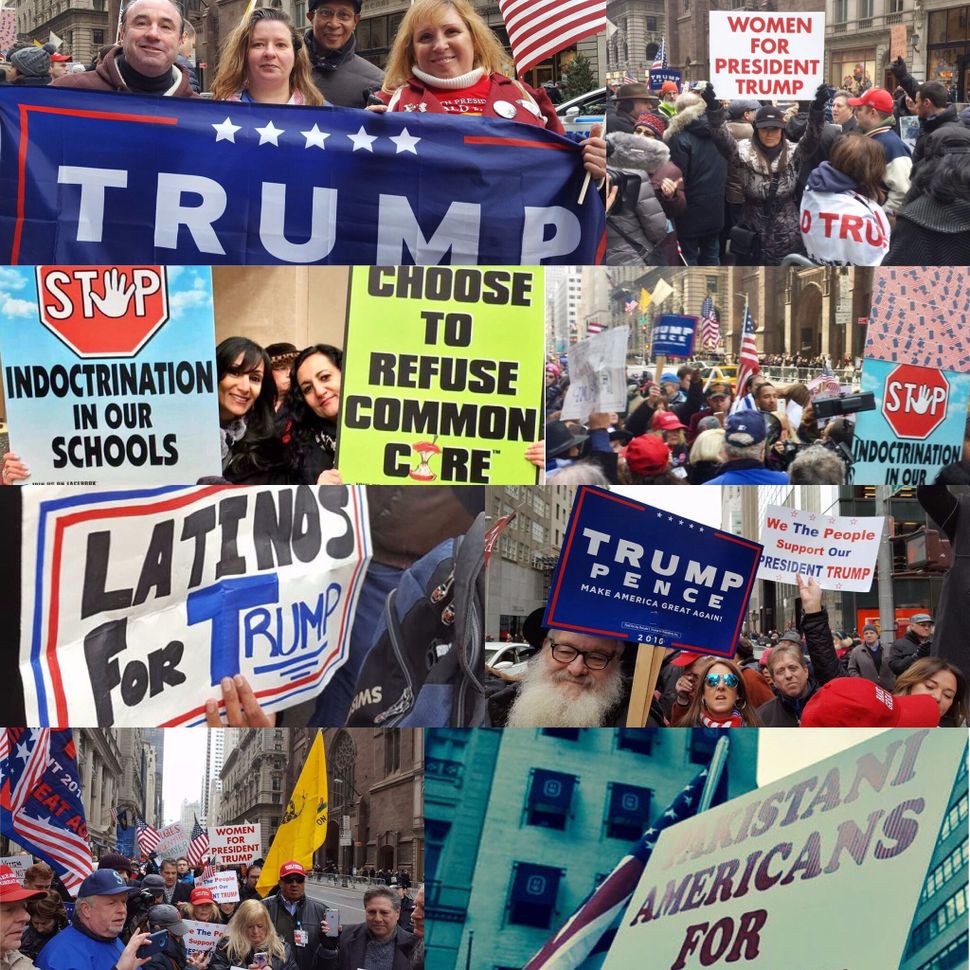 Jews Choose Trump, Zionists for Trump, Americans for a Safe Israel, and the Jewish Defense League were among the groups who participated in a peaceful, patriotic rally was held this Sunday, February 5th, honoring our president Donald Trump and in solidarity for support of the electoral college process and pride in America.

“From women’s marches to the violence on the college campuses in California and NYC, signs against Israel and Jews are always displayed, played up in the bias media and provoke more anti-Semitism, ” stated Alan Skorski, author of Israel Betrayed. Skorski added that growth in both the republican and conservative parties to work on issues concerning Americans Jews has been growing for some time. Skorski has worked with politicians in Washington and his book has been endorsed by both Allen West and Caroline Glick. 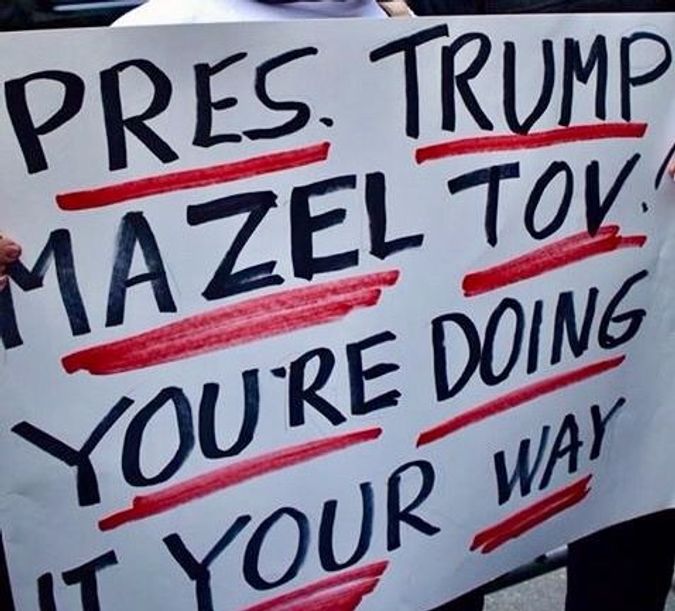 Former Congressman Bob Turner was the emcee. Turner is the former Congressman and current Queens GOP County Chair. He was also an early Trump supporter. Elected officials, noted personalities from the arts and leaders from over 60 organizations from every area of NY are attending, along with leaders from New Jersey and participants from neighboring states.

I have received thousands of contacts supporting this event, even being asked to coordinate simultaneous and future events nationwide.

What started out as a line on my Facebook page has become a national movement. People are tired of the rants, violence and vulgarity against Trump. Sunday’s rally was the first rally that more pro-Trump supporters attended versus the anti-Trump opposers, especially in a liberal city like NYC.

As the event, I discussed the importance of following up the legislation in New York I wrote with Assemblyman Brian Curran about inaccurate facts being taught in our classrooms. Classrooms in NY and across the country share maps that do not show Israel, lessons that claim The Holocaust never existed or something similar to that and that Jews and Blacks worked side-by-side during the 1960s Civil Rights movement.

Rachel Cohen, Founder of the largest grassroots group, Choose to Refuse the Common Core agreed and added more facts on why we must support our president after eight years of common core testing in our schools.

The New York State Conservative Party and its Chair, Michael Long agree, “He is our president and deserves a chance to do his job.”

Groups like the National Latino Coalition, Asian Americans for Trump, Choose to Refuse the Common Core, and multiple county Republican, Conservative and Tea Party clubs are sending groups to stand with pride to Make America Great Again. College Republican groups are banding together and veterans groups are arranging to come and join as each participant is being asked to bring their own American flags to show solidarity and pride in the Stars and Stripes of America.

Moving the capitol to Jerusalem, rebuilding a strong Israeli-American relationship and working with Christian and other non-Jewish Zionists were discussed by featured speakers and chanted randomly by the hundred attending on a blistery, Super Bowl Sunday afternoon.

George R. Prezioso, Chairman, Catholic Citizens Foundation, “It’s about time we have a president in the White House who supports Christians, especially those in the Middle East who have been persecuted for too long.” 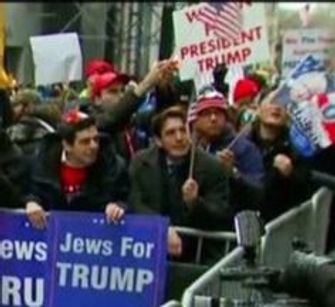 Multiple Jewish and Zionists groups are attending and supporting my work, including Americans For A Safe Israel, Zionists for Trump and Jewish Democrats for Trump. As someone who has known the president’s choice for Ambassador to Israel, David Friedman, for decades, I can personally assure that issues in the Middle East are in good hands.

Diane Atkins, NY co-chair, said “Americans are unified behind President Trump and his policies, regardless of what propaganda and fake news say. President T rump is fighting hard to protect all Americans and lift up and heal our nation, and we as people stand with him in that fight….and together we will win.”

Jose Rivera, the ConservaRican and Sue Ann Penna, a host of The Voice of Liberty, and activists for Republican and Conservatives issues are the co-chairmen from New Jersey.