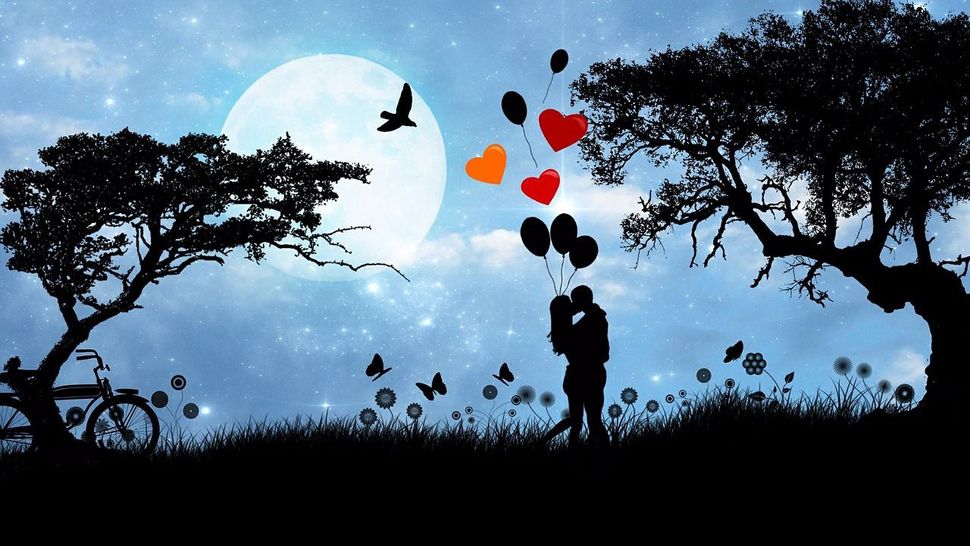 Nearly five decades after our teen romance, the Internet brought word that Joyce has written a memoir.

In it, I read of my teenage self destined for “an ordinary life.”

In the theater of her own escape from her parents’ orb and adolescent angst, she never even saw me.

Joyce was among the brightest at Sandy Koufax’s Brooklyn high school, a standout among thousands of students. The glint of her earrings, her dress, her expression and mannerisms hinted her foreign origins.

I took it all in as she enthused to her friend about a poem I had written for the school magazine, eyes wide and smiling, by a corner classroom door. Soon we both won a school-wide writing contest.

We had long telephone conversations that prompted my parents to ask, “What could you be talking about?”

We stole away to the Museum of Modern Art on weekend outings, assaulted by Picasso’s Guernica, splashed by Monet’s water lilies. Midnight Bach at Carnegie Hall was followed by a walk through the booming silence of sparkling snowflakes. I donned a brown corduroy sports jacket, found a pipe and we went kite flying.

On a lurching, screeching subway, there were the first rushes of romance.

We kissed by a lake in Central Park, rushing in so quickly our front teeth clashed.

She went off to Radcliffe, I my senior year of high school. On a college scouting trip to Cambridge, I met a distracted, disinterested college girl. Months later, knuckles rapped on my parent’s metal apartment door and there she stood.

A summer of explorations began. We saw Renoir’s “Children of Paradise,” Truffaut’s “Jules and Jim”. We heard afternoon madrigals at the Cloisters. We stood before Blake’s watercolors, reading, “He who kisses the joy as it flies, lives in eternity’s sunrise.”

Just two ordinary teens in the summer of love. Right.

She would braid her hair for a romp and leave it unbound when wildness stirred.

I turned 17 and entered Brooklyn College.

That fall I bicycled past a cemetery, gliding down Avenue J in the pre-dawn dark. We met and boarded a bus to March on the Pentagon. En route, she handed me an indigo muffler she had knitted, as long as I was tall. It was the last stitch in a relationship that fast frayed.

Standing in an ocean of Vietnam War protesters, buoyed, I told her that the government could not withstand the surge. Looking at the army of gun-toting soldiers encircling the Pentagon, she said that an order to open fire would kill all our hopes.

Equally dark were her fantasies. She told me of wanting to be grabbed by older men with rough hands and then settled for a scrawny kid I knew from Hebrew school. It sullied her, she later complained as the nighttime snow fell in Seth Low Park.

For me, it was an emotional knifing.

Days later, I walked along Gravesend Bay with my father, and he tried his best to patch me up.

Weeks later, I bumped into Joyce and a group of her friends, and she stiffed-armed me with an icy greeting. It was over.

There would be a few encounters during our college years. Once, she told a friend I will be the man she marries. It was grounded on nothing I was party to.

Once she visited and flicked the ashes of her cigarette on to my floor and I wondered when she would leave.

Her memoir described our first stirrings of intimacy as “sweet.” She did not describe any of her many subsequent relationships as brightly.

Joyce planted deep into my taste memories the tangy sharpness of melted kasseri cheese on pita, redolent of her Cairene origins.

At a party she introduced me to her friend visiting from Portland who sold me on Reed College’s intense liberal arts academics.

I soon left for the Northwest and deep dives into Moby Dick and ascents of Mount Hood and Mount St. Helens, encounters with 17th century French lit and chicken husbandry, calligraphy – learned from the master who taught Steve Jobs – and beer brewing in a nascent Portlandia.

Several years on, a librarian friend offered me two tickets to the Preservation Hall Jazz Band, provided I ask a certain young woman to be my date. Matilda was returning from a year abroad, a volunteer in Israel during the Yom Kippur war, briefly a denizen of the caves of Crete, explorer of the byways of Turkey.

She was lovely. Sweet. Kind. With an easy laugh. Dedicated to her family. Intent on her studies. Serious.

Immediately, Matilda and her mother embraced me with a moveable feast, featuring the sun kissed cuisine of Jewish northern Greece. There was plenty of boisterous fun topped off with Ladino sayings like El ke no kere a la ermoza beza la mokoza: “If you don’t want the beautiful one, you will end up kissing the one with a perpetual runny nose.”

Our kiss took place at dusk one fall evening as we stood in her apartment on now trendy Hawthorne Boulevard located next to a movie theater, appropriate for this most cinematic moment. The kiss lasted a half hour or more as we thrilled each other, wordlessly declaring that we are all in, that we totally revel in each other’s company and that we intend to do so for a lifetime.

Matilda opened the world with me, as we traveled with our first born, age two, on our first foreign journey— to Greece and Israel. Seven years later, our family of five embarked on a six-month Fulbright odyssey to Japan.

On our first foreign foray, the Parthenon in Athens and Temple Mount in Jerusalem riveted. The ethereal Mediterranean light defining both immediately became of central, transcendent significance.

Somehow my late mother-in-law, Alegre, among the elite Sephardic cooks of the world, took that light and kneaded it into her pastries and breads, her humor and powerful family bonds.

My wife has taken that light to warm every corner of our marriage.

Our children refract it magnificently. Our youngest son— like me, fascinated by emerging energy technology— pitches the business viability of solar power. Our daughter – heir to her social worker mother’s compassion – works with some of the world’s most vulnerable refugees. Our oldest son – like me, a journalist – tells significant stories to new audiences.

It has been an ordinary life for me, if you can somehow wrap that around a career that has included an afternoon with the Nobel laureate discover of the Big Bang, cocktails with the Crown Prince of Japan, a hike with an Israeli architect who arranged to have Israelis and Palestinians work together on a riverine environmental win, or a winter morning when I was serenaded by wide-eyed children in a Moscow orphanage as communism crashed.

There is no knowing who or where I would be today if not for an encounter with a Jewish girl from Cairo in a Brooklyn high school.

Or if Esther, working the stacks of the Multnomah County Library on 10th Avenue in Portland, did not gratuitously come to imagine that Matilda and I could write a volume, together, way more captivating than any of the classics she handed over to patrons.

Or if Matilda and I did not believe it was worth embracing, together, the ordinary, day by day, for four decades and now more, to get to the poetry of the extraordinary.

She has walked side by side with me though the sands of Spain’s Costa Brava, across the bristly-turfed soccer fields of Kansas; along Japan’s Tokaido, down our children’s school hallways and across their college campuses, through Knossos on Crete and to doctors’ appointments and music lessons.

Without this daughter of Greece, I would never have gained entry into the cultural kingdom of Sepharad and all the riches it has bestowed.

We would never have had forged a family, and our individuality, the bedrock upon which all else rests.