Did Netanyahu’s Visit To Australia Teach Us Anything New? 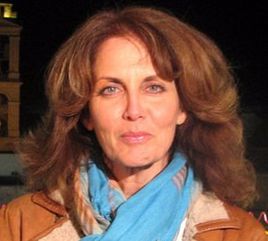 A version of this piece originally appeared in Plus61J, an Australian Jewish publication.

If Benjamin Netanyahu could pack up the audience at the Central Synagogue in Sydney and take them back to Israel, he would. No critics. No opponents, from the left, or worse, the right. No journalists waiting to pounce. No police waiting to probe.

Instead, it was worshipful speeches, including from Australia’s Prime Minster Malcolm Turnbull, and repeated standing ovations from the mostly Jewish men and women who packed the 2,000 seat synagogue and laughed at every joke.

“Wow!” was the Israeli Prime Minister’s reaction, after the first prolonged burst of clapping when he stood up to speak.

As he thanked Australian Jews for years of consistent support, his smile was carefree, and a contrast to his usual harried appearance back home. He could be an ad for Tourism Australia. This is what 12 hours of sunshine and love can do for you.

The adulation brought out the entertainer in him.

“It’s an honour to be the first Israeli Prime Minster to visit Australia. I hope the next trip doesn’t take 68 years!” (Laughter and applause.)

It wasn’t hard to satisfy this audience of true believers.

“On my first visit as Prime Minister, I went to a small country. China.” (Laughter.)

Netanyahu said he and Chinese Communist leader Jiang Zemin each said how much they respected the other’s ancient people. But the leader of 1.2 billion Chinese was stunned to learn there were then only 13 million Jews in the world.

“After a stunned silence, Jang Zhemin said, ‘What happened?’”

“I told him that the Chinese kept China. We lost our land, and waited for almost 2,000 years to come back to our ancient homeland.” (Thunderous applause.)

He continued in this vein for about 15 minutes. Polished, folksy, there was something of the Catskills about this appearance at the only Jewish communal event Netanyahu will speak at during his five day trip.

Most of the audience lapped it up, although there was little detail of what some said they wanted to hear, as they queued patiently for two hours, first for a security sticker and then all over again to be allowed in to the synagogue.

Meir Mussry, of Iraqi Jewish background, said he wanted to know about what had happened in Netanyahu’s meetings with new U.S. President Donald Trump in Washington last week. Would the American embassy in Israel be moved to Jerusalem? Would there be a change to Washington’s position in the UN? (Many Australian Jews are still smarting at Barack Obama’s failure to veto a UN Security Council resolution this past December, during the dying days of his Presidency. They see it as ‘anti-Israel’ with its call on Israel to halt all settlement construction in West Bank.)

Netanyahu didn’t tackle any of that. His few comments about the peace process were general. He repeated his preference for a regional initiative, saying he perceived some Arab nations undergoing a change.

“Many Arab nations realise that Israel could be a vital ally in the struggle against the murderous forces overtaking our region. For the first time in my lifetime, Arabs see an opening.”

Australian Prime Minister Malcolm Turnbull was also folksy, slipping Yiddish words and jokes into his speech. This synagogue is in his electorate and he’s a frequent visitor.

“The last time I was here it was during Hannukah, and I was dancing with the rabbi. There won’t be any of that today,” Turnbull joked.

But his speech had more meat on the bones. Turnbull repeated the points he’d made in an Australian newspaper on Wednesday, criticising the UN for its unfair focus on and constant condemnations of Israel.

“My government will not support any resolution that is one-sided, and attributes fault only to one side,” Turnbull said, referring to the UN resolution which Washington did not veto.

Turnbull went on to deplore the boycott of Israeli goods and reiterated Australia’s support for a two state-solution, to be negotiated between the parties. He seemed more certain than Donald Trump, who appeared to throw decades of American Middle East policy out the window last week saying he could live with either solution – one state or two, whichever the two sides preferred. “I’m happy with the one they like best.”

Turnbull was joined by two former Liberal Prime Ministers, (John Howard and Tony Abbott), and the Liberal Premier of NSW, Gladys Berejiklian. The Opposition leader was represented by Mark Dreyfus, and Michael Danby was mentioned, but few other Labor Party politicians showed up.

This was perhaps not surprising given party elders and Bob Hawke and Kevin Rudd had in recent days called on Australia to recognise Palestine, despite having been staunch supporters of Israel.

Rudd went further Wednesday, posting on Facebook: “I have been a supporter of Israel all my life and a public campaigner against any form of anti-Semitism. But to support the state of Israel does not mandate automatic support for each and every policy of Mr Netanyahu. The state of Israel and Mr Netanyahu are not co-definitional.”

Turnbull, too, nailed his colours to the mast.

“Australia is Israel’s friend,” he said.

Calling Netanyahu by his nickname, “Bibi”, Turnbull stressed that Australia was a “committed and consistent” friend, in awe of Israel’s high-tech success and seeking to emulate it.

“In addition to that, we stand together in the battle against terrorism. In our own theatres, and in the Middle East. And we are united by shared values of democracy, freedom and rule of law.”

Turnbull ended by confirming that he would lead the Australian delegation to Israel later this year, to celebrate the centenary of the Australian 4th Light Horse Brigade’s famous charge at the battle of Beersheba during World War One.

“I have to go – Bibi’s promised everyone a horse!”

Bibi laughed along with everyone else. On leaving the synagogue, he looked 10 years younger.

Irris Makler has reported from the Middle East for over a decade. She is currently Jerusalem correspondent for French TV news channel France 24 and also reports for Australian and North American outlets.

Did Netanyahu’s Visit To Australia Teach Us Anything New?