In The Age of Trump, Should Jews Resist or Persist? 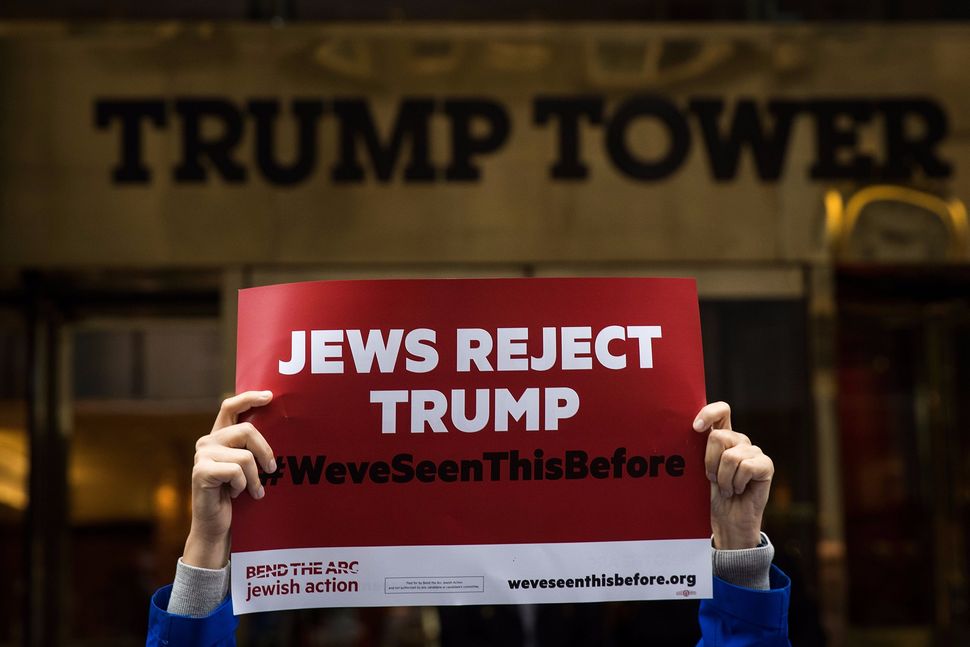 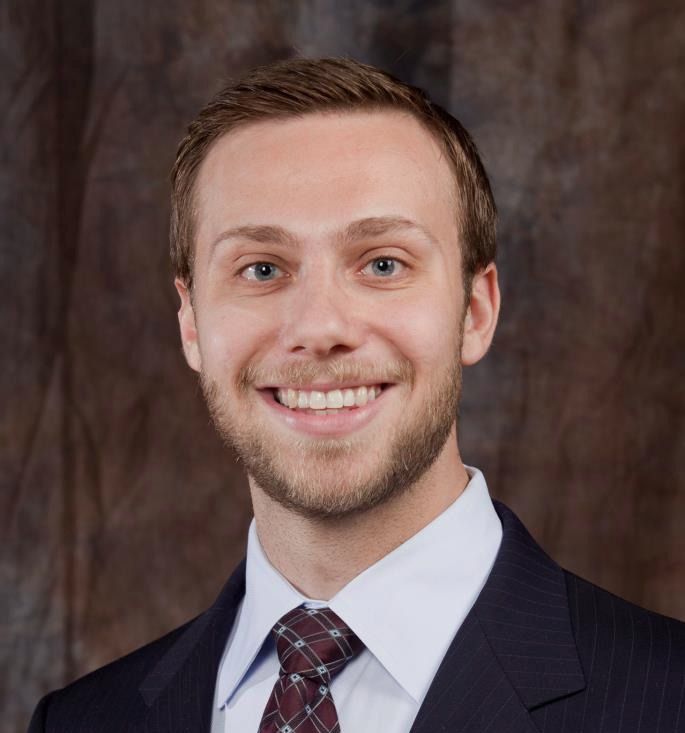 Earlier this month, I was privileged to attend a three-day conference convened by T’ruah, an organization of rabbis fighting for human rights in the U.S. and beyond. I joined with fellow rabbis from all over the country and across the denominational spectrum for learning, prayer, fellowship and training in Jewish social activism.

T’ruah organized the conference in the wake of the presidential election. The incoming administration had made hostility to disadvantaged and vulnerable groups such as immigrants, refugees, Muslims, Latinos, women, people who identify as LGBTQ, people of color, and people with disabilities central to its campaign. The first few weeks of the nascent administration, epitomized by executive orders temporarily barring the refugee program, denying entry to nationals of seven Muslim-majority countries, authorizing the deportation of millions of Hispanic immigrants, and rolling back protections for transgender children, gave every indication that the campaign rhetoric was not empty.

Many rabbis, like myself, are faithful to what seem like an opposing set of principles than those that animate the new administration. These principles emerge from our understanding of and commitment to the values of the Jewish tradition. They include, above all, advancing equal rights, dignity, and justice for all. With great vision, T’ruah saw that many of us felt a need for some practical training for the work of the moral opposition; for some spiritual practice and text study to enrich, empower, and sustain that work; and for developing an action plan for the path ahead.

Among the most profound insights I gleaned from my time at the conference centered around the increasingly ubiquitous use of the word “resistance” among those of us who see our core principles and commitments as almost diametrically opposed to the administration’s. Many of us, myself included, have called for a “Jewish Resistance” – a concerted effort among like-minded Jews to obstruct, prevent, and blunt the administration’s agenda – and have pledged ourselves to fighting on the frontlines of this movement.

At the conference, a respected friend, colleague, mentor, and teacher of mine – one of the people responsible for setting me on my path to the rabbinate in the first place – lovingly pushed me on my embrace of this language. Resistance, she argued, is by definition hostile. And while hostility is sometimes warranted in combatting evil, it may not universally be the best strategy for preventing bad things from happening or, perhaps more importantly, for ensuring good things happen. Additionally, resistance is by definition defensive. It cedes control of the agenda to the enemy. Are we merely fighting against something, or is there anything we are actively trying to fight for? And even if, because of the nature of the power dynamic, we are forced in this moment to play defense, is there any coherent way to articulate the values that underlie our resistance, so we might be better able to pivot to a posture that advances those values when we are once again able to play offense? If so, what are those values?

The only way I know how to answer questions like these is to turn to my faith tradition for guidance. The most fundamental precept of the Jewish tradition is that there is one ultimate power in the cosmos, one Creator (or, if you prefer, creative force) responsible for all existence. This axiom has many implications, beginning with a fairly radical notion of the commons. Since “the earth is the Lord’s and all it contains” (Psalm 24:1), there is not really such a thing as “private property.” My land, my possessions, my property, my money, ultimately do not belong to me. While I may be entitled to accumulate wealth and use what I have to my benefit, I also have a responsibility to ensure that resources are distributed fairly.

Jewish law formalizes this value in a number of ways, most strikingly by requiring members of a community to contribute to a shared fund that provides for the care of the sick, the feeding of the hungry are fed, the clothing of the naked, the housing of the homeless, and the education of children; in other words, through creating a taxpayer-funded welfare state. And, since we are all but “sojourners and residents” temporarily inhabiting a world owned by God (Leviticus 25:23), we have a responsibility to be gracious and welcoming to immigrants who seek to live among us, since “our” land belongs as much to them as to us. And, furthermore, we have a responsibility “to till and tend” the earth, caring for the welfare of the planet as a whole and all life therein (Genesis 2:15).

Another crucial implication of Jewish theology is that all human beings are inherently equal. This notion is postulated in Genesis and reinforced in Exodus. Genesis asserts that we all share a common parent, and that, even in our magnificent diversity, we all bear equal reflections of the Divine image. In Exodus, God refuses to tolerate Pharaoh’s subjugation of the Israelites because equality means that no human being, no matter how privileged or powerful, has the right to oppress another.

The Jewish belief in human equality serves as the basis of countless biblical laws. Recognizing that historical, social, economic, and political circumstances often produce situational disparities among people, the Bible goes to great lengths to ensure that our inherent equality is secured in practice. For instance, it expects adherents to establish systems of fair justice. These judicial systems are to be overseen by judges who refuse to show favor to the poor or deference to the wealthy, imitating a God who “shows no favor and takes no bribe” (Deuteronomy 10:17). In this way, they will ensure that one, equally applied, law governs everyone – wealthy and poor, native-born and immigrant (Leviticus 24:22).

The Bible further promulgates laws granting special protections to foreign sojourners, since they would have been at an inherent disadvantage and likely to suffer oppression and abuse, ensuring. The Bible does the same for other disadvantaged groups, like widows, orphans, and the poor, legislating dozens of rules aimed at creating a more level socio-economic playing field and a robust (taxpayer-funded) social safety net so that “there shall be no needy among you” (Deuteronomy 15:4). The Hebrew prophets routinely reiterate these norms, and repeatedly call Israel to task for failing to uphold them. Later Jewish law, upheld through the millennia, affirms the immeasurable worth of human life; all human life, awesome in its diversity, equal in its infinite value. And it upholds the primacy of human dignity, teaching that human dignity is so precious, it supersedes even biblical prohibitions. Nothing is as important, to borrow a phraseology from Dr. Martin Luther King, Jr., as uplifting human personality.

It seems to me that the vision for America’s future being championed by us in the Resistance — at the very least, by those of us in the Jewish Resistance — reflects these values. Ours is a vision of an America that is truly inclusive of all its residents, regardless of skin color, ethnicity, religion, sexual orientation or gender identity, since all are equal reflections of God’s image. It is a vision of America that demands democracy in its fullest sense, where every person has the free exercise of a fully equal voice, since all people possess the same fundamental worth. It is a vision of an America with equal socio-economic opportunity and a strong social safety net. It envisions an America where historically disadvantaged groups are afforded both equal treatment and special protections, where centuries of injustice are actively redressed to ensure a truly level playing-field. It is a vision of a country where those with more provide for the welfare of those with less. And it is a vision of a wealthy country, more blessed than any in human history, that provides for the welfare of impoverished nations and people worldwide, that takes seriously its responsibility to the planet and all life thereon, and that opens its doors wide to welcome anyone escaping tyranny and all who seek liberty and opportunity.

Fighting for this vision of America means fighting for the soul of our country, perhaps even our world. Indeed, Steve Bannon and others in the administration openly envision such a battle. Our side should, too. But fighting this war involves more than simply blocking the efforts of those who venerate power and scorn the needy. We are not merely obstructing those who long to take us back to an era of less diversity, inclusion, and equality. That is, of course, part of the work, but so too is marching forward, pushing as hard as we can so that we do not only stand our ground but also cause the enemy to retreat. Resistance is indeed required in this moment. But it’s not enough.

So, if “resistance” is not the ideal word to capture the spirit of those of us who are fighting for this vision of America, what is? As has been the case throughout Jewish history, I draw my inspiration from acts of courageous women. I was inspired by Senator Elizabeth Warren’s dogged refusal to back down from reading Coretta Scott King’s letter about Jeff Sessions during his Attorney General confirmation vote. It was not only an extraordinary act of resistance, it was an example of the awesome power of persistence. In fact, that’s precisely what her opponents said. In a curt and derisive speech explaining his move to silence her, Senate Majority Leader Mitch McConnell said, “She was warned. She was given an explanation. Nevertheless, she persisted.”

Humbly, I suggest those of us in the “resistance” instead adopt the mantle of “persistence.” As opposed to resistance, persistence is ever on the march, proactive rather than responsive; offensive, rather than defensive; tenacious, relentless, resilient, and hopeful. Hurled at us as an insult, persistence ought to be worn as a badge of pride. It proclaims our commitment not to rest until we have forged the America we envision; that, in the words of President John F. Kennedy, “we shall pay any price, bear any burden, meet any hardship, support any friend, oppose any foe to assure the survival and the success” of our vision for this nation; and that, despite the obstacles, despite the challenges, despite the parties and personalities in power, we will fight on, and, ultimately, we will win.

In The Age of Trump, Should Jews Resist or Persist?