A Charedi Jew Explains: Why Do The Ultra-Orthodox Protest Women of the Wall? 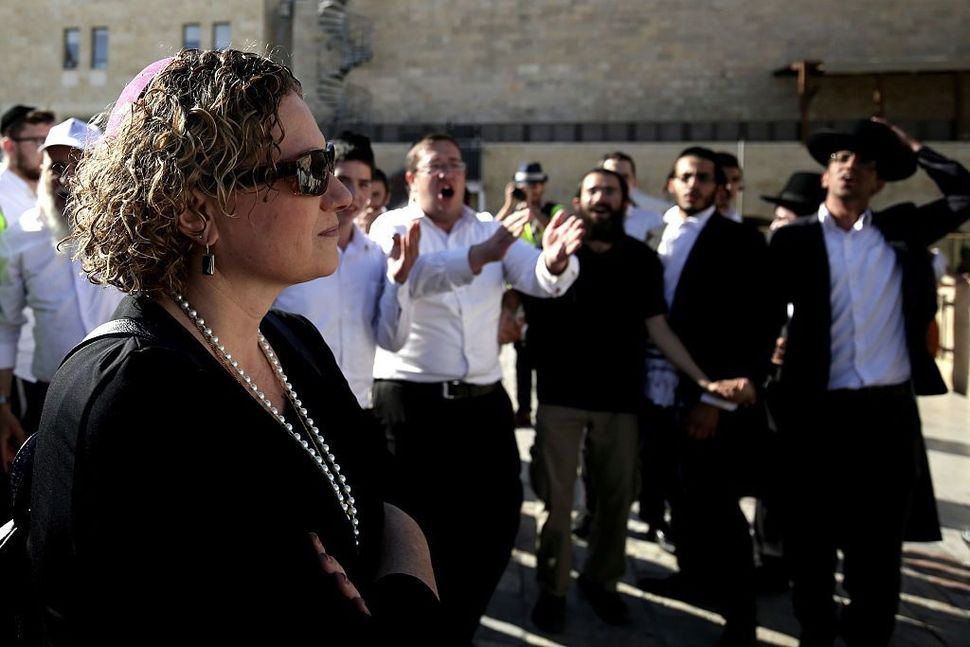 Jewish law states that a court may not hear one side of an argument without the other party being present. If anyone should want to judge anything, they must listen to both sides of the argument, and only then can they find the truth.

Many have written that the Charedi community ought to be ashamed of the manner in which they have reacted to the Women of the Wall movement by inciting violence and disrupting other Jews from practicing religion in their own way. While I cannot disagree that violent protestors ought to be ashamed of themselves, Charedim are often depicted as the ones picking a fight and “withholding Moshiach from coming, by oppressing their fellow Jews.” That is one side of the coin; one must hear the other before concluding who is in the wrong.

As a member of the Charedi community who spent three years studying in a yeshiva in Israel, I feel as if I might be entitled to express my opinion on the matter. I cannot and will not attempt to exonerate anyone who incited violence, but it is unfair to give no credence to the argument that the Charedim have.

If you have ever visited the Western Wall, you have probably noticed that there are people who will politely approach anyone with inadequate dress, whether it be a woman with a sleeveless top or a man without a head covering, and give them something with which to cover themselves up. This is an act done peacefully and gently, not in order to impose the restrictions onto other people, but rather as a way for those praying at the Western Wall to avoid transgressing any sins by looking at someone considered “immodest” in their opinion. This is the way they prefer to deal with people — with kindness and graciousness.

The main issue, in my opinion, with the Women Of The Wall is not the fact that they wear talliot (prayer shawls) and tefillin (phylacteries), although it is up for debate in Jewish Law if they are allowed to wear such objects. Rather, it is when their beliefs are imposed onto the ultra-orthodox community that this becomes an issue. The Talmud argues that “Kol b’eisha erva” — the voice of a woman is her nakedness (Masekhet Berakhot 24a). I do not expect the Women of the Wall to agree with this, nor do they need to, but what is expected of them is not to be provocative. While in their eyes singing out loud, sincerely to G-d, is in no way provocative, the Charidim wholly disagree. When they refuse to stop, the Chareidim see this as an offense. This does not in any way condone violence, but it does make it more understandable as to why they are so heated up about this. The Women of the Wall are causing men to hear things that in their opinion are immodest.

This opposition to Women of the Wall is not an oppression of a different belief; it is a reaction to what they believe is a war on their own beliefs. The Charedi community feels like The Women of the Wall are the ones imposing their lack of belief in certain areas onto the of ultra-Orthodox community. Charedim are belittled and objectified by the media in Israel and elsewhere because of their “outdated” beliefs. The demeanor that has unfortunately developed due to this societal unsavory reality is a cultural abruptness and aggressiveness used whenever they feel threatened, which people often misinterpret as if they are being condescending and snobbish. I believe that they feel threatened by the Women of the Wall’s determination to do as they please, even when it comes at the expense of other Jewish sects beliefs. This is how I would present the other side of this argument. I hope I adequately have done so. After seeing both these sides, one can conclude as they see fit. In my opinion all this seems to be a miscommunication. Each side feels like the other is imposing their beliefs on them, the two sides need to sit down and figure out a way not to impose their beliefs onto one another.

The author is a member of the Brooklyn Charedi community.

A Charedi Jew Explains: Why Do The Ultra-Orthodox Protest Women of the Wall?