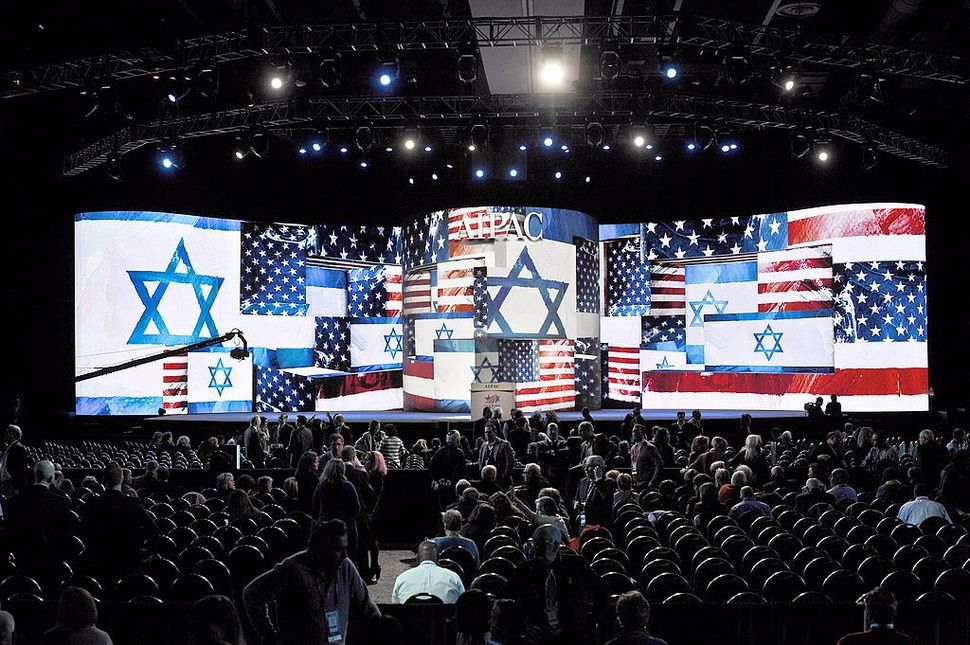 Last Shabbat I found a letter in my mailbox. The address line said only, “Shabbat Shalom.” I live in the Jewish Culture House at Tufts, and the letter was meant for us. It was from a group of Iranian students. They’d heard about a rise in anti-Semitic incidents in the United States – the overturned grave stones, the bomb threats, the graffiti – and wanted us to know that they were thinking about us. They said we should be sure to reach out if we needed support.

This letter was one of the kindest things I’d ever received. It was heartening that the Iranian student group took the time to think of us, the Jewish community, even amidst the Trump executive orders targeting them and the hate crimes taking place against the Muslim community. But I also had a sinking feeling as I read that note, because I know that in many ways, parts of my community – the Jewish and pro-Israel community – are not doing nearly enough to combat Islamophobia.

Last week it was reported that AIPAC, the largest pro-Israel organization in the country, gave $60,000 to Frank Gaffney, the head of the Center for Security Policy (CSP). The Center for Security Policy is an Islamophobic hate group that peddles lies and falsehoods about American Muslims and senior US government officials. Groups such as the Anti-Defamation League (ADL) and the Southern Poverty Law Center (SPLC) have both strongly condemned the CSP.

Many have credited Gaffney with inspiring Trump’s refugee ban. His policies actively endanger American Muslims. American Jewish organizations that actively support him or remain silent in the face of his invective, are contributing to the scourge of Islamophobic hatred.

With the annual AIPAC Policy Conference taking place this week, we have a responsibility to make clear to our communal leaders that they must stand up against Islamophobia. In some ways, it feels like an uphill battle. Just last year, Ron Dermer, the Israeli Ambassador to the US, accepted an award from the CSP amidst protests from J Street, the ADL and the Reform Movement. Other groups, like AIPAC and the JFNA, remained silent.

This starkly contrasts with my Jewish values. When I visited Poland on a Federation-funded trip, I saw the way my ancestors lived in the shtetl. Other ancestors of mine founded the first Reform congregation in St. Louis but still kept Christmas trees in their windows because they did not want people to know they were Jewish. Jewish institutions taught me that it’s because we know what oppression feels like that we have a responsibility to stand up for others. This political moment is putting that lesson to the test.

Much of our community is rising to the challenge. When Trump’s original executive order on immigration went into effect I led a delegation of students, in concert with Tufts Hillel, to a rally against it. Our Jewish values compelled us as a community to stand with our Muslim brothers and sisters, and it made me feel deeply proud to be Jewish. But the rally was hardly typical. This week at AIPAC — the largest gathering of American Jews in the US — have we heard a word from its officials about the rising tide of Islamophobia? Will we?

The specter of that silence is why I’m still trying to compose a response to the Iranian students at Tufts who reached out to my house. I want to write to them and tell them how grateful I am for their support and how receiving their letter touched my heart and brought me to tears. But I’m not sure what to tell them about how the Jewish community is fighting for them. I can tell them about Tufts Hillel sending students to the rally to fight back against Trump’s immigration ban and I can tell them about the good and important work many Jewish organizations are doing right now. But what do I say about the $60,000 that went to Frank Gaffney? Or Dermer’s eagerness to embrace hate?

The entire Jewish community – including pro-Israel advocacy organizations -– must show up for the Muslim community right now. To my friends at AIPAC this week: make your voices heard. This is not the time to stay silent.