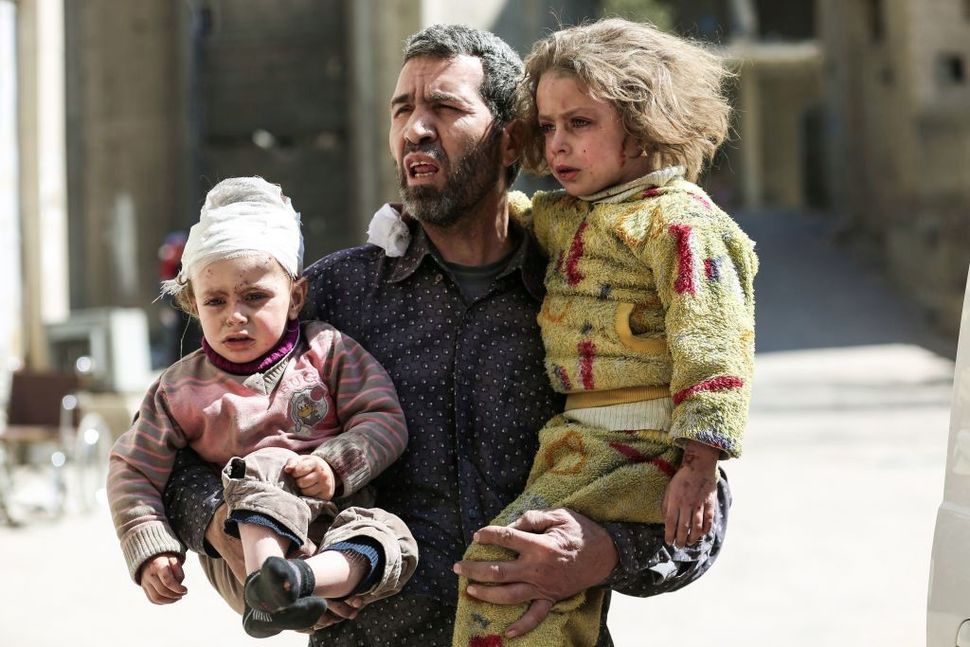 We write to you with angst just days before the Passover holiday when the Jews escaped the oppressive tyranny of Pharaoh in Egypt. The Assad regime in Syria appears to have conducted a nerve gas attack against Syrian civilians yesterday. At least 58 civilians have been killed in the attack, marking the worst chemical attack in Syria since the August 21, 2013 chemical massacre. We believe that a strong response from the U.S. is essential to stopping these war crimes.

This attack is a violation of multiple U.N. Security Council resolutions prohibiting the Assad regime from using chemical weapons passed under Chapter 7 of the UN Charter. Local medical workers observed that victims were gasping for air, and video footage from the area showed dozens of dead bodies with no apparent external injuries.

Israel’s President Reuven Rivlin called the attack a “stain on humanity,” and urged the international community to “join together to bring an end to this murderous insanity and make sure these types of images will never again be seen anywhere in the world” and called on “world leaders and the heads of the world powers to act now and stop the criminal murdered taking in place in Syria at the hands of the Assad regime and act to have chemical weapons removed from the Syrian territory.”

Holocaust survivor Elie Wiesel said in 2012, “the so-called civilized world isn’t even trying to stop the massacre. Its leaders issue statements, but the bloodshed continues. A situation that has lasted 13-odd months is not about to end.”

The Assad regime will not cease these brutal attacks unless it faces the threat of serious military repercussions such as airstrikes against air bases associated with chemical weapons and suspected storage facilities.

We therefore urge you to fully appreciate the importance of this moment and to act decisively to avoid dire consequences. Specifically, we recommend that you adopt the following measures:

• Verify, with the various departments in your administration, that today’s attacks in Syria were indeed carried out with a nerve agent.

This would mean that the Assad regime still possesses nerve gas and therefore did not comply with the September 2013 chemical agreement.

• Order targeted airstrikes on Assad regime air facilities, jetways, and fix-wing and rotary aircraft so as to prevent the regime from carrying out further chemical attacks with nerve agents.

If today’s horrific atrocity is not met with a firm response, Assad likely has more attacks planned on an even larger scale. The world today is looking to your administration for leadership.