Remembering What They Fought For 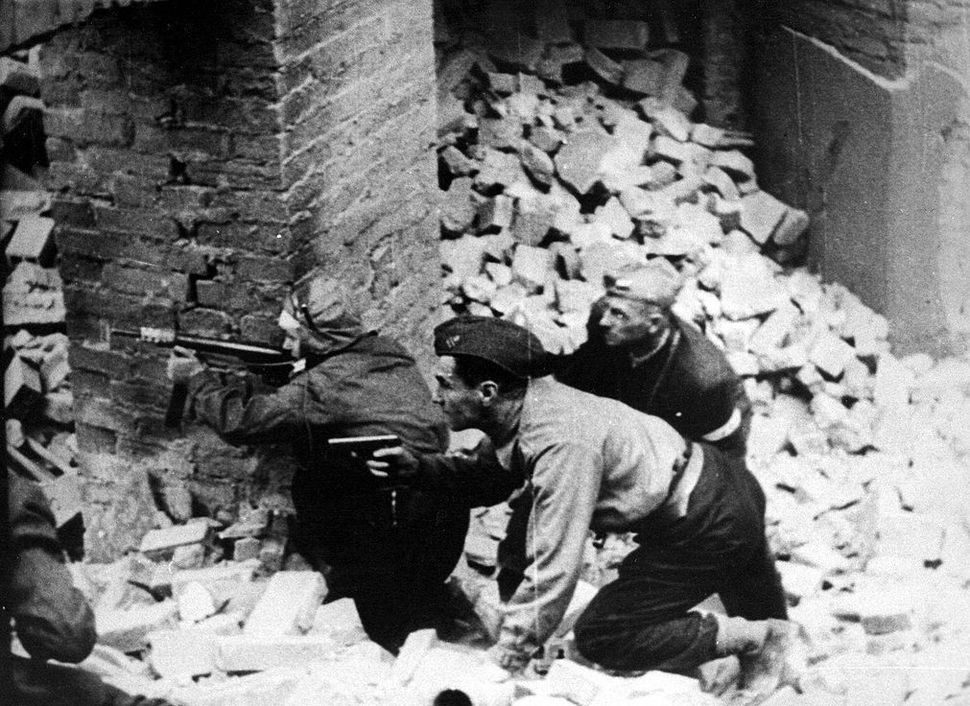 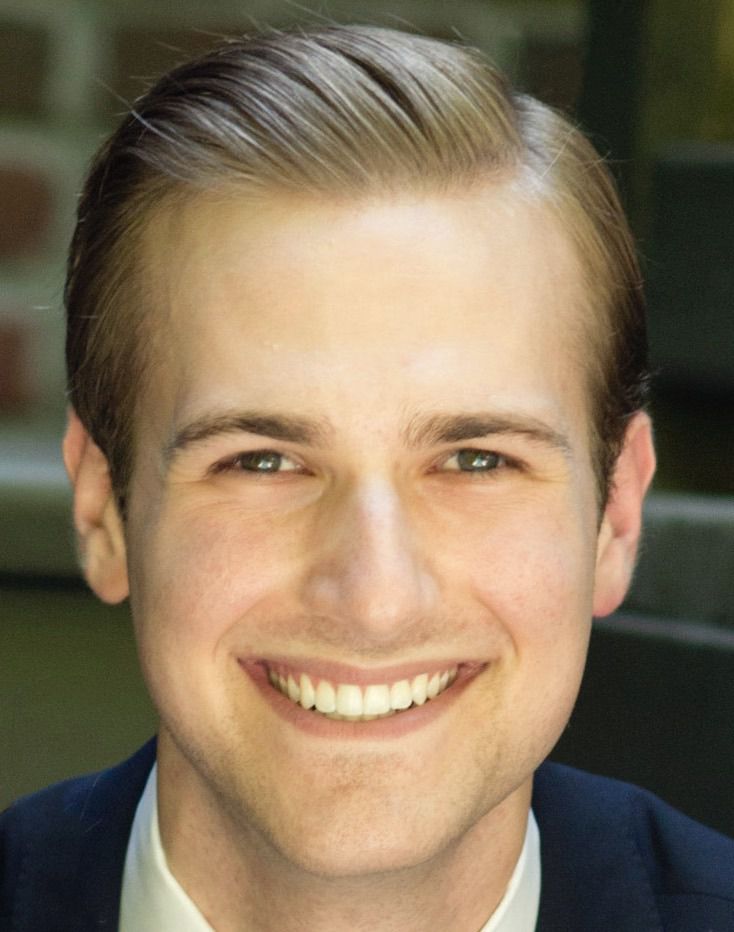 April 19th was warm in Warsaw, just like it had been 71 years earlier.

I left my apartment wearing a coat, which I soon shed as I walked due North toward the Museum of the History of Polish Jews. As I did, I removed from it and restuck a paper daffodil to my shirt, unsure of whether to pry it all the way open or to leave its top as it came, folded in half. Unfolded, though a simple origami mechanism revealed a bright yellow flower, the overall shape was not unlike a six-pointed star. Closed, the three-pronged pin read a message: “71st ANNIVERSARY OF THE WARSAW GHETTO UPRISING.” 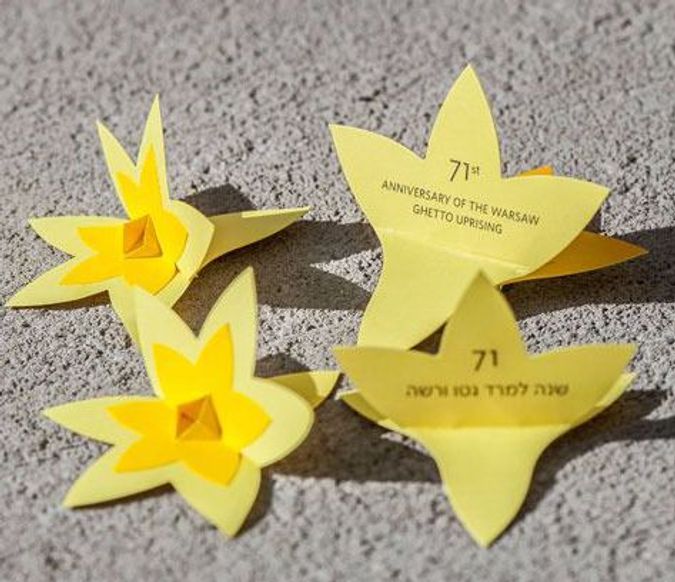 I compromised and left it halfway in bloom, sure that either way, passersby would understand its meaning. The pins, designed by a young local Jewish artist, were first produced by the Museum for last year’s 70th anniversary of the outbreak of the uprising, and handed out by hundreds of volunteers across Warsaw to thousands of participants. This year, in advance of the April 19th commemoration, the Museum sent paper flowers to cities across Poland, Germany, and Israel, to be handed out on streets there, too.

The design is provocative, despite the historical inaccuracy of the shape’s suggestiveness—Jews in the Warsaw ghetto wore not yellow stars but white armbands with blue stars—and perhaps a coincidence. The flower is instead meant to perpetuate Marek Edelman’s commemorations of the day, when, until his death in 2009, he would place a bouquet of yellow daffodils at Warsaw’s Monument to the Ghetto Heroes, unveiled in 1948 on the site of the uprising’s fighting. Edelman was a leader of the uprising who stayed in Poland after the war, and who, perhaps because he was also active during the 1944 Warsaw Uprising and in opposition to communism, was well known and regarded.

Living in Warsaw, the Polish figures, symbols, and remnants of the Warsaw Ghetto have become familiar to me, and to an extent, tangible. There isn’t a day I don’t pass a building once locked up with the ghetto’s inhabitants, or if not that, then a site where a ghetto building once stood, or a fragment of a cobblestone street, or a long-disused tram track.

Passing these sites often, their present has become ordinary enough for me to be able to try looking past it all and begin to really imagine their past. It doesn’t happen often that I feel I can really touch the experience of these places 71, 72, and 73 years ago, but when it does, I think of it as a strange, painful gift—but a gift nonetheless.

Once, as I took a walk to watch a clear day’s sunset paint the sky and in turn the canvas of the city’s beige buildings, I passed a homeless man slumped on a set of stairs. It was only when I realized where those stairs led that I paused and turned back. One of the main points of smuggling in the Warsaw Ghetto was a courthouse whose front entrance was inside the ghetto and whose back entrance, just opposite, led to the Aryan side. Its broad stone steps were for some a route to freedom or an extra meal, but for others, as depicted in many black and white photos from the time, a place to beg. That day, I watched in full color a scene from wartime Warsaw; under the setting sun, I shuddered.

On the 19th, marked with a symbol connected to the ghetto, I felt the same shaking rootedness as I walked up the blocks included in that open-air prison. But as I approached the area systematically demolished in the course of the uprising, later rebuilt in monumental socialist style, I became far from the only one with a flower. At first an older woman, then a couple, then a family with children. And, another homeless man slumped in a corner, this time with a paper daffodil pasted above his head.

When I reached the square formed by the Monument and the Museum, a crowd was gathering in front of the memorial, adorned already with yellow flowers. As they are for such occasions, the two gas-powered menorahs on either side of the Monument’s central tablet, depicting the battle-ready young fighters, were ablaze with scorching flames. Soon, to the steady call of a trumpeter, a semicircle formed between them. The ceremony began.

A military drummer repeated a haunting PATTERPATTTER- PATTERPATTTER-PATTERPATTTER-PATTERPATTTER-PAT-PATTER-PAT as representatives from organizations governmental and communal, as well members of the Polish army, laid wreaths at the base of the monument, pausing with bowed heads or a salute before moving aside. The formality of it all did not seem theatrical. Instead, the piercing snare drum and marching procession were a reminder that much of what the uprising fighters fought for was honor. The wreaths spilling down before their image acknowledged that the honor was not just theirs, but indeed ours as well.

The ceremony at the Monument concluded with a rousing kaddish and taps. But the day’s proceedings were just beginning. Where history is inscribed into each brick, the streets, especially those streets, on that day, beg commemoration. And so we walked, following in the symbolic last footsteps of the ghetto fighters, from the Monument, to the site of the uprising commander’s bunker at Miła 18, to the Umschlagplatz, the site of deportations to Treblinka.

There, where a plaque with a carved forest of broken trees—the traditional symbol of life cut short—marks the entrance to the memorial site, I gathered with a small crowd to listen as an elderly man read a list of names and short biographies of inhabitants of the ghetto.

I looked up at the sky, so blue. It and its few slow-moving clouds crystallized, and I understood that blue skies were there, then, too.

From my childhood I observed the commandment to remember the Holocaust. But what does it mean to remember something I didn’t experience? It means talking about something, evoking something, but inevitably recognizing the impossibility of anything more. It’s why I see those strange, painful realizations as gifts. Not because I wish on myself the experience of the Holocaust. But because I hope that, with a fraction of insight, I’ll be better prepared. Long past when the memories of those dark skies and blue skies die with their survivors, I hope I will be better able to fulfill my pledge.

As the man finished his momentary resurrection, a butterfly landed on a woman standing in front of me. Despite her attempts to brush it away, it remained latched to her clothing. So she wore it as a brooch, alongside her daffodil pin.

Remembrance clings to us, urges us, but life does as well. It’s a challenge to make both a part of today, and of the future, but it’s why I’m here.

Eric Silberman is a medical student at Icahn School of Medicine. After graduating from Princeton with degrees in molecular biology and creative writing, he spent a year in Poland on a Fulbright, working in a museum and writing about his grandparents’ Holocaust experiences.

Remembering What They Fought For