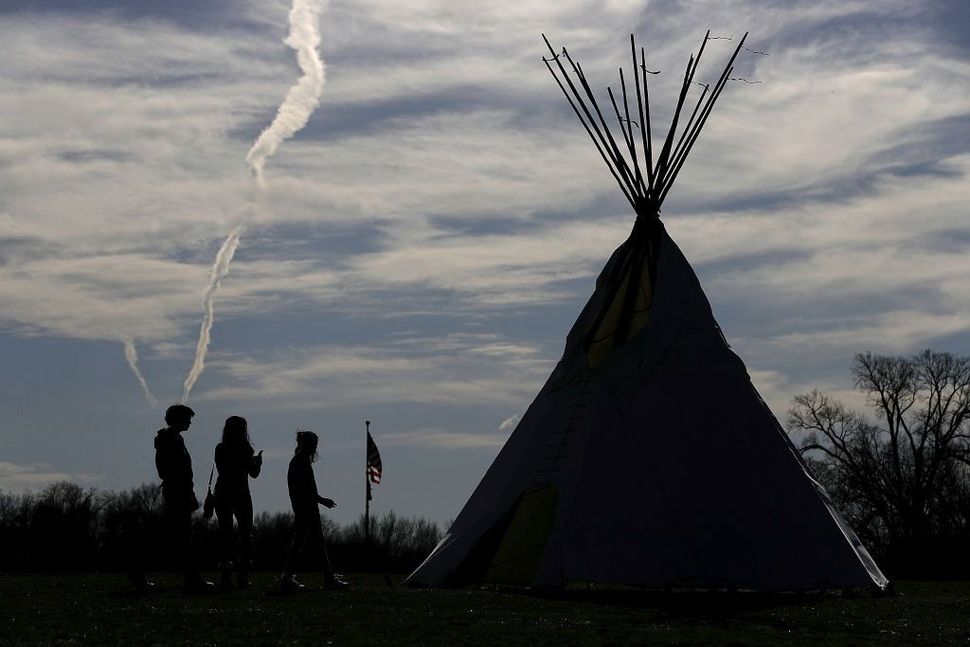 On Sunday evening, May 21, The Shalom Center will honor Sophia Wilansky, an extraordinarily heroic young activist who was acting on the best of Jewish tradition and values as a Water Protector at Standing Rock when she was cruelly wounded — her left arm shattered — by the militarized police.

Wilansky will be introduced by Chief Dwaine Perry of the Ramapough Lenape, recently featured by the New York Times for his Nation’s resistance to yet another water-poisoning pipeline. 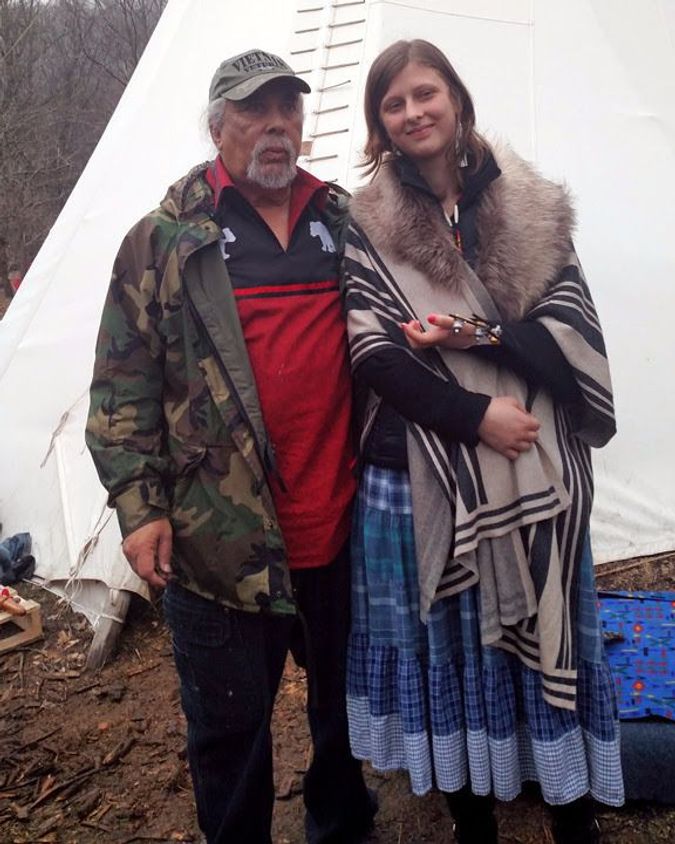 Chief Dwaine Perry of the Ramapough Lenape and Sophia Wilansky.

That same evening, we will honor Bill McKibben, world-renowned leader of the climate-activist movement, and Bishop Dwayne Royster, eloquent speaker and adept leader of religiously rooted community organizing through POWER in Philadelphia and PICO nationally.

They will share their courage and their wisdom at Congregation Mishkan Shalom in Philadelphia, in support of The Shalom Center’s work for eco-social justice, peace, and healing of our wounded Mother Earth.

For a deeper sense of what Sophia Wilansky faced and faces, I suggest you take a moment to watch her father be interviewed shortly after the police attack at Standing Rock.

And for a sense of Ms. Wilansky’s own values, even while she was under enormous stress and pain — still in the Minnesota hospital after the attack on her — she wrote: “If anyone else is hurt on the frontlines and needs to pay up front and out-of-pocket for time-sensitive emergency medical care, I would be happy to either lend or give the money out of my medical fund. I think that I received a disproportionate amount of money because I’m white, so I want to make sure that all the Sioux and other native people are taken care of as well.” Why is The Shalom Center honoring Ms. Wilansky?

Since our founding in 1983, we have thought, taught, and acted on a Prophetic sense of Jewish life: The deepest root of eco-social justice is the spiritual sense of passionate compassion of human beings toward each other, and in the relationships of adam and adamah, human “earthlings” and the Earth.

For me personally, that has meant that alongside the 24 books of religious and ethical thought that I have written are 23 arrests in nonviolent action to heal our country and our world from racism, religious bigotry, aggressive and self-destructive wars, and the wounds we have violently inflicted on our Mother Earth.

In this we try to follow the teaching of Rabbi Akiba: Facing the Roman Empire’s death sentence for either learning Torah or acting on it through the mitzvot, as other Rabbis debated whether it was more important to study or to act, he taught: ” Study is greater, if it leads to action.” (Kiddushin 40b)

So for us it has been a blessing to watch and support the Native Lakota Nation and its allies who gathered at Standing Rock, and the Ramapough Lenape, and other First Nations who are struggling against the Corporate Carbon Pharaohs of our day. Their bravery has reawakened that deep spiritual sense of Earth-connection among other Americans.

Wilansky represents in her own mind, soul, and body that blessing, that reawakening, that reconnection with our own ancient earth-based spirituality of shepherds and farmers in the Hebrew Bible.