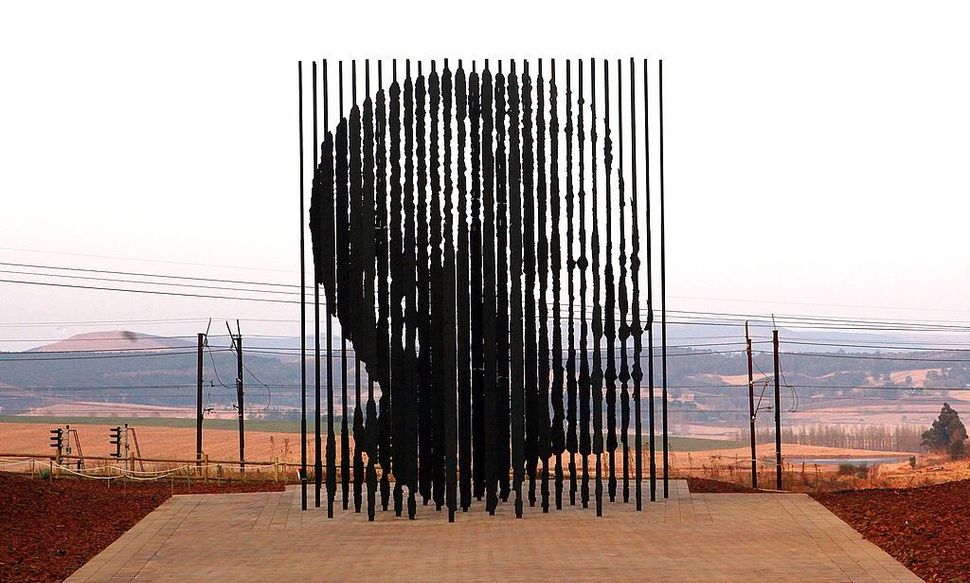 I grew up on the southern tip of South Africa, not far from where the waters of the Atlantic and Indian Oceans meet. As a child, I spent most of my weekends in my grandparents’ small store, located in a crowded and ethnically diverse marketplace in District Six, a Cape Town neighborhood long ago destroyed.

There, Jews and Muslims lived together side-by-side—both having immigrated to South Africa in search of a better life for their families. The Muslim merchants came from India and my grandparents—my beloved zeyde and bobe, as I referred to them—had fled the anti-Semitism and poverty of Eastern Europe.

As a young boy, I came to know the Muslim shopkeepers with whom my grandparents shared their lives. While the racist apartheid regime sought to divide us by labeling Muslims as “colored” and Jews “white,” to me, they were always just the people next door to my grandparents—good neighbors and friends.

Now, even 40 years since I left South Africa, I still recall the aromas of fruit and spices emanating from their shops and the musical strains of the Muslim call to prayer mingling beautifully with the cantorial singing I heard at my family’s synagogue.

These early memories of inter-religious and ethnic harmony are more important to me now, than ever, as new forces seek to divide us today. It is true that some radical extremists have carried out horrific acts of violence in the name of Islam, but the recent spate of prejudice and fear—unleashed by our governments and others at the highest levels—paints all Muslims as a threat, eclipsing the enormous diversity of belief, politics and mindset among people of Muslim faith and ancestry.

During this painful and challenging chapter of history, it is essential that we remember our common values and common humanity. For me, the bonds of my childhood with the Muslims in District Six and the work that I do today with Muslim friends, colleagues and allies to promote human rights in the developing world, are living proof that what we share is far more powerful than what divides us.

At American Jewish World Service, I stand with other American Jews to support the work of 29 organizations led by or working with Muslims in seven countries in Asia and Africa. These are among the 450 organizations we support worldwide. We work together with these Muslim colleagues to build a world in which people of every background come together to save lives, promote equality and pursue justice.

Many of the Muslim activists we support have inspired me deeply, and their stories are emblematic of their dedication to justice.

In late 2014, when the Ebola epidemic began its terrifying spread across his country, Imam Trawally, of Banjor, Liberia, went door-to-door and mosque to mosque, educating the people to wash their hands and cease the sacred Muslim ritual of washing the dead, which was unwittingly spreading infection like wildfire. Imam Trawally told us, “I was very afraid, but … decided to help because people were looking up to God, and after that, they were looking up to us [the imams].” His courage and that of his many Muslim colleagues saved countless lives.

Kausar Ansari, a young Muslim woman in India, mobilizes fellow Muslim girls and women to stop the practice of child marriage. She works with Awaaz, a grassroots organization that defends women’s rights in communities where custom dictates that women and girls should marry young, remain at home and follow strict definitions of women’s role in family and public life. Ansari and Awaaz teach Muslim women and girls to advocate for themselves in ways both small and large, from convincing parents to allow their daughters into computer classes to pressuring reluctant police officers to investigate domestic violence charges.

Demba Diawara, a village chief and respected imam in Senegal, is known worldwide as a prominent leader in the movement to end female genital cutting in Africa. Demba and Tostan—the renowned social change organization whose approach to this issue he inspired—convinced thousands of villages to stop cutting.

And there are brave activists (who can’t be named here to protect their safety) who are standing up to the deeply entrenched prejudice against the Rohingya Muslims in Burma. According to human rights groups, successive Burmese governments have denied citizenship to an estimated 1.2 million Rohingya. Violence has displaced at least 120,000 nationwide, and some have faced internment, torture and even death. These activists are seeking a future in which all of Burma’s religious and ethnic minorities can live peacefully as equal citizens of the country while embracing their languages, cultures and beliefs.

Today, when people in high places speak hatefully of all Muslims, I think of Imam Trawally, Kausar, Imam Diawara and the brave Rohingya activists. I also reflect on my close relations with the Muslim colleagues on my staff with whom I work every day. Our work together as Jews and Muslims bears witness to our shared values and our shared obligation to welcome the stranger and respect the essential dignity of every person.

It is no surprise that there is a powerful Muslim corollary to the Talmudic saying, “To save a life is to save a world” (Mishnah: Sanhedrin 4:5). The Koran says: “if anyone saves a life, it shall be as though he had saved the lives of all mankind” (Surah 5 verse 32). These wise words and a lifetime of experiences confirm for me that our bond of friendship is bashert—meant to be.

Before my tenth birthday, the apartheid South African government had literally bull-dozed District Six out of existence, because the idea of a thriving ethically-diverse neighborhood was anathema to them. I thought such abject hate should have ended long ago.

There are so many lives, so many worlds in need of saving. There is no time to waste on hate or fear. We have work to do—together.