Why Are So Many Rabbis Fleeing The Pulpit? 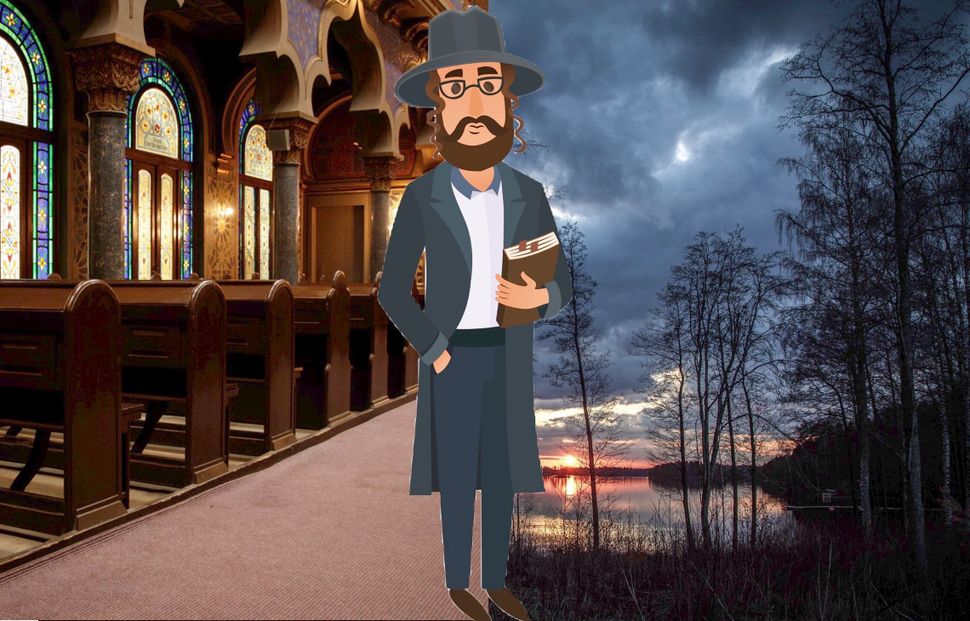 A few weeks ago, I came across a fellow rabbi who possesses the total rabbinic package: she is a compassionate caretaker, has good mind for Torah, speaks strong Hebrew and is a great leader. If there was such a thing as finishing at the top of your rabbinical school class, she had done so. Every pulpit was drawn to her ability and personality — and yet, she had recently chosen to take a great job elsewhere in the Jewish community. This was the first time we had really spoken since she left the pulpit. She seemed happy, but this was another unfortunate case, to me, of another talented rabbi leaving the pulpit.

Today as I reflect on my own Jewish life, I understand why my classmates are choosing a life outside of the pulpit. I entered Rabbinical School with one goal in mind: to become the Head of School at a Chicago-based Jewish Day School. My first job offer was to become the Executive Director of a Hillel (though I passed on the opportunity and took a pulpit position instead). Already, more than half of my rabbinical school class is working outside the pulpit in a variety of jobs; I believe in the coming years that this number will grow.

What leads rabbis to take work outside the pulpit? On the surface it is merely a personal employment preference, but I think there is something much bigger at work.

Often rabbis can be accused of being “too religious” for the congregants they are leading. I can count on one (maybe two) hands how many congregants of mine walk to synagogue on Shabbat rather than drive, or even care about the nuances of such a topic, but this is a priority for my family. But to suggest that rabbis are not aligned with their congregants is short-sighted. In all professions, the leader or CEO immerses themselves into the product or company more than the consumer; it is their job to understand and live their values and brand. Rabbis embody the brand of Judaism in which they choose to live. I do not believe, in my short time as a rabbi, that it is the lack of ritual observance by congregants that disengages rabbis from pulpit work.

There is, however, a core lifestyle that rabbis themselves want to live. Because we are mostly committed Jews who come from a deep rooted Jewish background or came to it passionately later in life, we often naturally want to surround ourselves with like minded people. And so, when we see our children missing birthday parties because they are on Shabbat (this goes across the denominational spectrum), we get nervous that our children will hate Judaism, feel bad about their own restrictions or not be able to make friends. The current openness of the Jewish marketplace has made it that much more difficult. Knowing our own congregants might choose a different communal experience elsewhere, we begin to long for our days on the Upper West Side of Manhattan when we could pick up and go, too. Rabbis are not leaving the pulpit because of matters of Halacha (Jewish Law) or the ideology of practice. Rather, we are leaving to improve our own day-to-day experiences.

Truth be told, even our least observant congregants want to know that their rabbi is practicing Judaism in a certain way; whether or not individuals observe particular aspects of Judaism, it is often important to them that their spiritual leader does. The dilemma for a rabbi is not whether or not his or her congregants are observant but rather how they as rabbis will successfully maintain their personal religious standards. For the most part, progressive rabbis are not like Chabad rabbis, who are willing to move, sometimes into a very isolated community, and be the only Jew in the neighborhood. We are modern secular human beings who want to belong to local and thriving Jewish communities.

We as rabbis often take what is most important to us as individuals and make it the epicenter of our Judaism. For some, that means being involved in a Jewish Day School so that tuition is lowered and more families are able to attend. For others, it’s living close to multiple synagogues so that one can choose where to pray every Shabbat. This epicenter, of course, can and will evolve. My colleague, who changed careers, did so because she wanted a different lifestyle — and I empathize with that. The 24/7 rigor of a pulpit, the demand of endless engagement, the budget concerns that fall on the rabbi’s shoulders were not a part of the appeal to go to rabbinical school. The pulpit rabbi is crucial for inspiring and educating the masses. I chose the pulpit because of a wonderful experience I had in my student pulpit in Amsterdam New York and the ability to impact different ages at different levels. But sometimes we want to just teach, preach and take care of congregants — and after a long-week, go to synagogue to sit with our children and pray. I worry about this internal struggle for pulpit rabbis and I hope we can find ways to ensure that rabbis do not leave their pulpit work to find a synagogue to pray in.

Rabbi Jeremy Fine is the Associate Rabbi at Temple of Aaron in St. Paul Minnesota. He is the founder of TheGreatRabbino.com and in 2014 was named one of the Forward’s Most Inspiring Rabbis.

Why Are So Many Rabbis Fleeing The Pulpit?