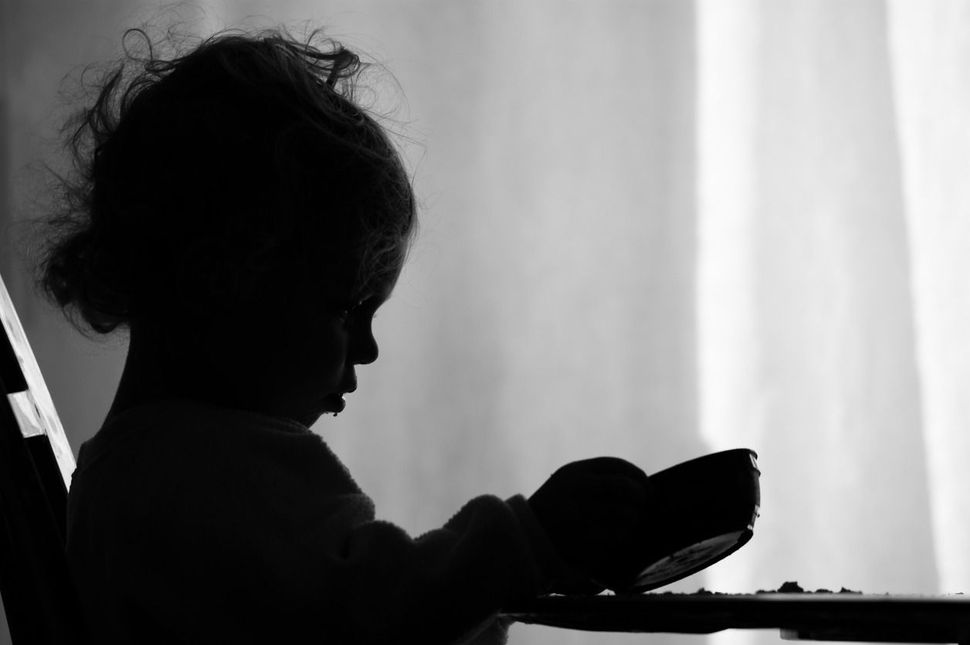 Obama was underscoring a major issue in America: According to the Centers for Disease Control and Prevention, more than one-third of U.S. adults and nearly one-fifth of U.S. children are obese. Healthier school meals can help combat this trend. Meanwhile, food and nutrition experts generally urge Americans to adjust their eating habits to include foods more typical of a Mediterranean or Middle Eastern diet.

In Israel, where we generally follow a Mediterranean diet, we can learn one nutritional habit from America: the primacy of breakfast. While most Israeli children go to school without eating a typical American breakfast, they are given sandwiches and snacks to eat at a mid-morning break. But many children from disadvantaged or dysfunctional homes come to school hungry and empty handed, without having eaten before school and without a morning meal.

This problem is compounded by the fact that In Israel, there is no such thing as a lunchbox. Though in recent years some schools have begun providing government-funded lunches, in the majority of schools there are no lunches. In fact, school lunch programs in Israel are not mandatory, unlike here. That’s partly because Israeli children attend schools six days a week, for shorter days than in the U.S., and so children typically return home to eat lunch.

While Israel remains culturally influenced by European tradition, where the midday meal is the heartiest, in the United States breakfast is arguably still considered the most important meal of the day, eaten at home, with family – even if that’s not always achieved during busy weekdays.

In general, Israeli parents typically prepare on-the-go breakfasts for their children to eat at school during the 10 a.m. morning break. Yet children whose parents cannot afford to send food, or who come from families dealing with behavioral or social issues, simply don’t eat in the morning. So while Israelis do tend to eat healthier food than Americans, many of their most vulnerable children aren’t eating before class. That, in turn, affects their ability to learn and, ultimately, to succeed.

It’s rare for an Israeli to agree with conventional American thinking, but there’s no denying the importance of breakfast. According to a 2013 review in “Frontiers in Human Neuroscience,” breakfast positively affects learning in children in terms of behavior and school performance – and the effects of a nutritious breakfast are particularly pronounced for undernourished children. Children who eat breakfast are more able to concentrate and pay attention, and are more alert in the classroom.

Classroom hunger in Israel isn’t a small problem, either. According to the Israeli government’s National Insurance Institute, there are 776,500 children living below the poverty line in Israel. My organization, Nevet, provides nutritious school breakfasts to 8,000 Israeli students at 130 schools daily, but there are still some 13,500 children on our waiting list – and many more across the country who would benefit from a healthy, daily breakfast.

Before addressing classroom size, the quality of teaching, or differential budgeting that aims to bridge educational gaps, we should, first and foremost, be concerning ourselves with the most urgent – and easily remedied – problem facing disadvantaged Israeli students: food insecurity – and especially breakfast.

Over the past decade, students benefitting from the school breakfast program (SBP) have seen a 17.5 percent rise in their overall math grades, according to Deloitte research. Their absence rate dropped six percent and more than nine out of 10 principals at school that work with us have reported that their students are better behaved after eating their 10 a.m. meal.

As the famous American food writer M. F. K. Fisher once said, “First we eat, then we do everything else.”

It’s about more than just nutrition or hunger. It’s also about establishing a healthy routine and creating a consistent nutritional anchor for the children every day. By feeding these kids breakfast, we feed their minds, giving them the opportunity to succeed and, hopefully, break the cycle of poverty.

Israelis still have a way to go to fully adopt the American conception of the primacy of a healthy breakfast and its impact on learning — and that’s one of our main missions. We want to Americanize the way Israelis think about breakfast – without all the sugar and bacon – and make sure our children are well-nourished and ready to learn. We are committed to providing each child with access to a wholesome and nutritious morning meal.

If we do that, we ensure that every Israeli child, no matter his or her socioeconomic background, will have a chance to grow and flourish.

Rotem Yosef is the Vice President of Strategic Development for Nevet. Yosef has a degree in law and a bachelor’s degree in government, diplomacy and strategy from IDC Herzliya. Before joining Nevet, she worked in the Knesset legal department for the labor, welfare and health committee, and founded a volunteer organization called “The Third Generation for the Golden Age,” aimed at teaching computer skills to senior citizens.