What The Holocaust Museum Teaches Us About Human Nature 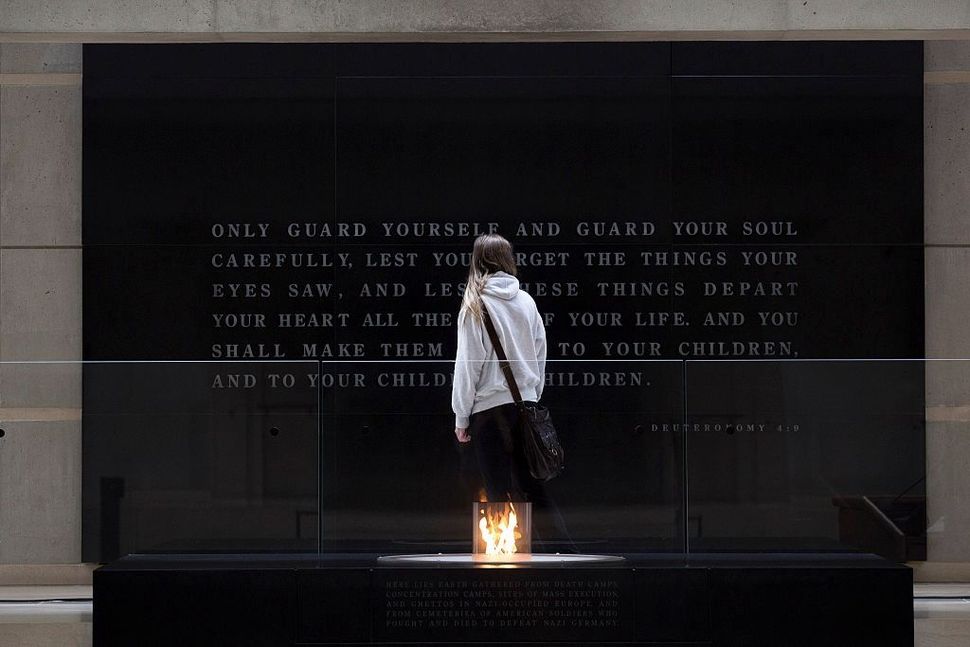 This wasn’t the first time I had been to the United States Holocaust Memorial Museum in Washington D.C. I had gone many years earlier as a day school student on a school trip to our nation’s capital and keenly remember the powerful effect that exposure to the museum’s many exhibits had upon me.

The pictures lining the walls were difficult to take in. Black and white photographs of human-skeletons, barely alive, peering with hollow eyes at the Allied soldiers who had come to free them from the hellish camps. Stacks of naked corpses piled high like fire wood. A painful burning sensation filled my insides just thinking about the tortured, the murdered and the maimed. My young heart broken over lives forever separated from loved ones and the great masses permanently scarred by ordeals human beings should never endure.

I couldn’t help but contrast the feelings I experienced then to the feelings I was experiencing now as I returned to those very same exhibit halls, this time as a grown man. It was to be expected that the shock factor would not be the same. After all, since that time I had read books on the Holocaust and seen Schindler’s List and movies like it. I knew, so to speak, how the story ended.

What came as an utter surprise, though, was the nagging sense that I wasn’t contemplating the same Holocaust narrative that I had exposure to as a school boy. If my first visit was a personal call to sympathy for the victims of the Holocaust, my second visit was more a philosophical inquiry into the minds of the evil Nazi perpetrators.

It was one particularly disturbing placard on the wall that caught my attention and sent my mind racing. The picture was of a Nazi soldier aiming his gun at the back of a Jewish man’s head. The victim’s eyes were blank, his knees bent on the earth, perched at the edge of a freshly dug pit quickly filling with the newly butchered. The blurb on the bottom of the placard noted that one quarter of the Jews who perished in the Holocaust were shot by mobile killing squads.

Besides the sheer eeriness of a photo that kept frozen in time the last moment of a person’s life, it was the frightening statistic about the killing squads that most stood out to me.

As heinous as the gas chambers were, there is something about the way they were operated, the fact that the murderer and the victim were not face to face, that helped me comprehend how a human being could compel himself to the gas chamber’s usage.

But shooting someone face-to-face? Seeing the raw human emotions of a mother grasping onto her child, the tears rolling down her cheeks, and still mustering the wherewithal to shoot? Incomprehensible! And to think that this was not a small percentage of the murders of the Holocaust, but a full fourth! My mind was spinning, searching for answers.

Dehumanization may be the most powerful tool in the war against a people, and this was most certainly not lost on the Nazi propagandists during the lead up to the Final Solution. The Jews were proclaimed a scourge upon Germany, as the lowliest of all nations and as a Poisonous Mushroom, as the title of the German children’s book about the Jews implied.

This was the real secret behind the success of the Nazis in implementing its evil plans. If the Jews were a plague upon Germany, the killing squads were merely taking out the trash.

It is with all of this in mind that in the midst of the Holocaust Memorial Museum I found myself returning to one of the most important teachings of the Torah, one with profound, everlasting moral implications: “For in the image of G-d He made man” (Genesis 9:6).

It is this singular, most powerful belief in the divinely inspired nature of man that beckons us to treat each other, all people, with love, respect and dignity. It is also this belief that spurred our Founding Fathers to write those most cherished of words – “We hold these truths to be self evident, that all men are created equal, that they are endowed by their Creator with certain unalienable Rights, that among these are Life, Liberty and the pursuit of Happiness.”

For when you see the divinity in one another you cannot dehumanize. When you come to recognize that G-d is a Father to us all, you cannot pick out or pick on any of His children.

The Holocaust museum reminded me that “Never Again” and “For in the image of G-d He created man,” are inextricably linked. They were connected back then and they will be connected forever.

What The Holocaust Museum Teaches Us About Human Nature