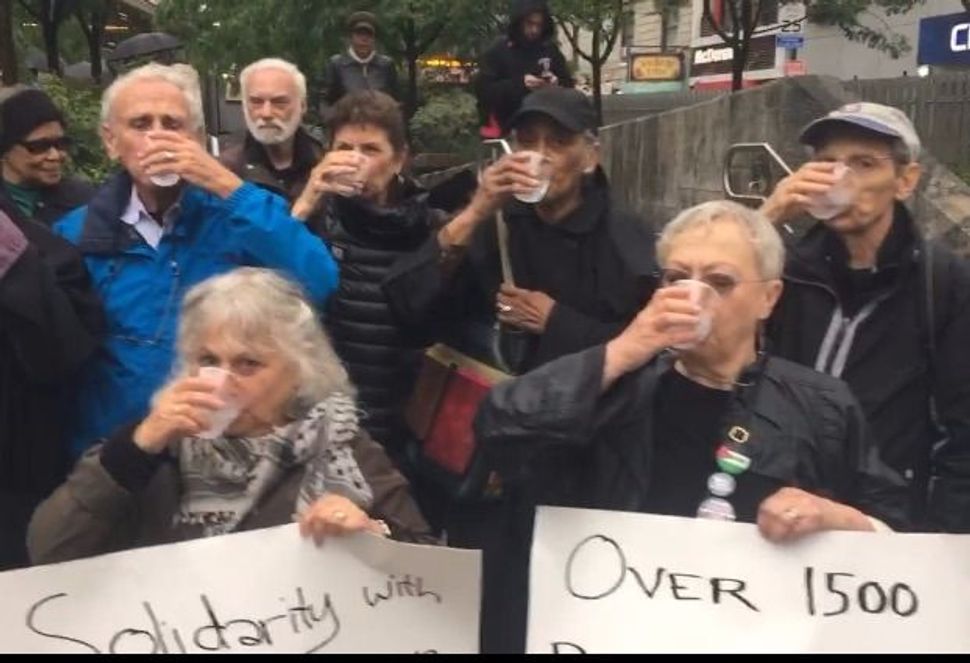 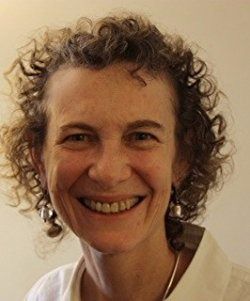 Jews Say No!, an NYC group I am a part of, and the Grannies Peace Brigade recently participated in the salt water challenge in solidarity with more than 1500 Palestinian hunger strikers, who have entered the 38th day of their strike. The Palestinian prisoners in Israeli jails began the hunger strike on April 17th, and the salt water challenge, a social media campaign to show solidarity with the strikers, began with a call by the son of imprisoned Palestinian leader, Marwan Barghouti.

Thousands of individuals and groups have taken the salt water challenge across the globe in support of the Palestinian prisoners. Numbers of the mothers of the prisoners have also courageously joined the strike in solidarity with their sons. Palestinians have held rallies and called a general strike across the West Bank in support; South African anti-apartheid leaders went on a solidarity strike; and students in the U.S. called for a one day fast in solidarity with the prisoners. Support for the prisoners is widespread. The Israeli government has not only failed to respond adequately, but prisoners have been subjected to harsh treatment and retaliatory measures. As a result, the strike has continued and numbers of prisoners have been taken to medical facilities because of seriously deteriorating health.

The demands put forth by the prisoners are clear, fundamental rights. They include access to medical care; allowing regular family visits; and an end to solitary confinement and administrative detention (imprisonment without charge), flagrant violations of human rights. As Barghouti stated in a recent NY Times op-ed, “Palestinian prisoners and detainees have suffered from torture, inhumane and degrading treatment and medical negligence.” He also wrote that “hunger striking is the most peaceful form of resistance available. It inflicts pain solely on those who participate and on their loved ones, in the hopes that their empty stomachs and their sacrifice will help the message resonate beyond the confines of their dark cells.”

The demands of the hunger strikers will hopefully be met soon, but we know that international pressure and support can be critical at moments like this. This is a challenge to the American Jewish community to make our voices heard loud and clear in support of the Palestinian hunger strikers, whose demands are simply a call for dignity and humane treatment.