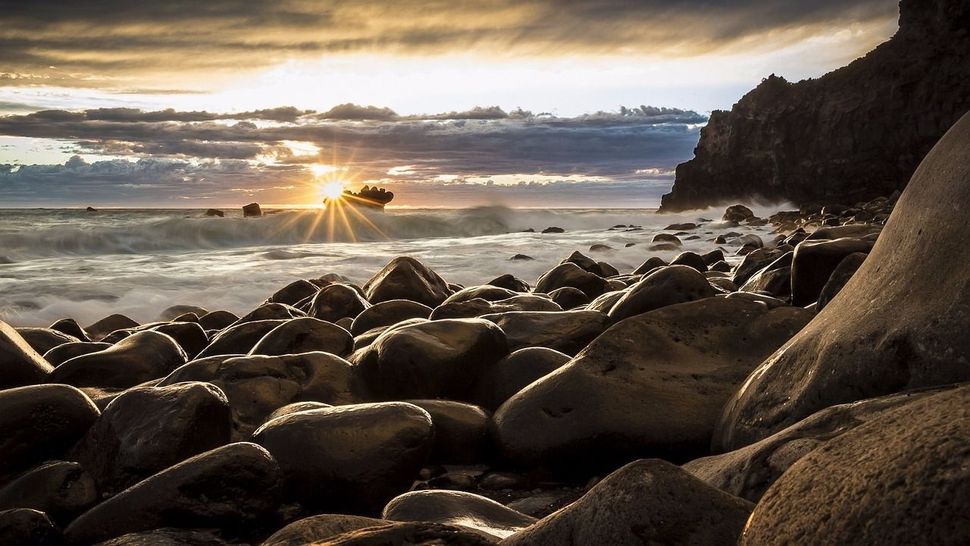 This is the first of a series of posts on the history and lives of Jews in New Zealand. Future pieces will detail the Jewish communities that function today in the country as well as the interactions between indigenous Māori and Jewish settlers.

Rumors swirled in Amsterdam in 1642 of “a large island in the Pacific, full of gold and inhabited by Jews.” The Dutch East India Company, by then a profitable colonialist organization, tasked sailor Abel Tasman with finding this island. Although Tasman and his crew succeeded in becoming the first Europeans to behold the shores of Aotearoa, in December of that same year, they were destined to fail in their search for gold and for Jews.

Indeed, although Polynesian explorers settled what they called Aotearoa around 1250 CE, and Europeans “discovered” the islands in 1642, it wasn’t until the early 1800s that Jews first arrived in New Zealand. Despite this, New Zealand has a rich Jewish history. Jews have played a major role in the creation and development of New Zealand – three have served as Prime Ministers, and early Jewish communities were instrumental to the settlement of the North Island by Europeans in the nineteenth century.

Joel Samuel Polack was among the first of these notable Jews, a trader and writer who settled first in Australia with his brother, and then moved on to New Zealand alone in 1831 at the ripe age of twenty-four. He was not the first Jew to visit New Zealand, but he was the first to live there for any significant stretch of time.

Polack was quick to learn Te Reo, the language of the indigenous Māori, and established tight bonds with a number of communities. In fact, Polack had much more success in this endeavor than the two groups of Christian missionaries – the Methodists and the Wesleyans – that had already set up shop in New Zealand, as the Māori people distrusted the churchmen but immediately saw the value in trade.

Historian Lazarus Goldman, the author of the 1958 History of the Jews of New Zealand, writes that the Māori communities “took a particular liking to Polack. He reciprocated. He respected their keen intelligence and enjoyed their sense of humor.” Unlike many of the Europeans visiting the shores of Aotearoa at that time, Polack treated his Māori compatriots like he would any other person.

Polack traded for flax, an abundant resource in New Zealand, and by 1833 had set up as a wholesale merchant in the Bay of Islands, the most heavily-settled region at the time. In 1837, however, Polack returned to England and wrote two books about his experiences, contributing a great deal of early knowledge to European studies of New Zealand.

By this time, discussions had begun about the propriety of British annexation of the islands of New Zealand. Some argued that it was necessary to prevent the exploitation of Māori people by white settlers (and to beat the French to the punch), while others preferred to endow settlers with the right to self-determination. Polack found himself firmly in the former camp, and testified before an 1838 committee of Parliament to this.

The committee ultimately recommended annexation, but the opposition in Parliament was strong enough to keep the matter up in the air for a few years longer. In the meantime, a number of British merchants formed the New Zealand Company to colonize the land “whether the Government agreed to it or not.” Jewish stockholders in the company, including Sir Isaac Lyon Goldsmid, represent another example of early Jewish support for colonization.

A race then materialized for the span of about a year, in which the British government sent its agent William Hobson to New Zealand to formally colonize the nation while the New Zealand Company attempted to buy land and create a settlement before the onerous colonial bureaucracy could set in. An entire town, with thoroughfares and shops and parks, was planned out on a grid in London, although the New Zealand Company did not even know yet where they would build the place.

Numerous Jews bought sections of this town, including figures like Abraham Hort, Samuel Levy Basserman, and the Montefiore family, all of whom would become important individuals in the later development of New Zealand.

When the New Zealand Company’s fleet of ships, with seven hundred men and women aboard, finally landed at what was then Port Nicholson, on the south end of the North Island, they set to building their planned town. That Port later became Wellington, the capital of New Zealand. The hilliness of the country had not been anticipated by the English town planners, and this is often cited as one reason for Wellington’s twisted and windings roads and neighborhoods.

Wellington was not the only major spot of early Jewish settlement in New Zealand, however. Hobson, who arrived in New Zealand just hours after the New Zealand Company’s first ships reached Port Nicholson, refused to recognize the Company’s settlement as a legitimate enterprise. This was in part because it violated the terms of the British Crown’s agreement with Māori rangatira (chiefs), that only the Crown would buy land from the indigenous New Zealanders.

Hobson instead created a settlement on the Waitemata River, named it Auckland, and declared it the capital of British New Zealand. Among the traders who moved to help set up Auckland, seeing its supremacy over Wellington as a historical inevitability, were the Jewish Polack, David Nathan, and John I. Montefiore. All three declined to purchase land in the new settlement at first, deeming the prices to be too high. They were right – the Colonial Under-Secretary soon lowered the price of land.

By 1843, just twelve years after Polack first arrived in New Zealand, two major settlements had been established, both of them with notable Jewish communities. The first Jewish marriage ceremony in New Zealand took place in 1841, between David Nathan and Rosetta Aarons. Indeed, Nathan hosted Jewish services in his private quarters in Auckland, and “when the community expanded, he fitted up a special room in his store to serve as a synagogue.” The Governor also granted land to the Jewish community in Auckland to arrange a Jewish cemetery, the first in New Zealand.

Wellington, existing as it did outside of the Crown’s total approval, was handed the short end of the stick in these regards. Abraham Hort, who had bought a parcel of land with the New Zealand Company but not accompanied the original voyage, arrived in Wellington in early 1843. A man held in great esteem by London’s Jewish community, he was immediately voted to head the small community in Wellington.

That same year, Hort wrote to the Crown to request land for a cemetery and received in reply a letter stating that “the officer administering the Government regrets that it is not in his power to grant Crown lands for such purposes.” Ultimately, after an extended back-and-forth, Hort succeeded in his mission – and just in time, for Benjamin Levy’s 8-month-old child tragically died in 1845. In a letter to London’s Jewish Chronicle, Hort referred to the loss as “our first Jewish corpse.”

Although Hort noted in other letters to the Chronicle in the early 1840s that Wellington’s Jews often struggled to muster a minyan, the Jewish population in the country soon rose relatively dramatically. The population more than quadrupled between 1848 and 1861, from 61 to 326. New communities sprouted up in the South Island gold rush towns of Otago and Canterbury, and Jews also settled in Nelson, Taranaki, and Hawkes Bay.

Jews became significant members of the developing colonial community as well, bringing in not only trade but also contributing to the arts, civics, and politics. From 1863, Jews remained in New Zealand’s legislature for almost a century. Jews also became major sponsors of and writers for the many newspapers that were founded in the 1800s. One man who straddled both of these spheres was Julius Vogel.

Born to Dutch Jewish parents in London, Vogel and his Sephardic compatriot Leopold Farjeon covered the gold rush and mining boom that New Zealand experienced in the 1850s. After writing for the Colonist, the Otago Witness, and a handful of newspapers in Australia, Vogel moved to Dunedin in New Zealand to start a newspaper for miners. He persuaded investors to join him in starting New Zealand’s first daily newspaper, the Otago Daily Times, a newspaper that persists to this day.

Vogel’s foray into politics occurred under extraordinary circumstances. Although already a member of the Otago Provincial Council, he remained a full-time journalist. When the Dunedin representative in the General Assembly, New Zealand’s national legislature, resigned in 1863, Vogel covered the event for new nominations. When he arrived, however, he found the only other person there to be the retiring representative. Vogel sent out for a number of friends and “in a few minutes he was proposed, seconded and declared elected.”

Thus, at the age of twenty-eight, Vogel traveled to the then-capital of Auckland and began a controversial but illustrious political career. When the British Crown fought wars over land in New Zealand with the Māori tribes, Vogel proposed and enacted a massive lottery of the lands that were confiscated from the indigenous people – a process that would make the twentieth-century process of reconciliation and reparation much more difficult.

In 1870, Vogel made his way into the government proper, becoming Colonial Treasurer. His maiden speech opposed the practice of confiscating land from the Māori as punishment – but this meant little when contrasted with his acts of the previous decade. Nonetheless, Vogel engaged in a campaign to revolutionize the country, borrowing millions of pounds for immigration, public works, and encouraging a provincial system in the country.

Vogel began his time in the legislature as an ardent provincialist, believing that a centralized government would be clunky and ineffectual in a country of widespread colonies and few apt communication methods. By the early 1870s, however, he had changed his mind completely: New Zealand should develop the necessary communication infrastructure and then centralize, he now believed. He borrowed ten million pounds and initiated a massive public works project, seeking to connect major settlements with roads, railways, and communication lines. In 1876, New Zealand’s provincial system was thus abolished.

In 1873, Vogel was elected Premier of New Zealand (the colonial equivalent to Prime Minister), and he retained this role until 1875. For six months in 1876, he was again Premier.

Vogel is perhaps the most well-known of New Zealand’s Jews and perhaps made the greatest contributions to its development. But he was not alone in his work. From Polack’s trading and friendly relations with Māori villagers in the 1830s to the establishment of the country’s major Jewish communities as integral parts of New Zealand’s largest cities, Jews played an indispensable role in New Zealand in the 1800s. By the time of Vogel’s death at the close of the nineteenth century, there were more than 1,500 Jews living in the country, and New Zealand was more than prepared for its entrance into the twentieth century – due in no small part to the contributions of this small but dedicated community.