EXCLUSIVE: Israeli Police Broke My Arm, But They Can’t Stop Me From Resisting — Or Speaking Out. 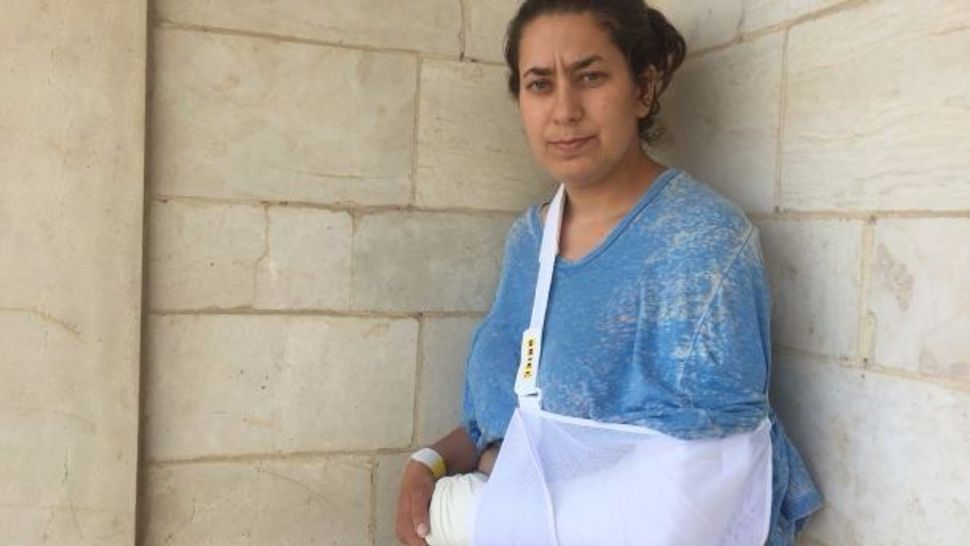 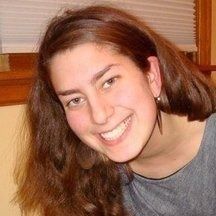 On the morning of Wednesday, May 24, I woke up in the Palestinian village of Sarura, also known as Sumud Freedom Camp. Palestinian residents of Sarura had been displaced from their homes 20 years prior and a coalition worked to return those families to their community. For the past eleven days there has been consistent Palestinian, international and Israeli presence at the camp that has withstood three IDF raids and is a clear act of resistance and Sumud, Arabic for steadfastness.

I left Sarura that morning with a few friends and headed to Jerusalem. On our way back we noticed that at nearly every Palestinian village we passed, there was a line of soldiers there enforcing a checkpoint, restricting Palestinians from getting in or out; the occasion — Jerusalem Day.

I drove to Jerusalem that day ready to use my body to stop the violence of the occupation and prevent the right-wing March of the Flags from storming through the Muslim Quarter. On Jerusalem Day, thousands of right wing nationalists parade through East Jerusalem waving Israeli flags, often yelling “death to Arabs” and vandalizing Palestinian shops. Israeli authorities force shop owners to close “for their safety.” It is a day when occupation is celebrated. I know though that as a Jew I must resist occupation.

The #DisruptJDay demonstration was organized by IfNotNow, Free Jerusalem, and All That’s Left — an unprecedented collaboration for a Jewish-led confrontation of the violence of the occupation. For the past three years, I have been active with IfNotNow, a movement led by young American Jews to end our community’s support for the occupation.

The occupation of East Jerusalem stares you in your face. Birthright groups walk through it and Jewish summer camp trips ignore it but, after 50 years of occupation, our communal ignorance is no longer acceptable. It is time for our community to face the fact that Jewish and Palestinian residents of Jerusalem do not have equal access to basic resources such as water and electricity — Jerusalem is not “united” or “reunified”, it is divided along ethnic, religious, economic and social lines.

Months ago, we decided to plan a demonstration with Israelis and other Diaspora Jews living in Israel on Jerusalem Day. Every year, Israeli Border Police march through Damascus Gate, into the Muslim Quarter to force Palestinians to close their shops. This is all in service of the March of the Flags, whose official route unnecessarily takes them through those streets on their way to the Western Wall.

About 20 minutes into our nonviolent sit-in at Damascus Gate, Israeli police viciously grabbed my left arm from behind and I heard a pop, pop, pop. Immediately, I felt immense pain and realized that I could not bend my arm. After violently grabbing my arm, the officer shoved me. I stumbled, hardly able to walk. In a matter of moments, the Palestinian Red Crescent medics were by my side and soon stabilized my arm and eventually walked me to the ambulance.

For those who marched on Jerusalem Day, the occupation is to be celebrated. But a growing number of Jews around the world know the occupation is a horrific system of violence and oppression that must be resisted at every opportunity.

Mario Salvio — leader of the Berkeley Free Speech Movement — famously said, “There is a time when the operation of the machine becomes so odious, makes you so sick at heart, that you can’t take part. You can’t even passively take part! And you’ve got to put your bodies upon the gears and upon the wheels, upon the levers, upon all the apparatus, and you’ve got to make it stop!”

That was what we attempted to do last week: put our bodies upon the gears, wheels, levers and entire apparatus of the occupation Machine, which has been functioning at top speeds for 50 years. Our sit-in aimed to stop the Israeli police from entering the Muslim Quarter and closing Palestinian businesses, therefore forcing the March of the Flags to be rerouted and enter through another gate.

We hoped to symbolize to our our community back home the ways that Israel uses violence against Palestinians in order to protect the interests of occupation and right-wing violence.

More than 60 of us gathered in the Muslim Quarter in the hours before the “sterilization” — what Palestinians call the process of the police forcing them to close their shops. When the moment came, about 25 of us linked arms and blocked the police from entering Damascus Gate. The rest joined us as we sang in hebrew — “Olam Chesed Yibaneh”, the world will be built with love — and chanted “Diaspora Jews say, End the occupation!”

Moments after we started singing, a crowd of nearly 200 right wing youth (who had started their celebrations a few hours earlier than the sanctioned march) charged at us. In spite of a long history of right-wing violence, the police did nothing to intervene. Minutes later, the police turned on us, initially pulling us away one by one. They choked us, threw us carelessly to the ground, dragged us across the rough stones, and screamed in our faces to further intimidate us.

They piled us on top of each other in a barricaded area, until we were a mangled mess. Once it was clear that we were going to continue to sing and chant, they attempted to remove us from the area entirely, using even more violent tactics. I was linking arms with another person when they grabbed me from behind and broke my arm.

After checking vitals and x-rays for 3-4 hours, doctors determined that I had fractured the upper part of my arm above my elbow. On Sunday, they told me I would need surgery since if it is not healed correctly, I would forever have a limited ability to bend my arm. Over the past several days, I have needed support to do the most basic things such as bathe, open a bottle of water, take off clothes, etc.

In a matter of seconds, the Israeli police removed my agency.

What I’m experiencing in this moment is a small example of how the occupation is used to take away agency from the Palestinian people on a daily basis. Each and every day, Palestinians are subjected to arbitrary checkpoints which delay their travel, restricted water which strips them of basic dignity, home demolitions which tear families apart, and constant surveillance that has seeped into every aspect of Palestinian society.

I am broken but not finished. Police violence will not deter me from using my position as an American Jew to fight the occupation. And, in this 50th year of occupation, I’m calling on the entire community to join me in fighting back.

EXCLUSIVE: Israeli Police Broke My Arm, But They Can’t Stop Me From Resisting — Or Speaking Out.