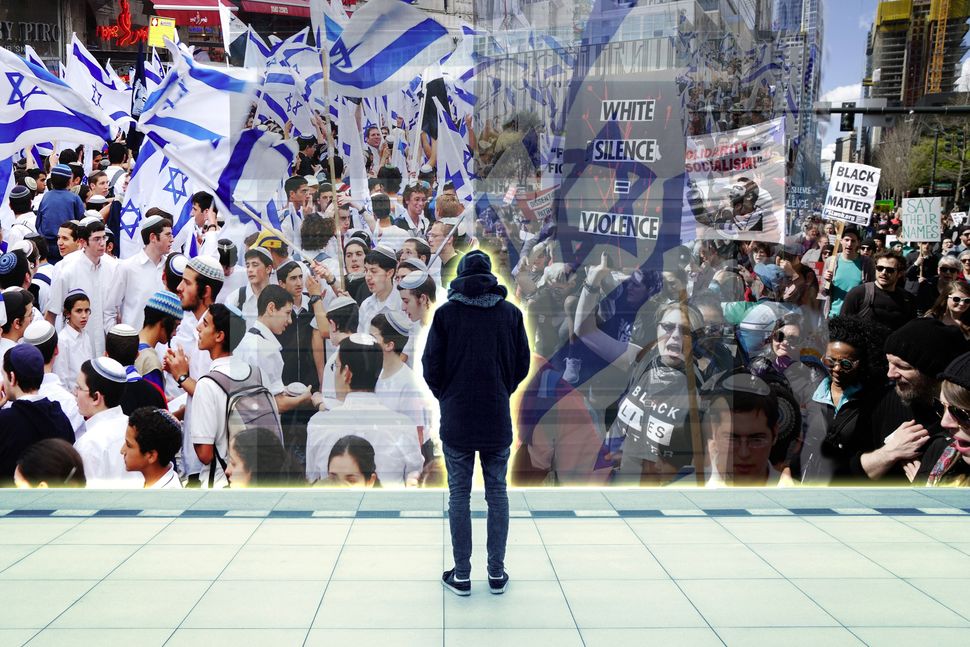 This existential sentiment feels rather vulnerable, even a bit embarrassing, to share, but I must admit that, at this point in my life, I feel religiously lonely. I find myself among others who I know share a set of common modern ethical sensibilities with me, but not religious sensibilities. I find myself among others who I share religious practices and commitments with, but not modern ethical sensibilities. I am often among those who share my theological commitments but not my societal commitments and vice versa. It is strange — ironic even — that, while my professional pursuit in life is building and empowering Jewish communities, I have not found one I can truly call my own. I’m reminded of Rabbi David Weiss Halivni’s dramatic resignation from JTS in 1983 in which he wrote: “It is my personal tragedy that the people I pray with I cannot talk to and the people I talk to I cannot pray with.”

I simply cannot conceive of a world, or a moment, devoid of Godliness. I cannot fathom a moment not in relationship to the transcendental moral voice of Torah. Yet I cannot imagine this Torah being anything other than a vehicle for human interconnectivity, epistemic pluralism, social progress, and societal engagement.

While I used to find refuge in the great Modern Orthodox thinkers, I feel grateful to them yet I now find their approaches to be limited to their time. Rav Hirsch offered us Torah Im Derech Eretz — suggesting we could simply be Jewish citizens and citizens of modern culture. Rav Kook suggested that we could just sanctify the material world. Professor Yeshayahu Leibowitz, on the polar opposite end of Rav Kook, argued for compartmentalization, where religious life has absolutely nothing to say about modern reality, yet we should participate in both fervently —albeit completely separately. Rav Soloveitchik argued that there was compartmentalization (similar to Leibowitz) but that in the next dialectical stage, there was harmony (similar to Rav Kook). Rav Shagar correctly points out that in post-modernity, “not a single one of them is still relevant.” In fact, Orthodoxy and modernity are not two separate entities to be reconciled. Rather Orthodoxy “can be perceived as a mirror image of modernity, hopelessly enmeshed in it” (Faith Shattered and Restored, 43).

I am not alone in having such a phenomenological experience. I am reminded, for example, of the life of Rav Yechiel Yaakov Weinberg (known as the Sredei Aish) one of the greatest 20th century rabbis. After his release from a German POW camp after World War II, Rabbi Weinberg moved to Montreux, Switzerland. Rather than relocating to Israel after the ordeals of the war, he remained in Europe, preferring to stay in Switzerland rather than emigrate elsewhere; he remained there until his passing in 1966. In a letter, Rabbi Weinberg explained his decision:

I am afraid to go to the Land of Israel. There are different worlds there, which reject and hate one another. I am part of two worlds, and which one should I chose when I go there. In the end, I will have to remain in solitude. Therefore, it is better for me to be alone in an empty desert than in a noisy and raucous atmosphere”

His decision, which was certainly warranted after experiencing the significant horrors of the Shoah and the challenges of readjusting to civilian life, was to retreat from choosing any real community at all. His choice was to withdraw into isolation due to his alienation from the vagaries of the world; he experienced too much heartache to stomach more conflict. For myself, at least at this point in my life, I’d rather keep a foot in each camp and embrace the discomfort than leave them all together.

Still, I find some solace in the teachings of Rav Soloveitchik who argued that there is merit to religious loneliness:

Why was it necessary to create lonely man?… The originality and creativity of man are rooted in his loneliness experience, not in his social awareness… Social man is superficial: he imitates, he emulates. Lonely man is profound: he creates, he is original.

So, though it is not easy to admit, perhaps there is some spiritual and intellectual benefit to being a “lonely man.” In the time away from a fixed community, there is the opportunity for inner spiritual growth. Every new experience away from a community function only strengthens the resolve to reach out in other ways.

Yet spiritual loneliness dare not become self-indulging or self-aggrandizing. And I’m reminded that God instructed right at the beginning of the Torah that it is not good for a person to be alone (Genesis 2:18). Yet it’s in those moments where I feel the heaviest encumbrances of my religious loneliness where I recognize that my direct conduit to God is at its strongest. This feeling is both a comfort and a vocation, a recommitment that despite the difficulties in finding a religious community that works best for me, there are still elevating sparks found in the most unexpected of places.

Perhaps Rav Shagar has it right: “[I]n light of the multiculturalism that characterizes the postmodern condition, I no longer feel the need to justify myself to the Other or, conversely, to recognize him in me -– and this is true of both the Jewish Other and the non-Jewish one,” (Faith Shattered and Restored, 44). I suspect I’m not alone in committing to engagement despite this spiritual obstacle. Sometimes, we can sit with others in religious engagement and feel profoundly lonely and name that experience as religious itself.