How Should You Teach Children About The Holocaust? One Story At A Time. 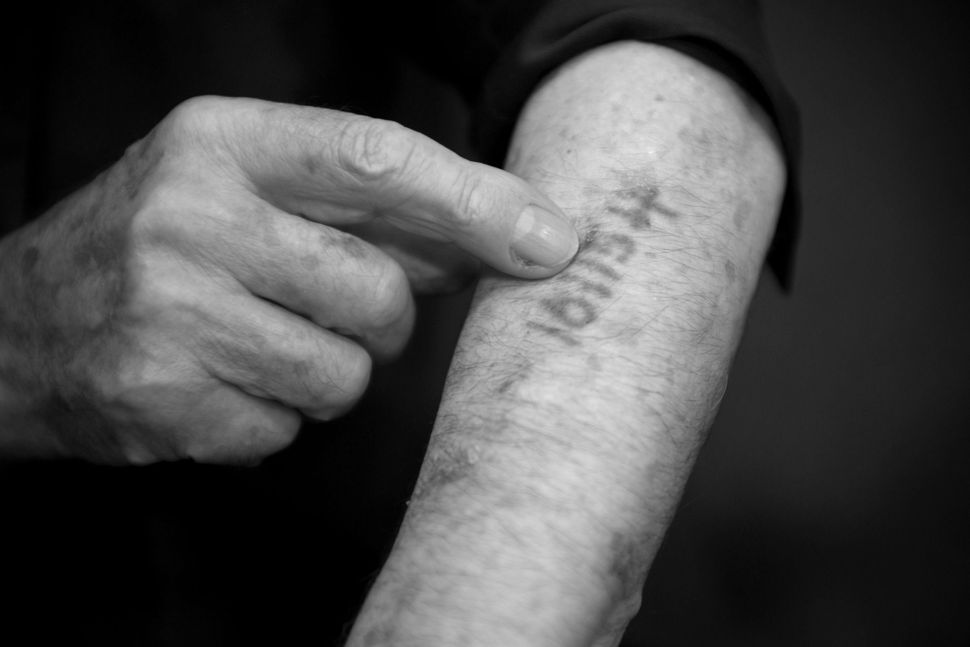 My mother survived the Holocaust. Her story is one of courage, quick thinking and good fortune. After moving, with her parents, from Austria to France then Belgium to escape the Nazis, she hid in a hospital for two years. She endured.

It always was a private story. I never thought to speak about it — until last year.

In May of 2016, I was hiking in Wyoming with a friend who was an influential member of the Jackson Hole Jewish Community (JHJC). While conversing, I casually relayed my mother’s story. My friend responded by inviting me to listen to a speaker the JHJC was bringing to town in three days as part of the commemoration of Yom HaShoah.

The next morning, my friend called me.

He said something to the effect of “Cliff, the speaker is sick. She can’t make it. Do you have any ideas regarding what we could do to replace her?” I responded, “Let me think about it for a few minutes and I’ll call you back.”

When I got off the phone, excitement coursed through me. “Why not me,” I thought? Why not use my mother’s story as a vehicle to relate the horror of those years through her experiences? Schools teach that six million died. But how does a child’s mind relate to six million? How does six million differ from one million or ten million? When faced with large numbers we tend to think collectively, almost as if there is only one tragedy. No thought is given to the unique tragedies of each of those six million. But when one individual’s story is told, and then next year another, and another after that — six million begins to have meaning. That is the power of the individual story.

My overjoyed friend checked with others responsible for the program and then called me back to tell me it was a go. But my excitement turned to concern when he said, “Can you put together a PowerPoint presentation to accompany your talk?”

At that point, I had never used PowerPoint. Nevertheless, with trepidation, I agreed.

Over the next two days, I organized my presentation with materials sent by my kids, research I did on the internet and my recollections of my mother’s story. Meanwhile, my friend scheduled me over to present to two different middle schools, once to elementary aged students, what turned out to be three presentations to high school students and an evening talk with adults. Even though I was used to speaking in public settings, I was nervous when the day came because the story is so personal and the student audiences were mostly not Jewish. The first group consisted of seventy middle school kids. “Have you ever been scared for an entire day?” I began. “I mean really scared, like grizzly bear chasing you scared.” Several hands shot up. My confidence soared. They were engaged!

“Have you ever been scared for an entire week?” Fewer hands raised. “How about a month or a year?” I then said, “My mother lived in constant fear for six years. This is the story about how she survived evil at a level never seen before.” The room was quiet — every eye turned to me with rapt attention.

I told them my mother’s story against the backdrop of the Anschluss, Kristallnacht, the German invasion of Belgium and Auschwitz. I ended with simple words regarding my mother that I had each audience repeat because I believe they are guides to living life as well: “Never Give In, Never Give Up, Never Again and Never Forget.” 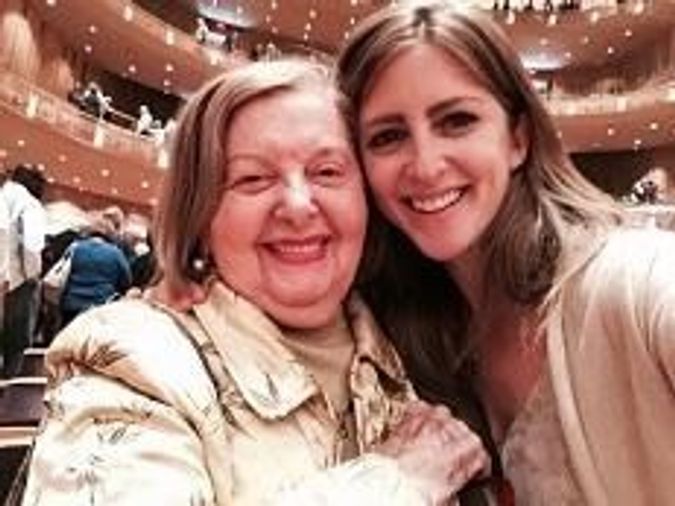 My mother, a Holocaust survivor, with one of her grandchildren. Image by Courtesy Cliff Sobin

After every talk, I answered questions. Some still resonate with me. “Do you believe people are inherently evil?,” I was asked. Or, “Have people become desensitized to the Holocaust?” And then there was the statement that moved me more than anything in which a young girl said that hearing my mother’s story had given her the determination to overcome a calamity in her life. This year, I spoke to students in Idaho. I will continue to speak, where I can, whenever asked. Why? Because it is only through individual stories, like my mother’s, will the meaning of the Holocaust be kept alive.

Otherwise, as time passes, the Holocaust will most assuredly become just another historical tragedy. And, because in those precious minutes when I was engaged with the audience, and relaying the events of a time that few of them knew much about, I too come alive with the special knowledge that somehow, someway, I am making a difference.

I implore you, if you have a Holocaust story — tell it. It matters for our collective future — it will matter for you.

Cliff Sobin is a writer with an interest in Israeli/Jewish history, MD Workers’ Compensation law, and database application design. You can learn more about him on his website.

How Should You Teach Children About The Holocaust? One Story At A Time.